Bernard Tomic’s girlfriend shares worrying Instagram posts showing deep cuts along her arm and claiming she is locked out of her $500,000 crypto portfolio – hours before cryptic posts hints they may have broken up

Bernard Tomic’s girlfriend has shared a concerning Instagram post showing a series of cuts along her arm and two very broken computers.

Vanessa Sierra, 26, shared the story hours before another post that suggested she may have broken up with the washed-up tennis bad boy.

The reality TV star was trying to show her fans the destroyed laptops in an Instagram story this weekend when she reached her left arm over the wreckage.

As she went to pick up a screen that appeared to have been severed from its keyboard, about three deep cuts could be seen on the underside of her forearm and hand. 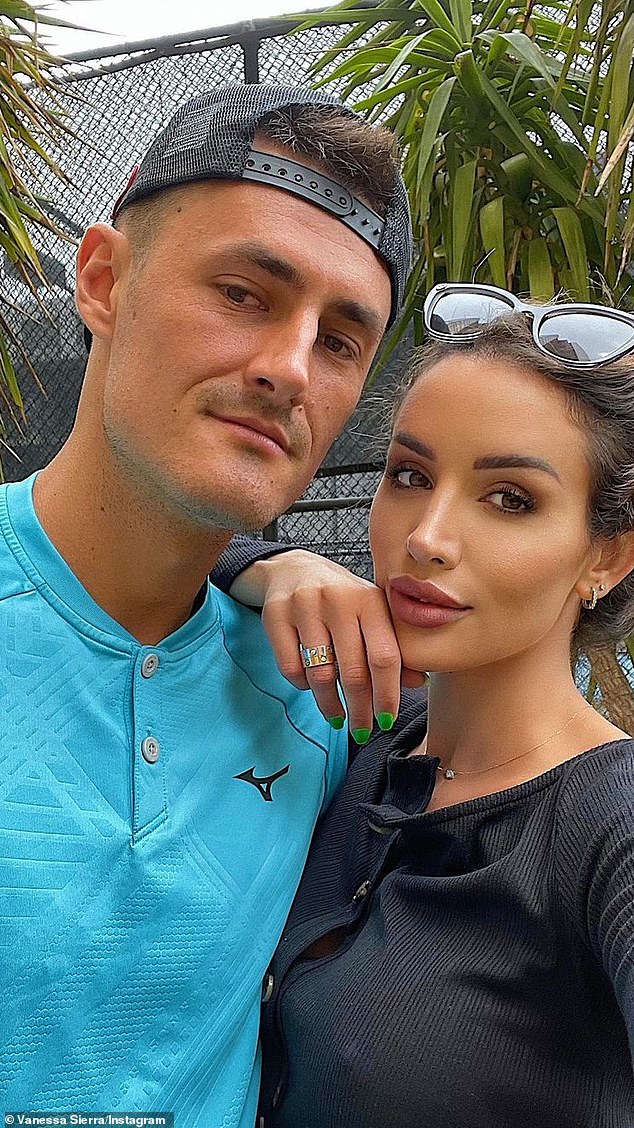 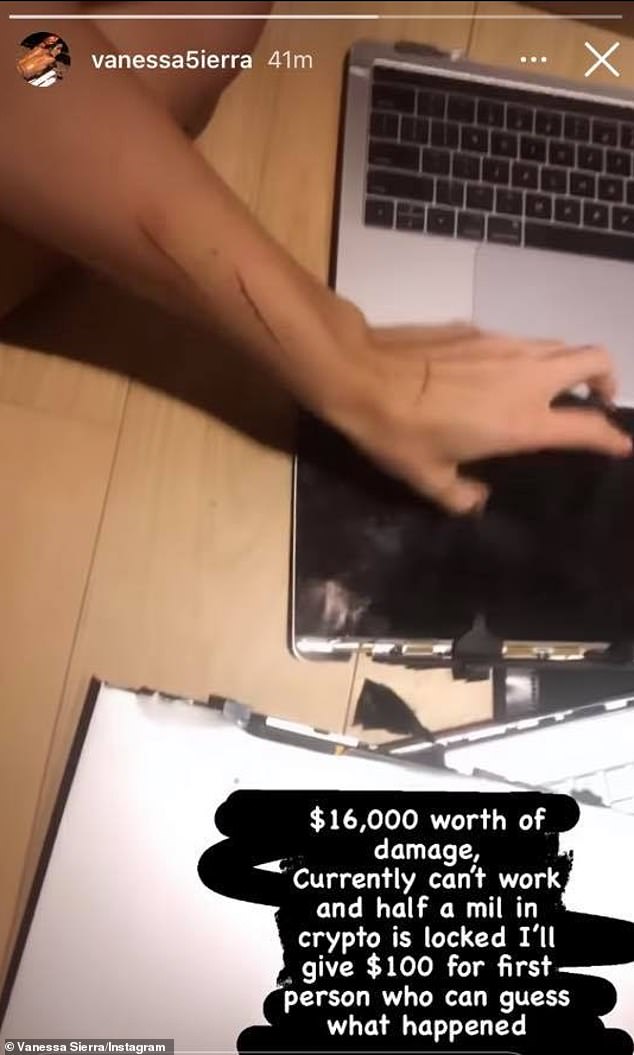 Sierra was showing her fans her two destroyed Apple laptops, and revealed three scratches on her arm (pictured)

In the caption, the OnlyFans sensation wrote: ‘$16,000 worth of damage. Currently can’t work and half a mil in crypto is locked.’

‘I’ll give $100 for the first person who can guess what happened.’

The former Love Island Australia contestant has been very open about her foray into the world of cryptocurrency and often shares her investments on her Instagram stories.

Sierra deleted the story soon after posting it and offered no clues as to how she damaged her arm, or whether she regained access to her coins.

Hours later on Sunday, the brunette beauty posted cryptic clues suggesting she may have broken up with Tomic. 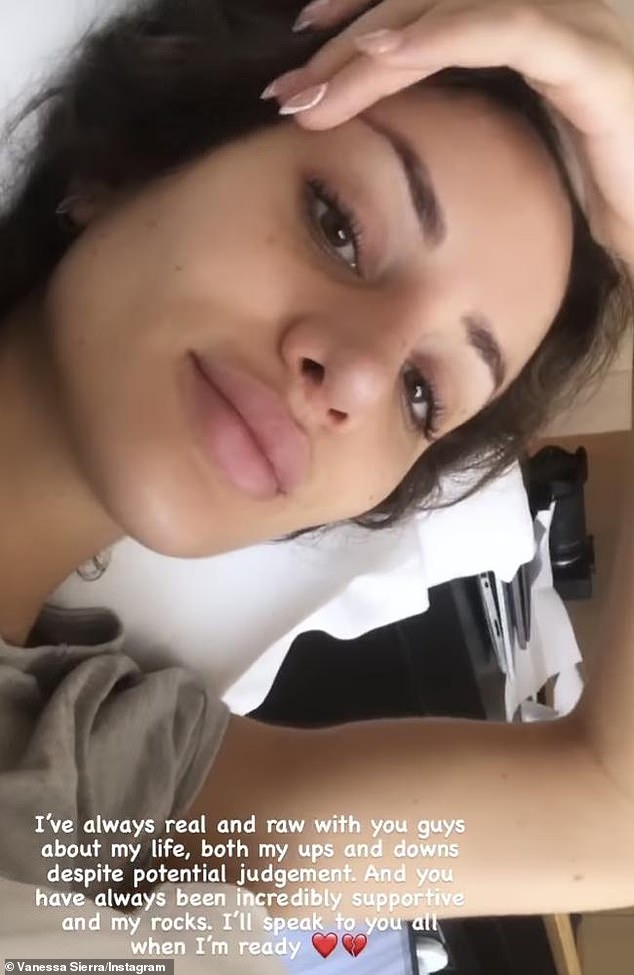 On Sunday, the brunette beauty posted cryptic clues suggesting she has been hiding information about her personal life (pictured) 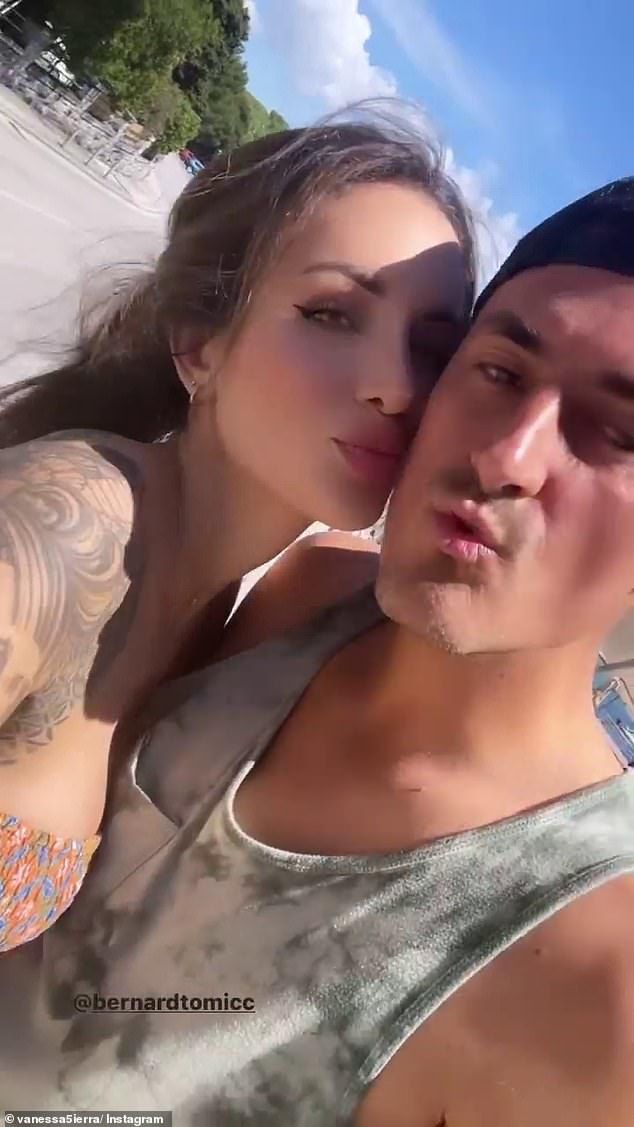 Ms Sierra and Tomic, 28, were last seen together weeks ago in a series of steamy photos taken in the beachside Croatian holiday destination, Split (pictured)

‘I’ve always (been) real and raw with you guys about my life, both my ups and downs despite potential judgment,’ she wrote.

‘And you have always been incredibly supportive and my rocks. I’ll speak to you all when I’m ready.’

She also posted a photo with the caption ‘fool me twice’ with a broken heart emoji.

Sierra and Tomic, 28, were last seen together weeks ago in a series of steamy photos taken in the beachside Croatian holiday destination, Split. 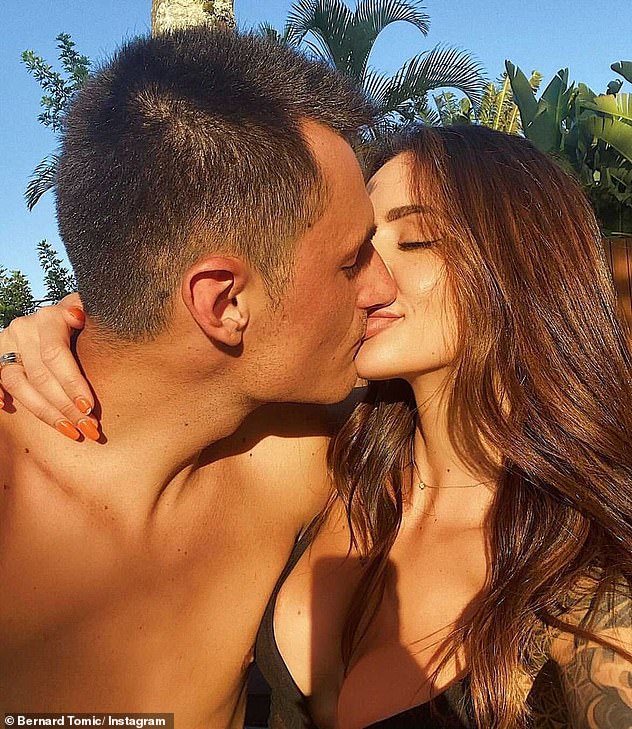 Last week, Tomic (pictured with Vanessa Sierra) found out he did not qualify for the French Open

The Instagram model shared a sweet video of them on her Instagram Story on a romantic stroll by the sea.

She puckered her lips for a selfie and Bernard cheekily joined in as well, and she flashed a diamond ‘promise ring’ gifted to her by the tennis player.

Last week, Tomic found out he did not qualify for the French Open.

Details emerged early Thursday about the nearly $1 trillion infrastructure compromise in the works by a...