Bevan Rodd will play for England soon – probably within weeks. Eddie Jones has had the Sale prop in his sights for months, which forced the rookie loosehead to consider his national allegiance.

The 20-year-old was born in the west of Scotland, but grew up in the Isle of Man and went to boarding school in Cumbria. He was dual qualified and became the subject of approaches from two countries. He made his decision and here is the explanation.

‘It’s quite complicated,’ he said. ‘All of my family apart from my dad were born in Dunoon, but I didn’t really get brought up in Scotland. I moved at the age of nine months, because my dad got a job somewhere else. So I never really got that sense of a Scottish up-bringing, which would make me see myself as an out-and-out Scottish guy. 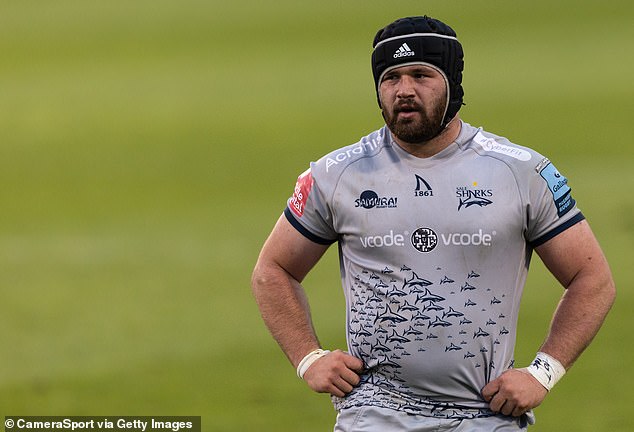 ‘My mum was brought up in Whitburn so she is very Scottish, but I went to boarding school at Sedbergh, in Cumbria, from the age of 10 – so I was brought up in a very northern (English) environment. I think people presume I’ve got a Scottish accent and I’m born and raised in Scotland, then moved to Sale. I don’t think many people know it’s not that straight-forward!’

So when Rodd found himself facing an early-career dilemma, his heart was south of the border.

‘I played Under 18s and Under 16s for England,’ he said. ‘I’ve been in the England age-group system. I don’t think the Scotland age-group coaches knew I was Scottish, so I went into the English system and stuck with that.

‘It was a really hard decision, especially because my mum is Scottish so I think she would love for me to play for Scotland. But my dad was whispering in my ear to go for England! It’s a great honour to be asked by both and even to be in their thoughts, but I class myself as more English than Scottish.

‘Matt Proudfoot (England forwards coach) has been giving me all sorts of tips on scrummaging, mauling, carrying – and Eddie Jones as well.’ 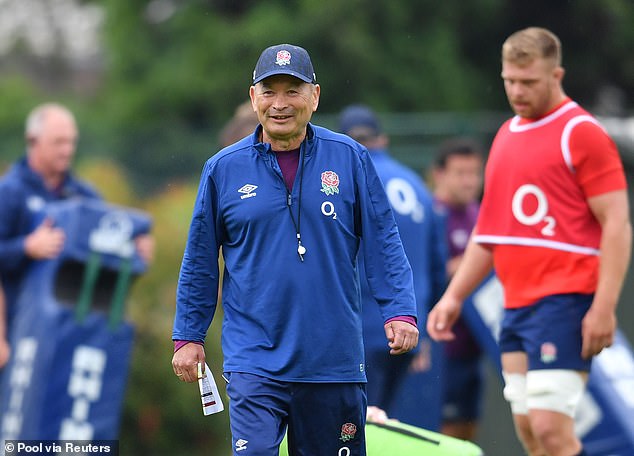 Rodd will be focussed on helping Sale overcome Exeter in the play-off semi-finals, but in the coming weeks he is likely to make his England debut as reward for a breakthrough season when he has emerged as one of the brightest new talents.

His first Sale start came in December. ‘We played against Toulon and they had Ma’a Nonu, Eben Etzebeth and Sergio Parisse,’ he said. ‘But I managed to do quite well in the scrum and get two turnovers, so I thought, ‘If I can cope against this team, I’ll be all right’.

‘It was quite surreal playing against players like that. My mate sent me a message before the game to wish me luck, with a picture of my face photo-shopped on to someone else who was running over Nonu, which was quite funny!’

Since then, Rodd has become a regular in Sale’s pack. He has coped with scrummaging duties against more experienced rivals – while brushing off the odd jibe about his scrum-cap – shown breakdown prowess and also decent handling skills. 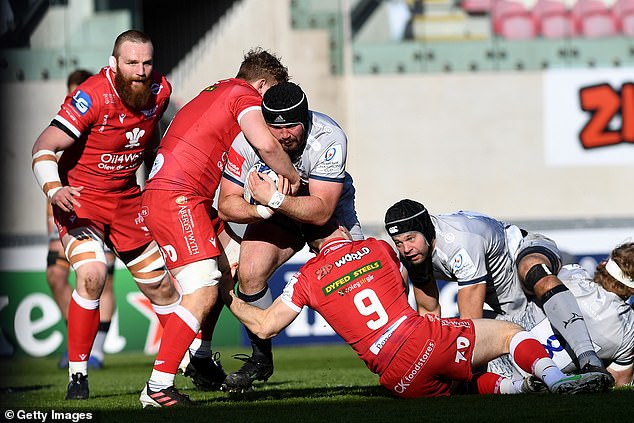 ‘I remember when I was 10 or 11 years old, my coach said to my mum, ‘He’s got a good chance of becoming a rugby player’. My mum told me and it just didn’t register. I was quite into farming and, going to school in the north, I wanted to become a farmer. But once I realised I really had a chance to get into rugby, I figured I might as well go for that instead.’

Despite growing up in the Isle of Man, he has not yet succumbed to the obsession there with high-speed, two-wheel travel.

‘I’ve moved off the island but it’s a fun place, especially when the Isle of Man TT is on,’ he said. ‘I’d suggest to anyone they should go over for that. I’d like to try it at some point, but I don’t back my skills and I think I’d be too scared to go fast!’ 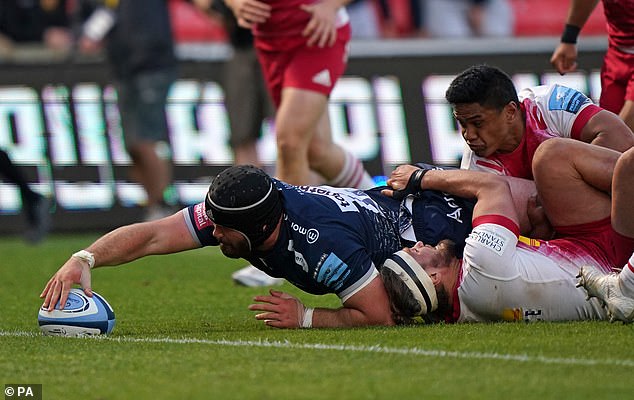 His career is certainly going fast. Sanderson may have outed Rodd for dancing naked in the Sale changing-room after matches, but he also salutes his talent. ‘He’s really carved himself a niche in this side,’ he said.

‘You just can’t find them; young props who can scrum and do what he does around the field. They take years to develop. We’ve got someone now who’s a ready-made package.’

If Sale can overcome champions Exeter at Sandy Park on Saturday, Rodd hopes to be at Twickenham with his club next Saturday – with a Premiership title in their sights.

Then he may be back at the national stadium next month, on England duty. A remarkable campaign could end in remarkable fashion, with club and country, and he said: ‘It’s really exciting – I just hope it all pans out. I’ll be trying my best to make it all happen.’