Beware social isolation is a deadly poison.. your exposure to dementia and chronic diseases


When it comes to longevity, a lot of the focus is on the foods you eat and the best types of exercise you do, and following this healthy diet helps reduce the chances of developing chronic diseases, such as heart disease that kills millions every year, stress and diabetes.

However, there are other habits that contribute to longevity and improved health, and research suggests that they should not be overlooked.express“, who confirmed that published research confirms that strengthening social relationships is one of the good tricks that contribute to improving the psychological and physical condition, and reducing the chances of chronic diseases.

Data was extracted about many characteristics of the participants, including the cause of death and current and previous health status, and the researchers confirmed that people who enhance interaction with others and care about social relationships have 50% good health, in contrast to people who live alone because they are more likely to suffer from chronic diseases. 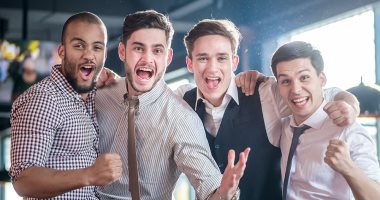 The Centers for Disease Control and Prevention (CDC) citesCDCA number of studies have found that social isolation is associated with poor health outcomes.

In one study, social isolation significantly increased a person’s risk of early death, because it increases a person’s habits that destroy his health, such as smoking, being overweight, and not doing any physical activity, and social isolation has been associated with an increased risk of dementia by 50% in people. who live alone.