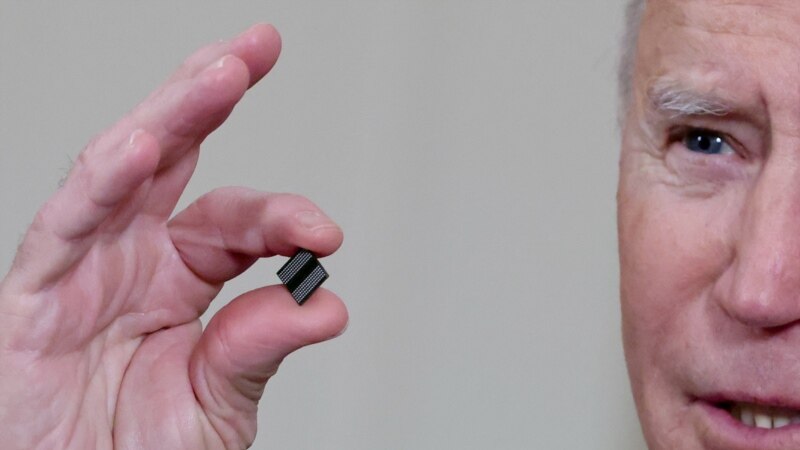 Since Russia began massing troops on Ukraine’s border, President Joe Biden’s administration on multiple occasions warned that any further aggression by Moscow toward its neighbor would be met with unprecedented levels of sanctions. Now, the White House appears to be dropping some specific hints about what those sanctions would look like.

According to numerous reports, the Biden Administration is considering restricting chips and products with integrated circuits bound for Russia, imposing its authority over foreign-made items if they are designed with software or U.S. technology, or produced with U.S. equipment.

The regulation echoes similar ones taken by the Trump Administration. against Chinese telecommunications giant Huawei in 2020 that had devastating consequences for the company’s business.

Although it is still unclear to what extent the Biden Administration intends to cut off Russian supplies of high-tech equipment, according to experts.

“As with any kind of major event, crisis or potential invasion, government leaders want options,” he explained to the Voice of America Kevin Wolf, former undersecretary of commerce for export administration in the Bureau of Industry and Security.

Wolf, now a partner at the Akin Gump law firm in Washington, also said the administration is unlikely to signal exactly what action it will take unless Russia forces its hand by trying to seize more territory from Ukraine.

What is the rule based on?

The regulation is based on the implicit threat that businesses that rely on technology or the software The U.S. government’s ability to use the U.S. market to produce their products, even if the physical components of the products are produced outside the U.S., could be deprived of crucial licenses or equipment if they refuse to comply with the U.S. export ban.

According to Jim Lewis, senior vice president and director of the Strategic Technologies Program at the Center for Strategic and International Studies, the extreme scope of the rule, in the business dealings of non-U.S. companies, “makes it politically fraught.”

However, in conversation with the VOALewis said that “using force against Ukraine really justifies it.”

* With information from Rob Garver, Voice of America reporter, from Washington DC.

Yahoo EntertainmentColbert and Corden call out leaders after massacre at Texas elementary school: 'Show a modicum of courage'Stephen Colbert and James Corden both opened their shows Tuesday addressing...

There have been dozens of shootings and other attacks in U.S. schools and colleges over the years, but until the massacre at Colorado's Columbine High School in 1999,...