The Department of Homeland Security is reportedly laying plans to increase the number of migrants released into the U.S. as the Biden administration struggles to cope with the ongoing surge at the border.

Internal DHS communications show that expanding the number of migrants in the Alternatives to Detention (ATD) program is a priority, and the department is pushing to streamline the program, Fox News reported on Friday.

The ATD program releases migrants who are present in the U.S. illegally as they await status hearings, monitoring them through such measures as periodic check-ins and GPS ankle bracelets.

The expansion of the program was perhaps inevitable, as the government faces a dramatic surge in illegal crossings at the border, with more than 172,000 encounters in March alone, including an historic number of unaccompanied children. 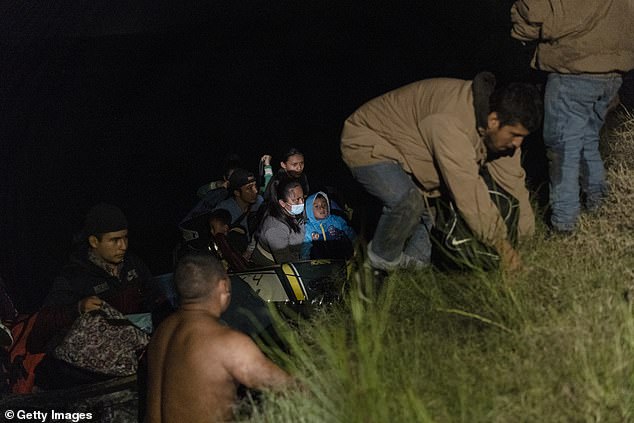 The Department of Homeland Security is reportedly laying plans to increase the number of migrants released under the ATD program. Above, migrants enter Texas on Thursday 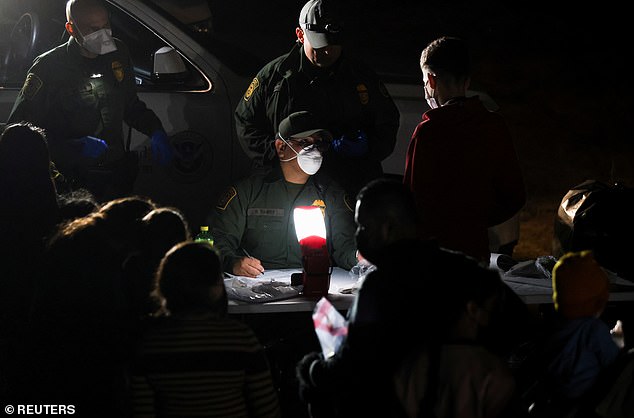 Currently, most solo adults are slated for quick deportation. But adults that cross with young children, as well as unaccompanied children, are typically allowed to remain in the U.S.

“The Biden administration has made it clear that the border is not open,” a DHS spokesperson said regarding the expansion of the ATD program.

“Our policy is to expel single adults and families. In situations where individuals cannot be expelled, they are placed into removal proceedings and a custody determination is made, which could result in an Alternative to Detention program,’ the spokesperson added.

The Biden administration has gone to dramatic lengths to cope with the crisis, shipping unaccompanied children to be housed as far away from the southern border as Pennsylvania, and spending $86.9million to house 1,200 migrants in hotels until September.

Republicans blame the crisis on Biden, saying he dismantled key immigration rules imposed by Donald Trump. Democrats say that Biden inherited a broken system, including cruel policies he is attempting to remedy. 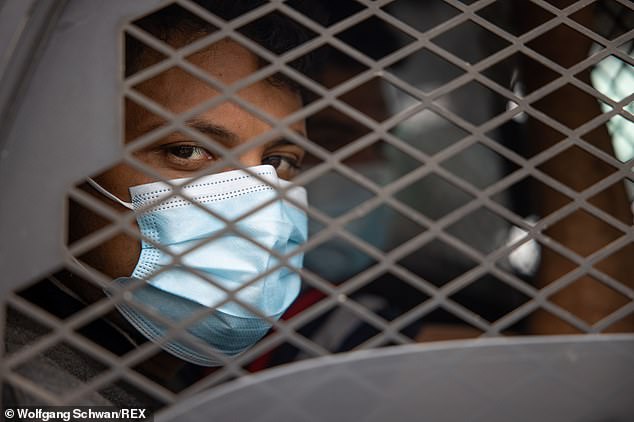 Migrants seeking asylum, are detained and sent to be processed in La Joya, Texas earlier this month. The government faces a dramatic surge in illegal crossings at the border 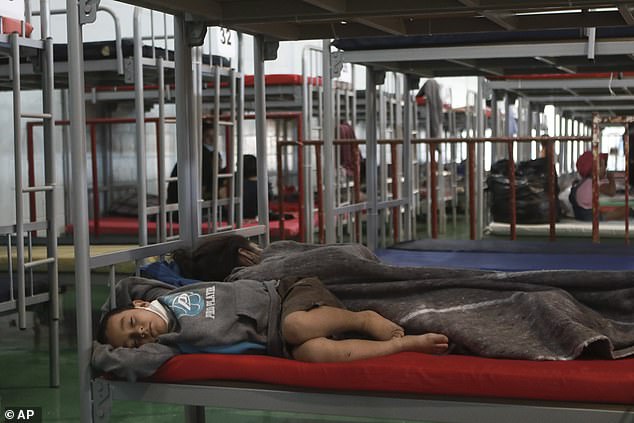 A mother and child sleep in a cot at the Kiki Romero Sports Complex after they were deported from the U.S., in Ciudad Juarez, Mexico on Wednesday

In March, U.S. Customs and Border Protection released data showing they had encountered the highest number of unaccompanied children in history crossing the southern border.

Many were funneled into holding facilities that were far over-capacity, with children sleeping on mats just inches apart and hallways requisitioned for holding space.

DHS pleaded for help from other federal agencies, including NASA, asking their staffers to volunteer to foster some of these children to ease the pressure on the intake centers.

Harris has insisted she will travel to Guatemala and Mexico in the next month, but has not expressed interest in visiting the border wall or migrant holding facilities.

The White House has insisted her role is to try and determine the ‘root causes’ of migration, such as economic strife and violence that motivate people to try and reach America. 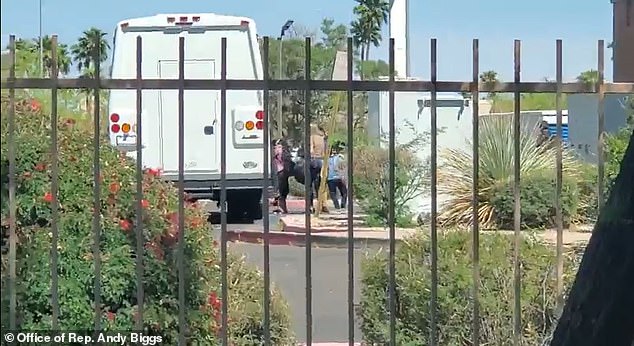 Migrants being housed at a hotel in Arizona are seen boarding a bus, purportedly to catch flights. Some may be deported, and others could be enrolled in the ATD program 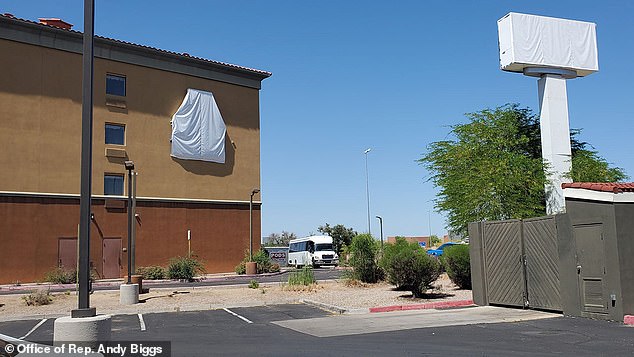 The hotel, seen with its signs covered, is one of seven Immigration and Customs Enforcement have taken over as part of an $86.9million to house 1,200 migrants until September

DailyMail.com on Friday revealed new video and images showing groups of migrants being taken from an Arizona Holiday Inn that has been converted into a shelter and being dropped off at an airport.

The footage shared with DailyMail.com by Rep. Andy Biggs, an Arizona Republican, purportedly shows children and adults who have recently crossed the border getting onto buses at the hotel in Chandler en route to catch flights.

The hotel is one of seven Immigration and Customs Enforcement have taken over as part of an $86.9million to house 1,200 migrants until September to ease the overflowing detention facilities.

It is not clear where they are getting the flights, but many haven’t been expelled from the US and are awaiting immigration proceedings.

Some of these migrants are sent home while others are put into the ATD program.