Biden and Xi meet on Friday to talk about Ukraine 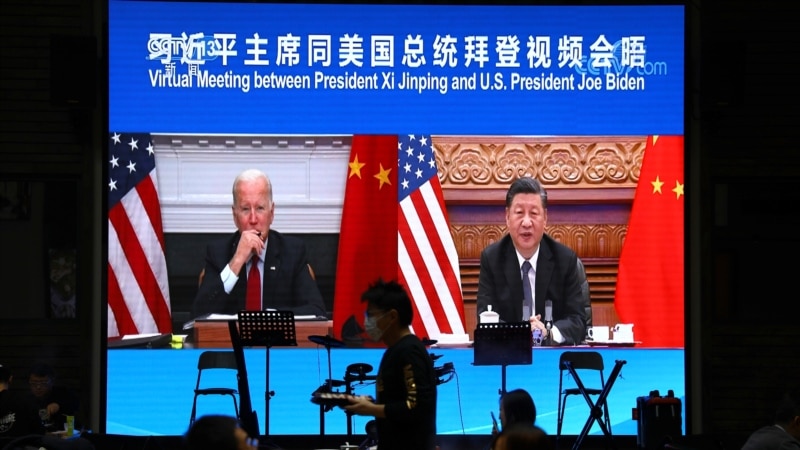 US President Joe Biden will hold talks with his Chinese counterpart Xi Jinping on Friday about Russia’s war against Ukraine and economic competition between the two countries, the White House announced Thursday.

“This is part of our continuing efforts to keep the lines of communication open between the United States and the People’s Republic of China,” White House press secretary Jen Psaki said in a statement.

Friday’s call comes as Biden works to complete his administration’s foreign policy adjustment, known as the “pivot to Asia,” to more accurately reflect Washington’s view of China as the most important military and economic competitor. from the United States.

China, a close ally of Russia, has refused to condemn the Russian invasion of Ukraine. Sullivan sought more transparency about Beijing’s position on Russia at Monday’s meeting in which he warned that any Chinese attempt to help Russia avoid Western sanctions would cost the Xi government.

Ties between Beijing and Moscow

The US informed its Asian and European allies on the same day that its intelligence reports concluded that Beijing had indicated to Russia that it would agree to provide military and financial support to Moscow.

Officials have warned that Beijing helps spread Russian disinformation which could be a pretext for the Kremlin to order attacks on Ukraine with biological or chemical weapons.

Chinese Foreign Ministry spokesman Zhao Lijian last week reiterated baseless Russian claims that there were 26 biological labs and related facilities in Ukraine “over which the US Department of Defense has absolute control.”

The United Nations has said there is no information to support the accusations.

In early February, weeks before the Russian invasion of Ukraine, the Russian president, Vladimir Putin met with Xi in Beijing for the start of the Winter Olympics. During the visit, the two leaders declared in a 5,000-word statement that their “friendship” knew no bounds.

* Some information in this report came from The Associated Press, Agence France-Presse and Reuters.

World-Famous Ukrainian Cat Makes It To France From Besieged Kharkiv