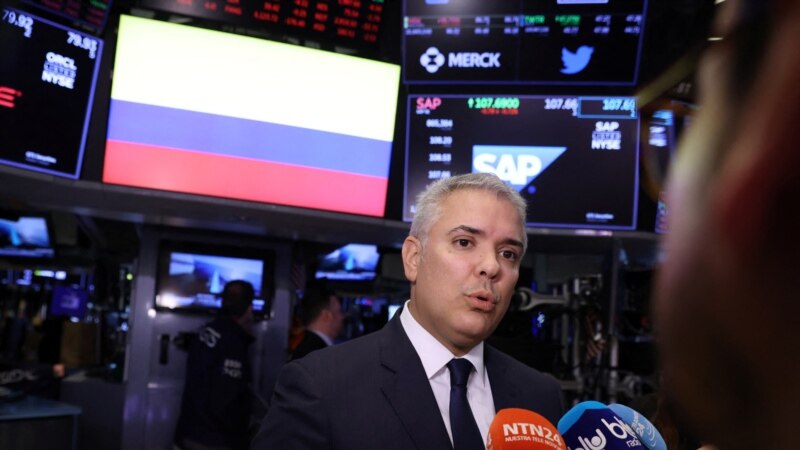 President Joe Biden formally asked the United States Senate and House of Representatives to name Colombia as a “strategic partner outside of NATO.”

“I make this designation in recognition of the importance of the relationship between the United States and Colombia and Colombia’s crucial contributions to regional and international security,” Biden said in a statement Thursday afternoon.

On the same day, Colombian President Iván Duque thanked his US counterpart for his decision, highlighting the level of collaboration between the two governments.

Biden had made the announcement of such intention during President Duque’s visit to the White House and at the beginning of March.

Colombia became a NATO partner in 2017, being the first in the region to do so.

The announcement comes when Washington has closed ranks with several Latin American countries, as was the meeting of chancellors this week in Panama and constitutes an advance to the Summit of the Americas and on the same Thursday he reestablished diplomatic contacts for migratory matters with Cuba.

On the other hand, the Secretary of State for Economic Growth, Energy and the Environment, José Fernández, traveled for a two-day meeting in Chile, in order to air the US strategy against the pandemic, economic exchange with the southern nation and environmental issues.

An English football team raises the flag of Palestine… and its boss: Israel has besieged it for decades, and what is happening is a disgrace to the West | Sports issues

An English football team raises the flag of Palestine... and its boss: Israel has besieged it for decades, and what is happening is a disgrace to the West | Sports issues