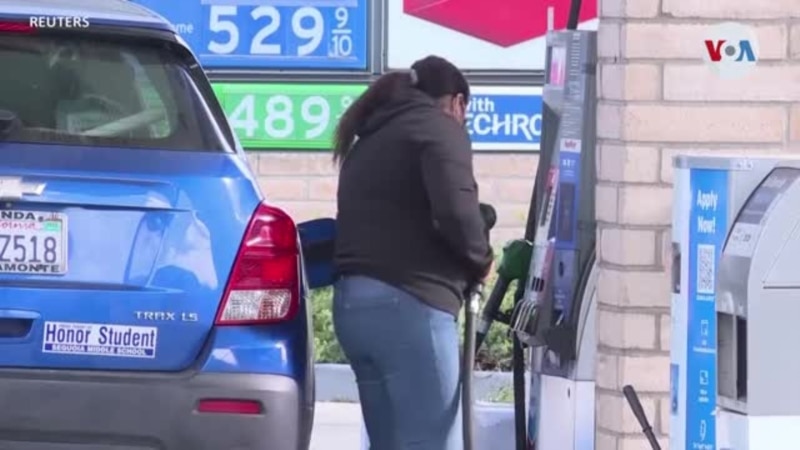 TITLE: Biden asks Congress to suspend taxes on gasoline to reduce its price in the US

The discontent of Americans over the record price of gasoline led President Biden to propose new extraordinary measures this Wednesday in the hope of being able to lower the cost of crude oil. Iacopo Luzi has the story.

Gasoline remains at record prices in the United States, with a national average of nearly $5 a gallon. And against this scenario, President Joe Biden asked Congress on Wednesday to temporarily suspend the federal tax on gasoline, an effort to dampen prices that have stoked frustration across the United States.

That would be a potential savings of 18 cents a gallon on gasoline and 24 cents a gallon on diesel through the end of September, just before the midterm elections. Those funds usually allow maintaining federal highways and other infrastructure, but the president guaranteed that the exemption will not impact this sector.

((ENG: “With the tax revenues up this year, and our deficit down over $1.6 trillion, This year alone, we’ll still be able to fix our highways and bring down prices of gas, we can do both at the same time.”))

ESP: “With tax revenues rising this year and our deficit below $1.6 trillion, in this year alone, we’ll still be able to fix our roads and lower gas prices. We can do both at the same time.”

The president will also ask states to suspend their own gasoline taxes, hoping to ease the economic pain that has contributed to his declining popularity.

However, the White House faces an uphill battle to get the waiver approved by Congress. Republicans are adamantly opposed and have accused the administration of undermining the energy industry, while even members of Biden’s own party have expressed concern that companies absorb much of the savings, leaving little for consumers.

((ENG: “My message is simple to the companies running gas stations, and setting those prices at the pump. This is a time of war. Global peril, Ukraine, these are not normal times, bring down the price you are charging at the pump to reflect the cost you are paying for the product. […] Your customers, the American people, they need relief now.”))

ESP: “My message is simple for the companies that manage gas stations and set those prices at the pump. This is a time of war. Global risk, Ukraine, these are not normal times, please reduce the price you are charging at the pump to reflect the cost you are paying for the product. Do it now. Do it today. Your clients, the American people, need relief now.”

The price of gasoline, which Putin’s war in Ukraine has caused to increase by two dollars since February, will be a topic that Joe Biden will also touch on his trip to Europe when he will meet with members of the G-7 and NATO.

In fact, in the face of China and India, which are buying Russian crude that no longer goes to the West, Moscow is surviving the sanctions. Something the allies want to address.

Going back to gasoline tax breaks for a second, critics have questioned their effectiveness, dismissing the idea as little more than a desperate attempt by the White House and vulnerable Democrats to show that the party is attentive to Americans’ financial woes. .

From the White House, Iacopo Luzi, Voice of America.

You only need your naked eyes... Watch a rare alignment of 5 planets at dawn June 24 | Sciences