Biden calls for release of U.S. civilian kidnapped by Taliban 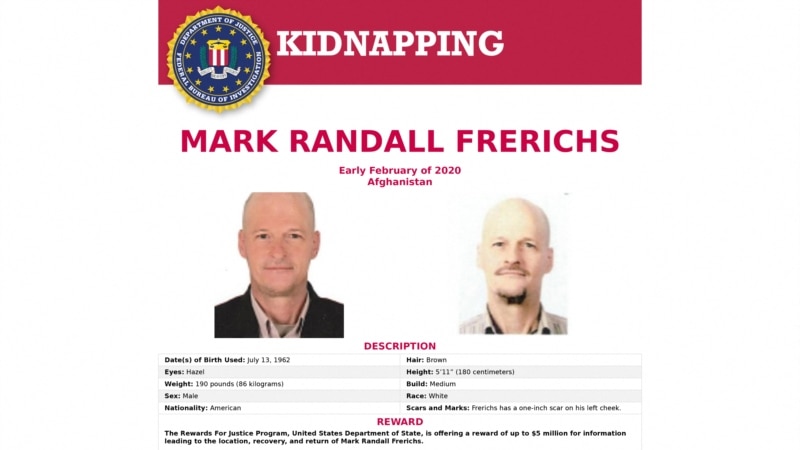 U.S. President Joe Biden on Sunday called on the Taliban in Afghanistan to release a U.S. civilian engineer kidnapped two years ago.

Mark Frerichs is a 59-year-old U.S. Navy veteran who worked in Afghanistan for a decade on development projects and is believed to be the last remaining American hostage held by the Islamist movement.

Frerichs was kidnapped a month before the February 2020 troop withdrawal agreement and transferred to the Haqqani network, a brutal Taliban faction that has been blamed for the worst attacks during the war in Afghanistan.

This Monday marked his second year in captivity.

“Threatening the safety of Americans or any innocent civilians is always unacceptable, and hostage-taking is a particular act of cruelty and cowardice,” Biden said in a statement.

He added that “the Taliban must release immediately before they can expect any consideration of their aspirations for legitimacy. This is non-negotiable.”

Frerichs’ family has criticized the U.S. government for not pressing harder for his release. Last week, his sister Charlene Cakora made a personal appeal to Biden in an op-ed published in The Washington Post.

The State Department said in a statement that it has raised Frerichs’ release at every meeting with the Taliban, and Secretary of State Antony Blinken himself said in a Twitter message, “We call on the Taliban to release him. We will continue to work to bring him home.”

U.S. and Taliban officials met for the first time after the August troop withdrawal in Doha, Qatar, in October. The Persian Gulf state represents U.S. interests in Kabul.

The emir of Qatar was scheduled to visit the White House on Monday to discuss a range of issues including global energy security.