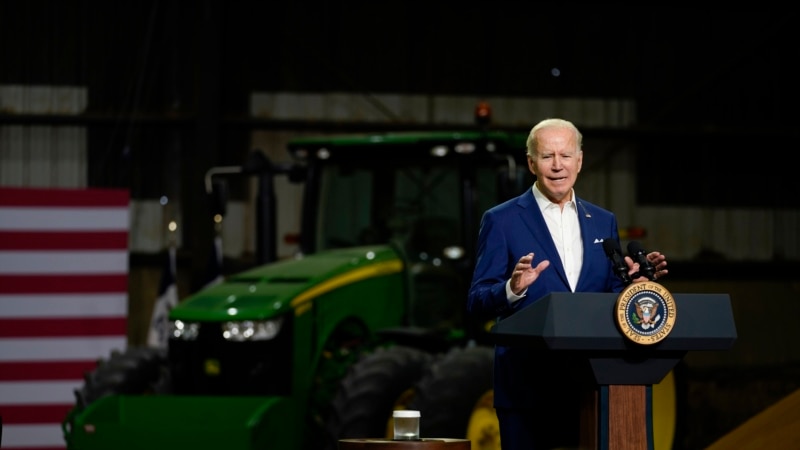 “Your family budget, your ability to fill your tank, none of that should depend on whether a dictator declares war and commits genocide on the other side of the world,” Biden said during a visit to the US state of Iowa to promote a program to announce measures to deal with the rise in the price of gasoline.

Following those remarks, the US president defended his decision to label Russia’s actions as genocide while speaking to reporters before boarding Air Force One.

“We will let the lawyers decide if he qualifies or not, but it seems that way to me,” he added.

Biden previously described Putin as a “war criminal”, after the discovery of hundreds of civilians murdered in Bucha, on the outskirts of kyiv, an action that has caused worldwide revulsion.

For his part, Ukrainian President Volodymyr Zelensky, who has repeatedly accused Moscow of attempted “genocide,” quickly responded by tweeting at Biden: “True words from a true leader, the President of the United States.”

“Calling things by their name is essential to confront evil,” the Ukrainian president added via Twitter. “We are grateful for US assistance so far, and urgently need more heavy weapons to prevent further Russian atrocities in the future.” .

While the number of casualties in the cities occupied during the offensive to take kyiv is still coming to light, the largest number of civilian casualties is feared to be in Mariupol, where Zelenskyy said he believed Russia had killed “tens of thousands”. “.

But if there was any hope that Russia could end its almost month-and-a-half long invasion of Ukraine anytime soon, Putin ruled them out on Tuesday while speaking to workers at the Vostochny Space Launch Facility in Russia’s Far East.

During Tuesday’s visit, the Russian leader said that the fight will continue until his army achieved what he described as his country’s “noble” goals.

* VOA reporters Cindy Saine, Nike Ching and Steve Herman contributed to this report. Some of the information for this report came from The Associated Press, Agence France-Presse and Reuters.