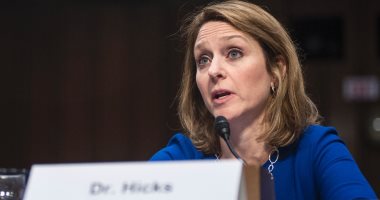 US President-elect Joe Biden on Wednesday nominated Kathleen Hicks, deputy secretary of defense, to be the first woman to hold the position if the Senate approves the nomination.

Hicks leads Biden’s transition team at the Pentagon and is a former department official who recently worked for the Center for Strategic and International Studies, a think tank in Washington.

Biden announced earlier this month that retired General Lloyd Austin, who was overseeing US forces in the Middle East during the era of former President Barack Obama, had been chosen for the position of Defense Secretary in his administration.

Boy and his dog abandoned in Ohio cemetery before Christmas

Covid-19: What do further tier four restrictions mean for sport in England?