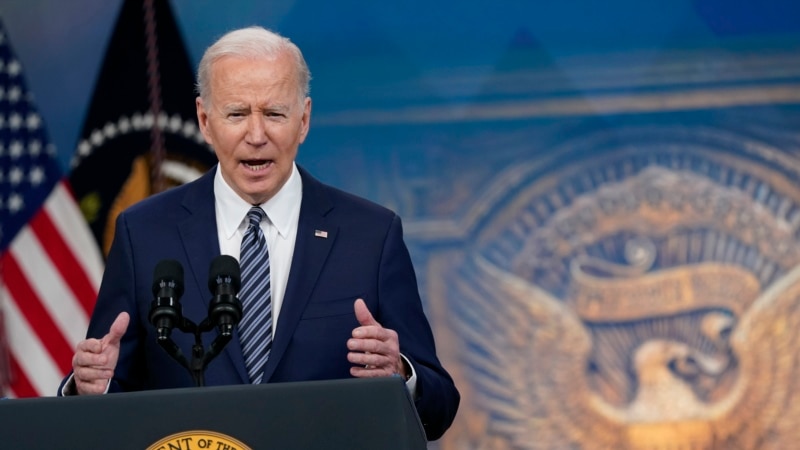 Recent reports of likely misadvice to Russian President Vladimir Putin by his closest advisers were corroborated on Thursday by US President Joe Biden, who said the Russian leader is “in asylum.”

“It seems that he is isolated and there are indications that suggest that he has apprehended or fired some of his advisers,” Biden explained about Putin’s actions in Ukraine, in an exchange with journalists at the White House. “But I don’t want to make too much of that at this point,” he added.

On Wednesday, British intelligence services also alluded to Putin’s bad advice by launching into the invasion of Ukrainesomething they attribute to the lack of trust between the Russian president and his advisers.

More than a month after the start of the war in Ukraine, and in the face of the severe energy crisis caused in the world, Biden ordered the release of a historic number of barrels of oil per day.

“We have a gas station crisis, so let’s show our unity, determination and innovative spirit, and we’ll come out on top in the long run. We are going to answer to the autocrats and dictators of the world and we are going to work with those who are willing to join us, ”said the president from the White House.

Biden announced the release of one million barrels of oil per day from US reserves in the face of the strong crisis and high prices that the US and part of the world are experiencing.

“The reason is Putin’s war,” Biden said at the beginning of his speech, adding that the Administration is making sure to coordinate with other partners around the world to prevent the Russian president from “using oil production as a weapon.” ”.

President Biden’s popularity has plummeted since inflation hit a 40-year high in February and oil and gasoline costs rose after the Russian invasion of Ukraine. Crude oil was trading at nearly $105 a barrel on Wednesday, down from $60 a year ago.

Later Thursday, Pentagon press secretary John Kirby told a news conference that he questioned recent statements by the Russian government that it would scale back its attacks.

“What they call de-escalation, I call regrouping,” Defense Department spokesman John Kirby said at a news conference on Thursday. “kyiv remains one of the main targets of their air strikes,” he added.

Kirby noted, for example, that Pentagon experts believe that a small number of Russian troops, being relocated around kyiv, will likely be sent to Belarus for resupply and refit before being sent elsewhere in Ukraine.

It is believed that the president’s advisers are too afraid to tell the truth, about the stalling of the incursion into Ukrainian territory.

* Jeff Seldin, a VOA reporter in Washington contributed to this report.

Hungary Gears Up For Chance To Vote Out Autocrat Orban

Features of complete separation… How did the war deepen the ecclesiastical dispute between Russia and Ukraine? | Politics news

Features of complete separation... How did the war deepen the ecclesiastical dispute between Russia and Ukraine? | Politics news