Biden insists inflation is ‘expected’ and only ‘temporary’ and says his multi-trillion dollar spending packages will LOWER prices in the long run after a record-breaking spike of 5.4% in June

President Joe Biden on Monday hit back at growing concerns that his massive spending plans were driving up inflation, insisting that price rises were ‘temporary’ and ‘expected’ as the nation tried to bounce back from the pandemic.

Fears of inflation are emerging as a key obstacle for passing his infrastructure and family plans.

And Republicans are using the data to argue that the administration’s tidal wave of spending is making life worse for working families by driving up prices of staples such as milk and gas.

But Biden said the investments would rebuild U.S. supply chains and ease pressure on production that had contributed to rising prices.

‘If we make prudent, multi-year investments in better roads, bridges, transit systems and high speed internet, in a modern resilient electric grid, here’s what will happen: It breaks up the bottlenecks in our economy; Goods get to consumers more rapidly and less expensively; small businesses create and innovate much more seamlessly,’ he said. 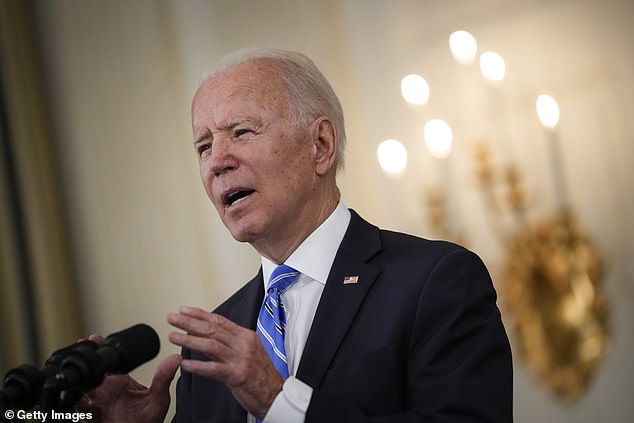 President Biden hit back at inflation fears, saying that price rises were ‘temporary’ and ‘expected’ as the nation tried to bounce back from the pandemic 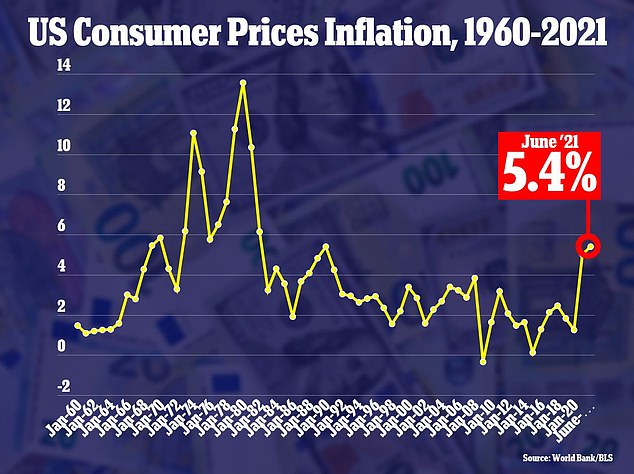 Inflation jumped 5.4 per cent in June compared to a year ago 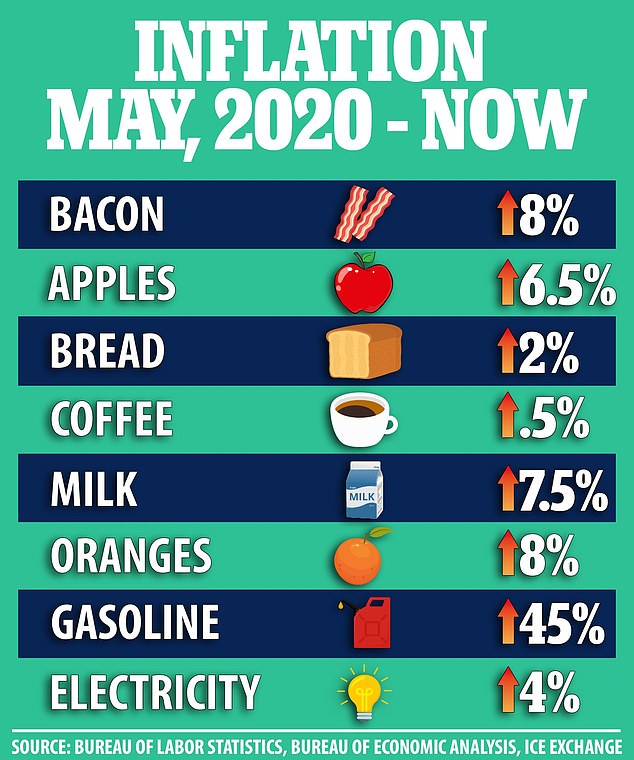 The cost of staples like milk are on the

The economy roared back into life as vaccinations became available in the spring, COVID-19 restrictions were loosened and Biden’s $1.9 trillion stimulus package was spent.

Forecasts suggest the country could see as much as 7 percent growth this year.

Those good feelings came at a cost. A report published last week showed a 5.4 percent surge in inflation in June compared to a year ago.

‘Some folks have raised that this could be a sign of persisting inflation,’ said Biden in a White House address from the State Dining room. ‘That’s not our view

‘Our experts believe and the data show that most of the price increases we’ve seen were expected and are expected to be temporary.

‘The reality is you can’t flip the global economic light back on and not expect this to happen.’

But Biden said his infrastructure and families agenda must be passed in order to sustain the economic momentum of his first six months in office.

Each comes with a substantial bill – $1 trillion for a bipartisan infrastructure package and 3.5 trillion in social services, education and support for families.

Senate Majority Leader Chuck Schumer has set a Wednesday deadline for a procedural vote on the infrastructure bill, even as senators continue to negotiate the details.

Biden said his ‘blue-collar blueprint’ for building back the economy was crucial to beating down inflation.

‘This is the best strategy to create millions of jobs and lift up middle class families, grow wages and keep prices affordable for the long term,’ he said. 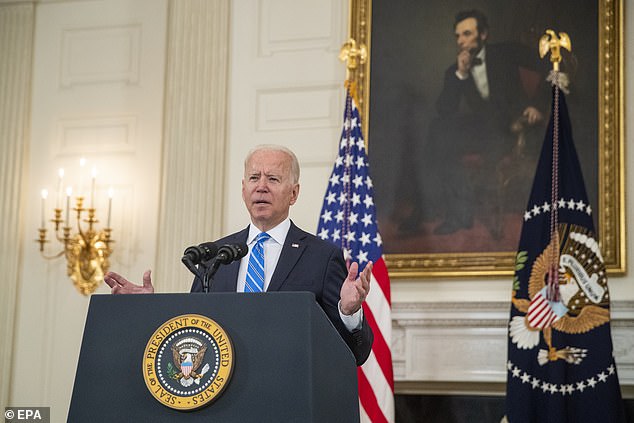 Biden said investments would rebuild U.S. supply chains and ease pressure on production that had contributed to rising prices

In the same way he said, more affordable childcare would help more people into the work force, raising wages without raising prices.

Biden delivered his remarks a day before marking six months in power. He said it was an appropriate point to show that forecasts for his handling of the economy – such as it would mark the death of capitalism – were wrong.

‘It turns out capitalism is alive and very well,’ he said.

‘We’re making serious progress to ensure that it works the way it’s supposed to work: For the good of the American people.’

Republicans see an easy attack line and have begun to refer to ‘Bidenflation’ on the campaign trail.

They frequently compare his handling of the economy with President Carter.

‘If you look at inflation and the first six months of this year, it’s as bad as it was in the last six months of 1981,” said Senate Minority Leader Mitch McConnell told reporters recently at the Capitol, according to The Hill.

Elon Musk claims Twitter will eventually be aspect of ‘X, the anything app’

Elon Musk has a new program for Twitter Inc. soon after giving up a legal fight and agreeing to spend $44 billion for the corporation Tuesday. ““Buying Twitter...