Biden loses a powerful help with the departure of his press secretary, Jen Psaki 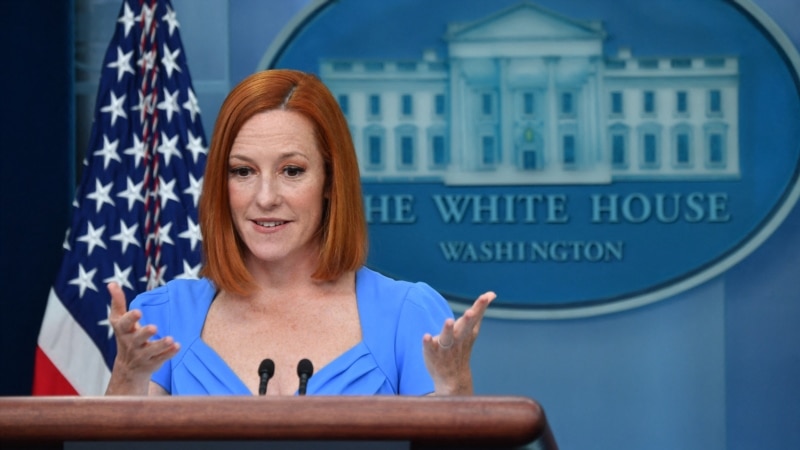 She could be in the role of being charming, making explosive statements, or just beating around the bush. Whichever version of Jen Psaki appeared on the White House lectern leaves little doubt that her departure robs President Joe Biden of a capable ally.

Immediately recognizable by her shock of red hair, Press Secretary Psaki, 43, has been the public face of the Biden administration since the Democrat moved into the White House on Jan. 20, 2021.

Psaki, who always said she didn’t expect to stay in that high-pressure job for more than a year, is now headed for a lucrative new job as a network news anchor. MSNBC.

He’s leaving just as brutal midterm campaigning begins and Biden is piling up with domestic problems like inflation and illegal immigration. Furthermore, as the Russian invasion of Ukraine enters increasingly complex geopolitical terrain.

There is no doubt that Psaki’s successor, Karine Jean-Pierre, who makes history by becoming the first black and openly lesbian woman to hold the position, has a torrid outlook ahead of her in the coming months.

Jean-Pierre, however, will inherit a press office rebuilt after the broadsides against the media and reporters that the Trump administration had left, where the famous James S. Brady press room gathered dust.

Psaki leaves behind a certain ethical cloud, as he was receiving media offers – and negotiating his salary – while continuing with his daily work as a spokesman.

Outside of that, she has been widely recognized for her professionalism.

Psaki herself underlines the very high responsibility of her role. Last weekend she spoke on Fox News, one of Biden’s biggest antagonists, about the importance of a free press.

In his drive for self-promotion, Trump made the White House press office unnecessary, preferring to deliver his message directly, often on Twitter.

The goal, according to aides, was to avoid biased media, but Trump’s reliance on informal, chaotic press briefings and sometimes confusing or poorly written tweets fueled the perception that his main goal was to make the presidency his personal reality show.

One of the press secretaries, Stephanie Grisham, did not hold a press conference in her nine months on the job. Her successor, Kayleigh McEnany, did do a few sessions, but the meetings often turned into testy exchanges in which McEnany made it clear that she shared the president’s hatred of the media.

Psaki restored the tradition of daily televised Q&A sessions and put together a team that was always available for questions, even if they didn’t always give answers.

From the lectern, Psaki often answers questions on everything from Biden’s views on abortion to trade tariffs on Canadian lumber to the war in Ukraine to the ups and downs of the presidential family’s pets.

With skills that will apply well to her role as a television presenter, Psaki arrives at press conferences so prepared that it’s rare that any journalist can trip her up.

“One day, people will learn not to provoke Psaki, but that day is not today,” user @Angry_Staffer, a popular political commentator, joked on Twitter, with a clip of the spokeswoman this week answering a seemingly tough question from a journalist with vehemence and a torrent of counter-arguments.

Psaki’s self-confidence stems from her deep experience in the Democratic Party and her stint in Barack Obama’s presidency as State Department spokesman, White House communications director and campaign press secretary.

And although her sharpest responses in the press room are celebrated by her followers in the virtual environment with #psakibomb memes, she bets more on the willingness to dialogue cordially with challenging interlocutors than on hostile tactics.

That feature met with approval from none other than Peter Doocy, the Fox News White House correspondent who has taken on the role of Psaki’s main opponent.

Some of their on-camera exchanges have been tense, but when the spokeswoman announced her departure, Doocy thanked her, saying she was “always a good match” and that he was “sorry to see her go.”

To which Psaki replied, unleashing laughter in the meeting room: “Really?”