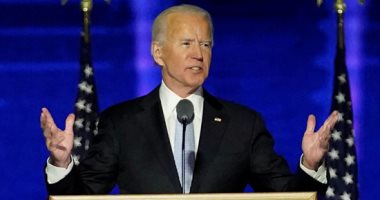 Reuters reported that US President-elect Joe Biden intends to choose former Michigan governor Jennifer Granholm to take over the position of Energy Secretary in his administration, and the agency had earlier reported that Biden might choose US Representative Deep Haaland from New Mexico to take over the Ministry of Interior.

The agency quoted three sources as saying: “US Representative Deep Haaland from New Mexico has emerged as the main option for President-elect Joe Biden to head the Ministry of the Interior, a choice that will make her the first indigenous American to lead a ministerial agency.”

The sources confirmed to “Reuters”, that Haaland will seek to enter into the expansion of renewable energy production on US soil, to contribute to combating climate change, and to reverse the focus of the country’s current President Donald Trump on boosting the production of fossil fuels.