Biden talks to Indian PM about energy purchases from Russia 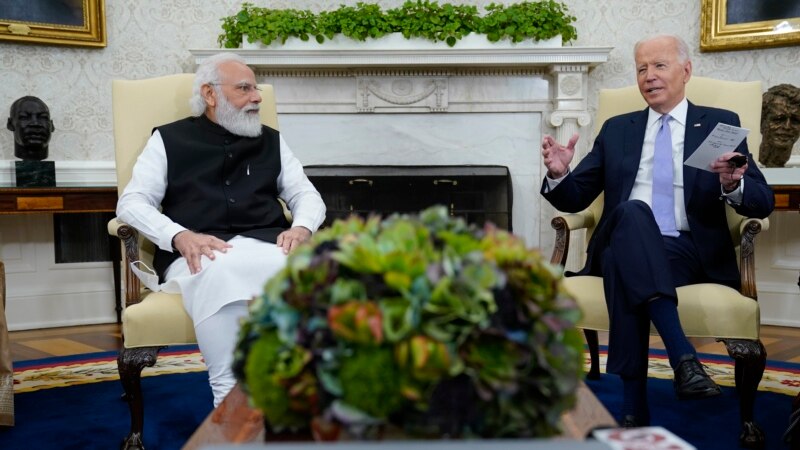 The president of the United States, Joe Biden, and his Indian counterpart, Narendra Modi, discussed on Monday the impact that Russia’s war in Ukraine has caused throughout the world, mainly in terms of food production and distribution, according to a synthesis of the call published by the White House.

“The two leaders also discussed the destabilizing impacts of Russia’s war against Ukraine, with a particular focus on the world food supply,” says the text, which also reports that both leaders discussed clean energy plans, economic issues and bilateral cooperation to end the COVID-19 pandemic.

Lured by deep discounts after Western sanctions on Russian entities, India has bought at least 13 million barrels of crude oil from Russia since the invasion of Ukraine in late February. That compares with about 16 million barrels in all of 2021, according to data compiled by Reuters.

Daleep Singh, US National Security Adviser for International Economics, said the United States has not imposed a “red line” on Russian energy imports to India, but did not want to see a “rapid acceleration” of purchases.

India, which is part of the so-called “Quartet” with the United States, Japan and Australia, is the only one of the four countries that has acted timidly in the face of Russia’s invasion of Ukraine and has not imposed sanctions on the Kremlin, Biden said recently. .

The United States and India have planned an upcoming ministerial meeting between the Secretaries of State and Defense, Antony Blinken and Lloyd Austin, with their Indian counterparts Subrahmanyam Jaishankar and Rajnath Singh, respectively, the White House reported.

Russia has long been the main supplier of defense equipment to India, despite an increase in purchases from the United States in the last decade. Defense analysts say Russian prices are more competitive and vital for India in the face of China’s military might.

Daleep Singh said during a recent visit to India that the United States is willing to help New Delhi diversify its defense and energy supplies. India is the third largest importer and consumer of oil in the world.

Singh also said the United States does not want its allies to help revive the ruble, which plunged immediately after the Ukraine invasion but has recovered in recent days.

Biden and Modi will also discuss mutual cooperation on a number of issues on Monday, including ending the COVID-19 pandemic, the climate crisis, strengthening the global economy, and maintaining a free, open, rules-based international order to shore up security. , democracy and prosperity in the Indo-Pacific region, Psaki said.

I urged it to diversify energy sources.. Washington: India’s import of Russian oil is not a violation of sanctions against Moscow | News

I urged it to diversify energy sources.. Washington: India's import of Russian oil is not a violation of sanctions against Moscow | News