BREAKING NEWS: Biden’s first trip overseas will be to the G7 summit in the UK followed by meetings with the EU and NATO in Brussels, White House confirms

Joe Biden’s first overseas trip as president will be a trip to the UK and Belgium in June, the White House has revealed.

Biden will attend the Group of Seven summit in St Ives, Cornwall, England, set for June 11-13, followed by a visit to Brussels, where he will hold meetings with European Union leadership and attend the June 14 summit of leaders of the North Atlantic Treaty Organization.

The meetings with the United States’ closest allies come as Biden has invited Russian President Vladimir Putin to a summit in the coming months in a third country, though no date has yet been set.

Most recent American presidents have selected North American neighbors for their first cross-border trips, though former President Donald Trump, whose penchant for unilateral action and open skepticism of the NATO alliance unsettled American allies, made his first overseas stop in Riyadh, Saudi Arabia. For Biden, the first trip is meant to turn the page from Trump’s approach to alliances. 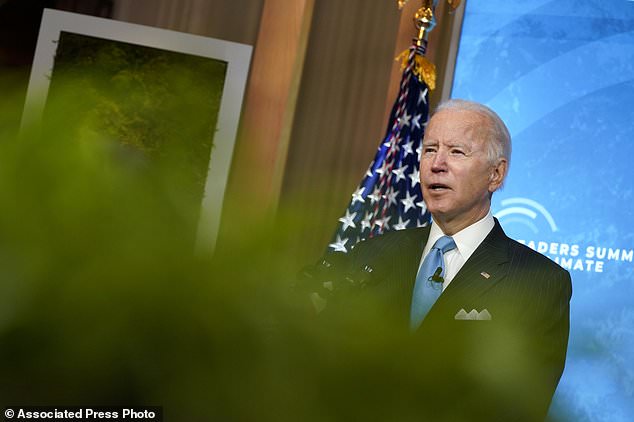 President Joe Biden speaks to the virtual Leaders Summit on Climate, from the East Room of the White House, Friday, April 23, 2021, in Washington. (AP Photo/Evan Vucci)

‘It´s both a practical chance to connect with key allies and partners on shared opportunities and challenges,’ said Yohannes Abraham, the chief of staff and executive secretary of the National Security Council, in an interview with the AP.

Biden, for his part, held ‘virtual bilateral’ meetings with the leaders of Canada and Mexico in February and March, respectively.

The announcement comes shortly after the conclusion of Biden´s two-day virtual climate summit, in which he received praise from leaders, particularly those in Europe, for returning the U.S. to the Paris Climate Agreement and reengaging on a host of other issues of shared concern.

The trip will mark the most ambitious travel schedule yet for Biden since the onset of the coronavirus pandemic, as the president has sought to model safe behavior for the nation.

It comes as the U.S. has stepped up its travel warnings for much of the world due to the virus. Both the U.K. and Belgium are listed by the State Department under level four, the highest, ‘do not travel’ advisory, and are the subject of specific prohibitions preventing most travel to the U.S. by noncitizens.

The White House said it is working closely with host countries to ensure the safety of all attendees at the summits.

The Centers for Disease Control and Prevention last month lifted quarantine guidance for international travel for those fully vaccinated for COVID-19, but still recommends that vaccinated individuals returning from overseas monitor their symptoms and take a test 3-5 days after returning to the U.S.

US borders with Canada, Mexico to remain closed to nonessential travel through May

Vice President Kamala Harris said Monday that the White House isn’t currently exploring the possibility of opening abortion clinics on federal lands in states that have banned the...

Vladimir Putin plans to attend the G20 summit in Indonesia in November, an aide to the Russian president said Monday.  Despite launching a brutal full-scale invasion of Ukraine,...

The Filipino American family members who was threatened and bodily attacked by a gentleman at a McDonald’s travel-via in North Hollywood, California, last month will look for an...

US borders with Canada, Mexico to remain closed to nonessential travel through May