Biden tries to close ranks in his party on voting rights 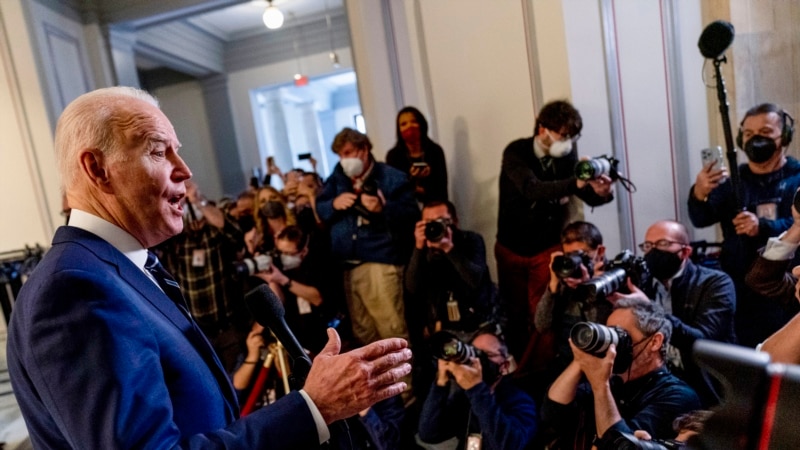 U.S. President Joe Biden met Thursday with Senate Democrats in a last-minute request to overhaul the country’s election laws, even as one of his co-religionists assured he would not support changing the upper chamber’s legislative rules to circumvent Republican opposition, opposed to establishing nationwide election rules.

During the meeting, Biden met with most of the Senate Democratic caucus to express support for two measures that would greatly increase federal oversight over presidential and congressional elections and establish uniform voting rules across the country.

Also, the bills would eliminate the most restrictive regulations adopted by Republican-controlled legislatures in at least 19 states.

However, as he left the meeting, Biden expressed little optimism about his chances of winning passage of the legislation and told reporters.

“I hope we can get it done. The honest-to-God answer is, I don’t know if we can do this,” he quoted.

Since all 50 Republicans – in a 100-member Senate – oppose the two bills Biden supports, Democrats can only pass them by changing the Senate’s filibuster rule, which requires proponents of certain weighty legislation to count a qualified majority of 60 votes.

Democrats want to pass the legislation by a simple majority of 51 to 50, with Vice Speaker Kamala Harris voting for it, as Speaker of the Upper House.

But shortly before Biden arrived on Capitol Hill to meet with lawmakers, Democratic Senator Kyrsten Sinema of Arizona said in a speech to the Senate that she supports voting rights but would not support changing the filibuster in the House, even for suffrage rights.

“These bills help treat the symptoms of the disease, but they don’t fully address the disease itself. And while I continue to support these bills, I will not support separate actions that worsen the underlying disease of divisiveness that infects our country,” he said in clear reference to the filibuster.

His views on the rule, while not new, deal a blow to Biden’s efforts to advance an important part of his legislative agenda.

The president, who was a senator for 36 years before serving as vice president and eventually acceding to the White House, had expressed reservations during his bid for the presidency about abandoning the Senate filibuster.

But on Tuesday in Atlanta, he said that “to protect democracy, I support changing the Senate rules in whatever way is necessary to prevent a minority of senators from blocking action on voting rights.”

Democrats say the legislation is needed to curb voting rules adopted in Republican-led states that restrict suffrage, with measures such as reducing vote-by-mail voting or limiting the number of days allowed to cast an early ballot before Election Day, traditionally in early November.

Former President Donald Trump falsely claimed that the more lenient voting rules employed in 2020 led to fraud which cost him reelection, although those responsible for the electoral process for more than a year have concluded that any irregularities that may have occurred would not have changed the result of the election.

Senate Republican Minority Leader Mitch McConnell has roundly opposed the Democrats’ efforts to pass the voting changes and attacked Biden’s speech in Atlanta. McConnell has said the changes would amount to federal overreach for Democrats to control elections.

On Thursday, as the legislative maneuvering came to a head, McConnell noted that “no one in this country is buying into the false hysteria that democracy will die unless Democrats gain full control.”

“There is a path forward for my Democratic colleagues to respond to the country they have so disappointed, but it’s not trying to break the Senate and rewrite the election laws, it’s to start addressing the problems that American families need to address,” he said.