Joe Biden‘s approval rating sits at 52% as he nears his 100th day in office this week, a historically low number for a new president.

The only two presidents in the last seven decades who earned a lower 100 Day approval rating than Biden are Donald Trump, who earned 42%, and Gerald Ford, who earned 48% after he took over for Richard Nixon. Every other president since 1945 has broken the 50% mark or far surpassed it.

According to a Washington Post-ABC News poll taken April 18-21, just over half of American adults approve of Biden’s job as president overall so far. Of those who approve, 34% say they strongly approve and 18% say they somewhat approve. 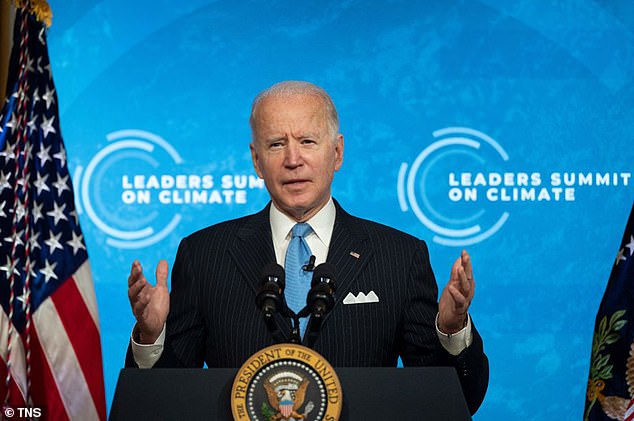 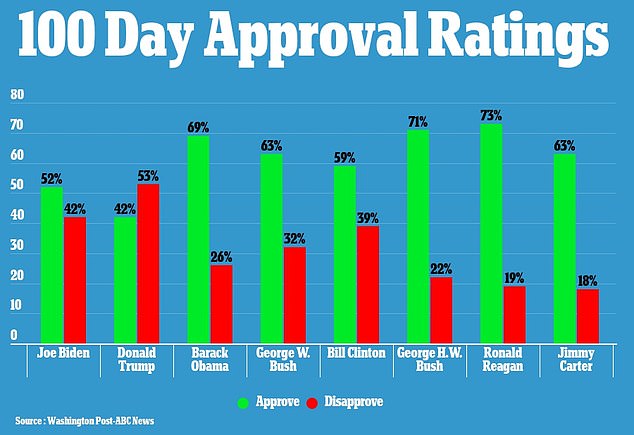 The ratings exhibit an increasing partisan divide with an overall decrease in approval in the last two decades compared to the rest of the millennium.

Ronald Reagan held a 73% approval in 1981 – and no 100 Day approval rating has gone higher than that since. Barack Obama came closest with 69%.

Biden is straddling a thin line at the moment as he attempts to please establishment Democrats like House Speaker Nancy Pelosi, but also wants to appeal to the progressive base led by firebrand Representative Alexandria Ocasio-Cortez. 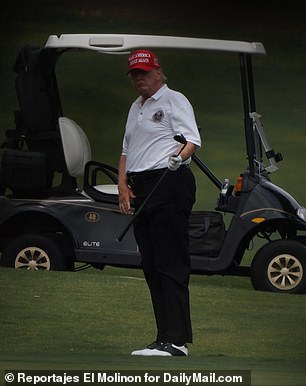 Biden’s approval is 10 points higher than Trump’s was at 100 Days. He had the lowest of all presidents in modern history with 42%

His administration has the dilemma of sticking with traditional Democratic initiatives or pushing further left as the party veers that way.

Forty per cent of those polled last week say that Biden is voting too liberally for them.

Biden’s lower-than-usual approval rating brings up the question of whether he was voted in due to popularity, or was voted in because he was up against one of the most divisive political figures in modern-day American history.

When it comes to the issue, the majority of Americans are impressed by Biden’s handling of the coronavirus pandemic.

Where he falls short, however, is with immigration, national security and the border crisis.

Only 37% say they approve of his handling of the southern border while 53% say they disapprove.