Biden’s staff disgusted with withdrawal: Officials are ‘horrified’ citizens are still on the ground

Even Biden’s own staff are disgusted he left Americans behind: Anonymous White House officials say they are ‘horrified’ citizens are still on the ground and we ‘failed a no-fail mission’

Some within Joe Biden’s administration ‘horrified’ with the Afghanistan withdrawal and do not view the mission as a success as the president does, according to a Tuesday report.

‘I am absolutely appalled and literally horrified we left Americans there,’ one administration official told Politico. ‘It was a hostage rescue of thousands of Americans in the guise of a NEO, and we have failed that no-fail mission.’

An NEO is a noncombatant evacuation operation.

Another White House official told Politico that the mission cannot be labeled as accomplished if Americans are left behind.

Conversely, the president declared the total troop withdrawal from Afghanistan an ‘extraordinary success,’ despite widespread criticism over Biden’s handling of the situation over the last month. 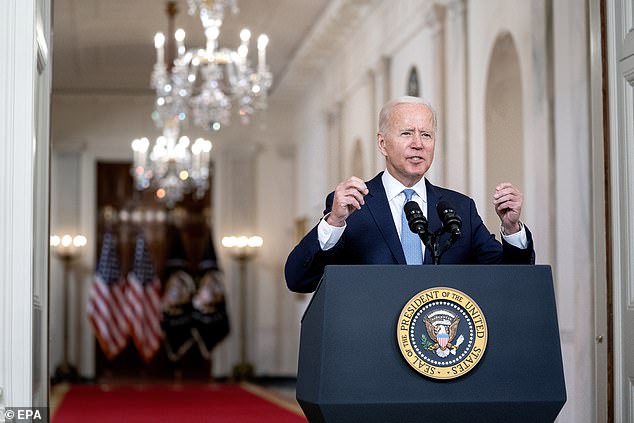 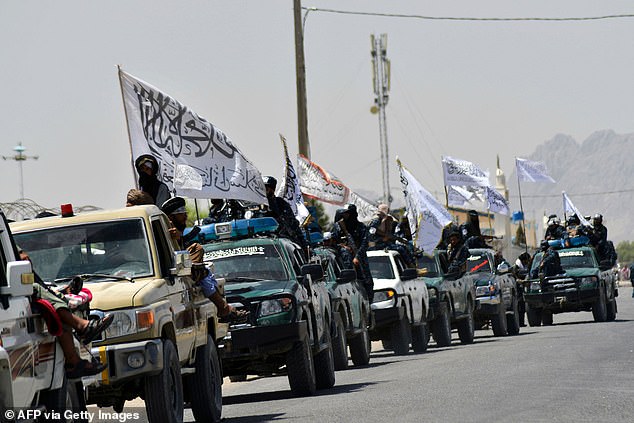 ‘I am absolutely appalled and literally horrified we left Americans there,’ one administration said. ‘It was a hostage rescue of thousands of Americans… and we have failed that no-fail mission’

Biden admitted that he is to blame for the deaths – as well as all the events surrounding the withdrawal.

In his openly defiant remarks, however, the president said the operation in Afghanistan couldn’t have been completed in a ‘more orderly manner’. He specifically doubled-down on critics that claim he should have started the evacuation sooner, claiming he ‘respectfully disagrees’ with them.

The president has repeatedly reiterated over the last month his dedication to his decision to withdraw all U.S. forces from Afghanistan by the August 31 deadline, claiming he didn’t want to pass along the two-decade-long war onto a fifth president.

Republicans and Democrats alike have expressed their opposition to Biden’s handling of the troop pull out, especially after at least 100 American citizens were left behind so the president could keep his commitment to the Taliban to be out by the end of August.

Polls have shown that American voters are also turning against the president as his approval rating dropped to an all time low of 47 per cent in the last week.

A Morning Consult/Politico poll released Wednesday shows only three in 10 registered voters approve of the way Biden handled the withdrawal from Afghanistan, while a whopping 61 per cent disapprove of the execution of ending the war.

During the remarks on Tuesday marking the end of the war in Afghanistan, Biden did not take questions from reporters.

‘I do not believe the safety and security of America is enhanced by continuing to deploy thousands of American troops in Afghanistan.’

In the remarks, Biden appeared to have little sympathy for the fact Americans were left behind as he lauded being able to get 120,000 people evacuated.

Of the 100 or so Americans who didn’t get evacuated, Biden said they were given ‘multiple warnings and offers to help them leave Afghanistan, all the way back as far as March.’

He said they were given at least 19 warnings and dismissed the tragedy by claiming most of those left behind were dual citizens anyway.

Will Cardano(ADA) Price Fall For ‘Buy the Rumour, Sell the News’? 2021