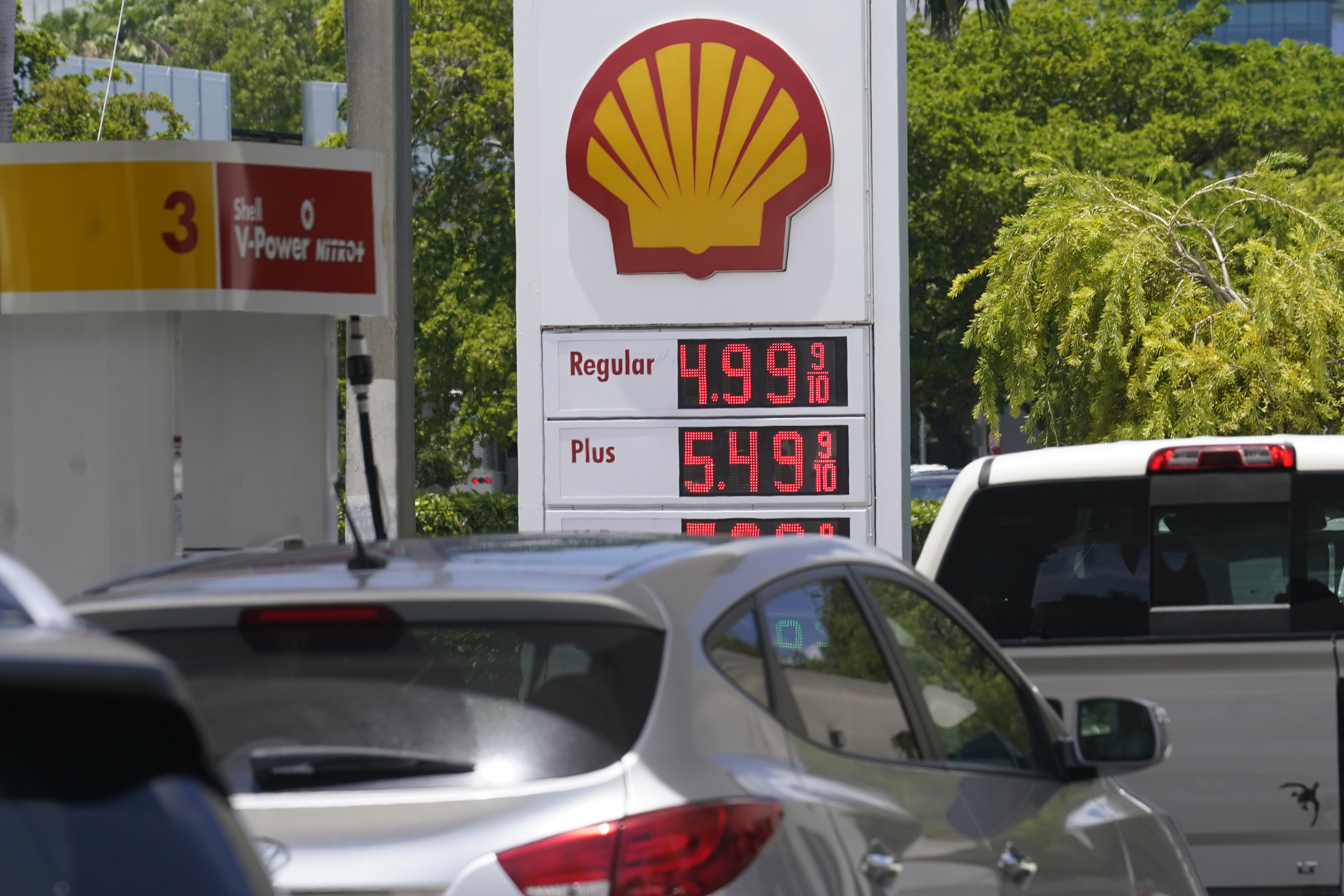 The president is open to ideas: suspend their gas taxes or “find other ways to deliver some relief.” And states have been — pursuing relief checks and other types of tax breaks, many of which were pushed before the president’s call.

But with Democrats already distancing themselves from Biden amid his weak poll numbers and his administration’s struggle to tamp down inflation, state lawmakers’ inaction on his gas tax gambit is just the latest example of the limits of the president’s reach.

“This is the Democratic president not listening to the Democratic leaders,” consultant Scott Ferson, a Democrat who works for Massachusetts House Speaker Ron Mariano’s political arm but is not speaking on his behalf, said in an interview. “The president has tried to come in and impose a one-size-fits-all solution to a problem that has a different impact in different states.”

Ferson added: “What people have wanted nationally has been leadership on the economy and the price of gas. But we don’t have the same impacts in Massachusetts or California as we do in other states.”

“The President understands that some states have unique needs or challenges,” a White House official said in a statement. “He is calling on states to temporarily suspend their gas tax — or provide equivalent relief as state leaders determine appropriate — while he also calls on Congress to suspend the gas tax for 90 days at the national level.”

‘The money isn’t going back into taxpayers’ pockets’

Arguments against a gas tax holiday from state lawmakers aren’t all that different from Democrats in Congress.

In Massachusetts, initial concern over turning off a revenue stream that helps finance infrastructure projects has given way to skepticism that fossil fuel companies would actually create meaningful savings at the pump.

“We fear that, as many economists have warned, a gas tax holiday would result in billions of dollars in profits for oil companies — and only pennies in the pockets of consumers, as the companies cannot be obligated to pass this price reduction to them,” Mariano and Senate President Karen Spilka said in a joint statement on Wednesday. “This isn’t fair, and we are not interested in benefiting multinational corporations while our residents continue to feel pain at the pump.”

Suspending the federal 18.4 cents-per-gallon tax could save about $3 on the $75 it costs to fill up an average 15-gallon gas tank at $4.98 per gallon. If states suspend their gas taxes, too, Biden argued Wednesday that the savings could be even greater.

A University of Pennsylvania Wharton School study found savings from state-level gas tax holidays have so far been mixed. In Connecticut, 71 percent to 87 percent of tax savings were passed on to consumers, compared to 58 percent to 65 percent in Georgia and 72 percent in Maryland.

“I checked the gas prices in Connecticut, which has a gas tax holiday, and it was only 9 cents less than us,” Mariano, the Massachusetts House speaker, said last week. “The money isn’t going back into the taxpayers’ pockets. It’s going into the big oil companies’. So why would we endorse that?”

New York’s June 1 suspension of its 16-cent gas tax — out of roughly 46 cents a gallon between state and local taxes — has similarly offered little relief at the pump: The Empire State’s average price of $4.98 a gallon was about the same as it was at the beginning of the month, according to AAA.

Only 15 percent of the price of gasoline is due to taxes, while 60 percent is simply the price of crude oil, said Robert Sinclair, a spokesman for AAA Northeast.

“All the holidays in the world are only going to provide a small measure of relief,” Sinclair said. “It would be far better if market forces would happen that could lead to some price and market stability and lower the price of crude oil. That would go a lot further to helping to lower the price of gasoline.”

Perhaps anticipating the resistance he would meet on state-level gas tax suspensions, Biden on Wednesday also urged lawmakers and governors to consider other types of tax relief, including rebates or direct payments.

That might be an easier sell, in part because some state and local officials are already doing it.

Chicago Mayor Lori Lightfoot, who is up for reelection early next year, is in the midst of distributing 50,000 prepaid gas cards worth $150 and 100,000 transit fare cards worth $50. That’s on top of the state delaying a gas tax hike.

“We were way ahead of President Biden by providing more dramatic and permanent tax relief to Rhode Island vehicle owners,” Shekarchi, who, along with Democratic Gov. Dan McKee, has resisted calls for a gas tax holiday, said in a statement. “This is more meaningful and impactful than a symbolic three-month suspension of gas taxes.”

Newsom and legislative Republicans have pushed to suspend a planned July 1 tax increase but were rebuffed by Democratic legislative leaders who argued a tax backtrack would undermine construction jobs and enrich oil companies without guaranteeing consumer relief. The looming tax hike is the fruit of a hard-fought 2017 deal that Democrats are loath to abandon.

A growing cohort of moderate Democrats — including multiple members running in competitive House races — has pushed back and argued for either suspending the gas tax or delaying the increase, arguing soaring prices are imperiling their political prospects.

The dispute has surfaced in caucus meetings and permeated a leadership struggle. Assemblymember Robert Rivas, who is seeking to replace Speaker Anthony Rendon, praised Biden in a tweet saying, “We must do more to provide immediate, direct relief.”

But Rendon and other Democratic leaders are more focused on striking a deal with Newsom to send financial relief to straining Californians, and they have countered calls to suspend gas taxes by urging an investigation of high oil prices.

“You have to ask yourselves the extent to which gas companies would continue to pocket those profits,” Rendon said earlier this week.

Joseph Spector contributed to this report.

James Mattis gets married — leaving behind his mistress, the Maritime Corps