By Anna Mikhailova and Brendan Carlin for The Mail on Sunday

Parliament is in discussions over plans to mark the jubilee, which the country will celebrate on a four-day weekend at the start of June.

The Mail on Sunday understands the celebrations could feature a visit by the Queen to Westminster.

Work has been under way to remove all the scaffolding in time from the Victorian-built Elizabeth Tower that houses the 13.5 ton Big Ben, which has undergone a five-year renovation. 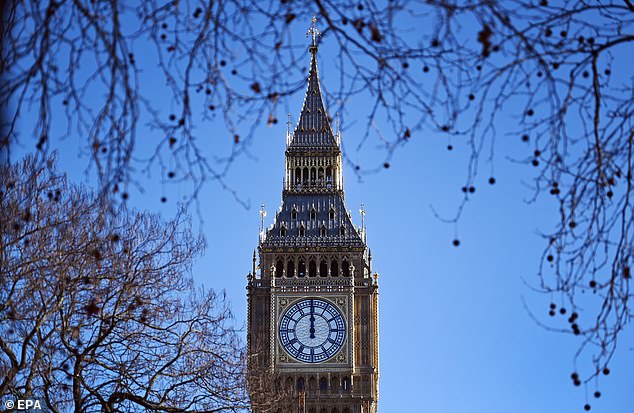 Big Ben should bong 70 times to mark the Queen’s Platinum Jubilee, cross-party MPs have said. Parliament is in discussions over plans to mark the jubilee, which the country will celebrate on a four-day weekend at the start of June

Last night Conservative MPs Alec Shelbrooke and Mark Francois, as well as Labour MPs Clive Betts and Barry Sheerman, called for Big Ben to chime once for every year of the Queen’s reign during her visit. The Leader of the Commons Jacob Rees-Mogg also threw his weight behind the proposal.

He told The Mail on Sunday: ‘For the Elizabeth Tower to be fully restored and for Big Ben to chime 70 times – one for each year of her reign – would be a wonderful tribute to mark Her Majesty’s Platinum Jubilee.’

Mr Shelbrooke said: ‘I can think of no better way to mark the Queen’s Platinum Jubilee and her extraordinary service to the nation.

‘It would also be an excellent way of celebrating the renewal and restoration of the historic tower named in her honour.’

Mr Betts said: ‘It’s a once in a lifetime event not merely for the UK but I think for any monarchy throughout the world. We ought to find all sorts of new and interesting ways to celebrate it.’

Mr Francois said that it would be a ‘very fitting’ way to mark the historic occasion.

Mr Rees-Mogg added: ‘This will be a truly historic occasion for the whole nation. I am sure Parliament will wish to mark it in the most elegant way possible.’

Buckingham Palace said that plans for the jubilee were ‘still under discussion’. 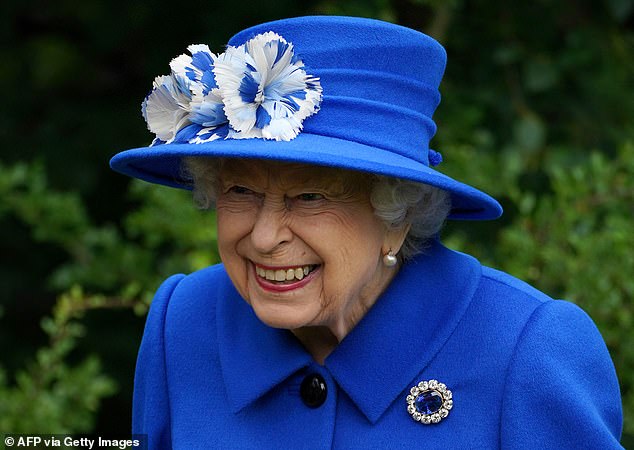 Princess Elizabeth became Queen on February 6, 1952, on the death of her father, King George VI. She was crowned on June 2, 1953, at Westminster Abbey.

Last year Parliament announced plans to present the Queen with a ‘special gift’ for her jubilee – a pair of bronze sculptures of the nation’s heraldic beasts to be installed on the Parliamentary estate.

For most of the past five years, the clock has been silenced and the 160-year-old tower shrouded in scaffolding in a restoration that may cost £90 million – more than three times the original estimate.

The tower – previously known as the Clock Tower – was renamed in honour of the Queen’s Diamond Jubilee in 2012. Parliament also created a stained-glass window in Westminster Hall for that jubilee.

10-Year-Old Acted as ‘Class Nurse’ for Her Teacher. She Died of COVID 6 Days Later

A Huge Bullish Plot Set for Terra(LUNA), Could Surge Nearly 150% With the Next Leg Up! – Coinpedia – Fintech & Cryptocurreny News Media 2021

A Huge Bullish Plot Set for Terra(LUNA), Could Surge Nearly 150% With the Next Leg Up! - Coinpedia - Fintech & Cryptocurreny News Media 2021