‘Worst design ever. Period’: Big W is ruthlessly trolled after a shopper spots a major problem with a pair of female briefs on sale for $12

Big W has been mocked online after a shopper noticed a major design flaw with a pair of female briefs on sale for $12.

A man took to Reddit this week to share a photo of Lyla & Co Women’s Lace Boyleg Briefs he spotted on a manikin during a recent visit to the retail giant.

The peculiar set of underwear has a bright red lace trimming around the crotch, resembling a menstruation stain. 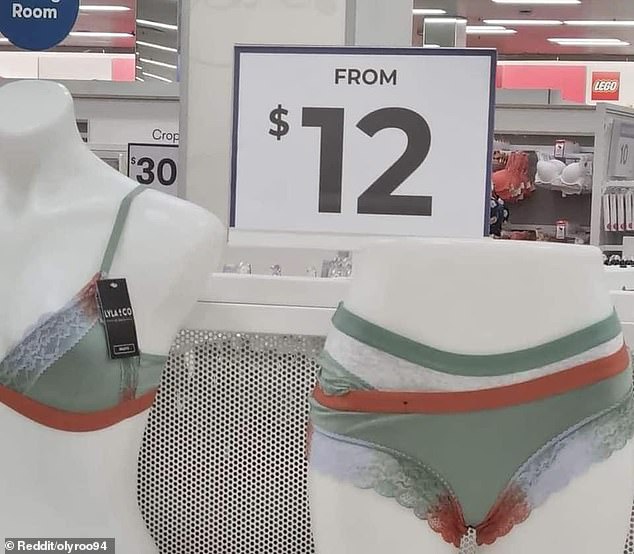 ‘Feel like Big W has sorta had a bit of a design fail here,’ he wrote.

One person said it was the ‘worst design ever. period,’ while another quipped ‘it is bloody awful’.

‘Worst I’ve seen this month,’ someone else add.

A fourth said: ‘No need to rag on it too hard.’

Others joked that the design was intentional.

‘Period underwear for the risky days; pre-stained for your convenience,’ one wrote.

Another added: ‘Nah mate its there to avoid embarrassment.’

Lyla & Co is one of the Big W’s lingerie brands, producing bras, underwear, and crop tops.

A BIG W spokesperson said the company has removed the item from their website after being contacted Daily Mail Australia.

‘We can confirm that the lace on these women’s briefs are randomly printed and whilst it was not the intention of the design, we do acknowledge that the print on this specific item could be misinterpreted,’ they said. 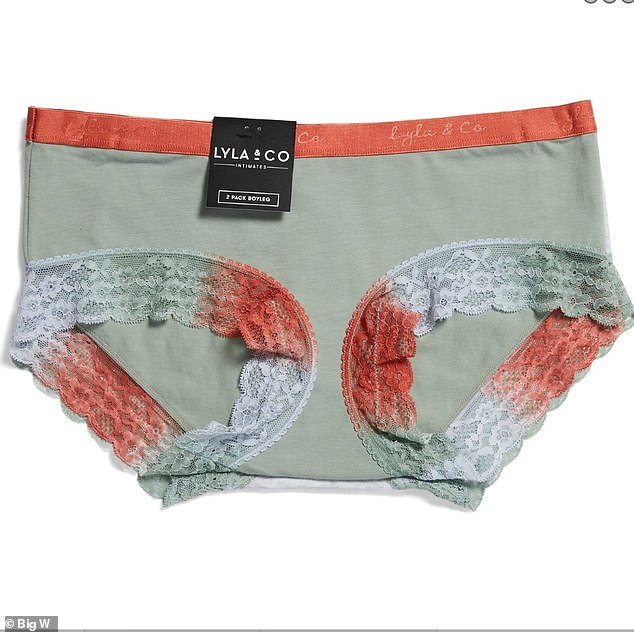 Inflation: Cost of living up in January amid coronavirus curbs