This is the moment a biker narrowly cheated death after skipping a red light and being hit by a lorry which almost fell on top of him as it tipped over.

In the footage from China, a motorcyclist identified only as Mr Zheng, is seen falling onto the tarmac and narrowly avoiding being run over by the lorry’s wheels.

The man, who does not appear to be wearing a helmet, then escapes being hit by the lorry’s trailer and its cargo as it tips over. 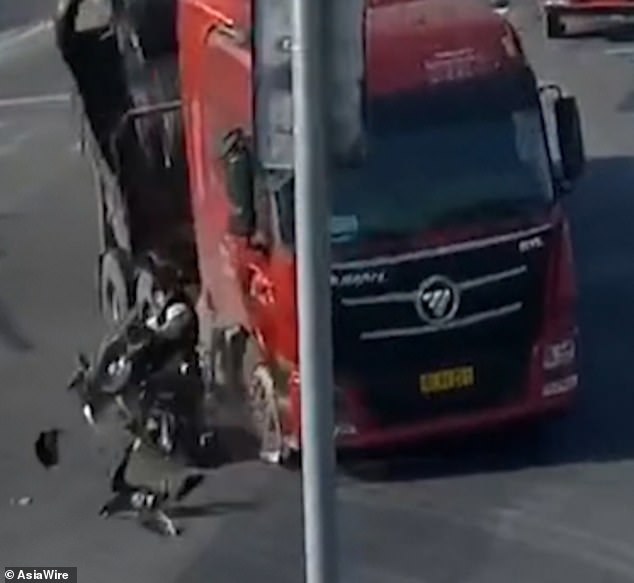 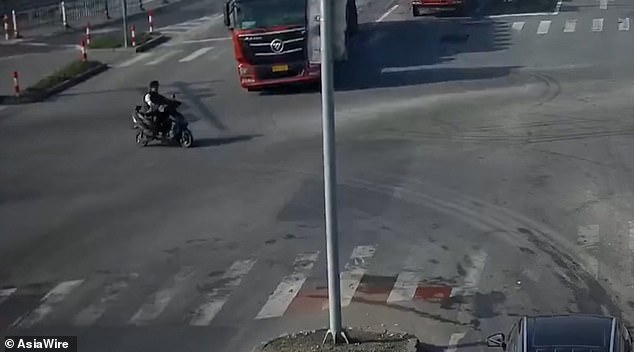 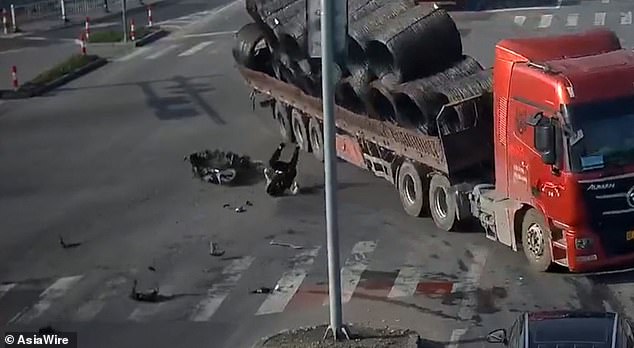 He collided with the lorry, which swerved, causing rolls of metal to cascade off the trailer

The black SUV waiting at the lights, however, was not so lucky. The force of the cargo, which appears to be metal cylinders, sent the vehicle backwards several yards.

Following the crash, Jiaxing Traffic Police in the eastern province of Zhejiang said Mr Zheng had brushed shoulders with ‘the Grim Reaper’.

They added: ‘On October 28 at the intersection of 320 National Highway and Xingxing Road in the district of Nanhu in Jiaxing, Mr Zhang was driving a lorry when the lights turned amber and the scooter rider, Mr Zheng, who turned left and also violated the traffic lights, collided. 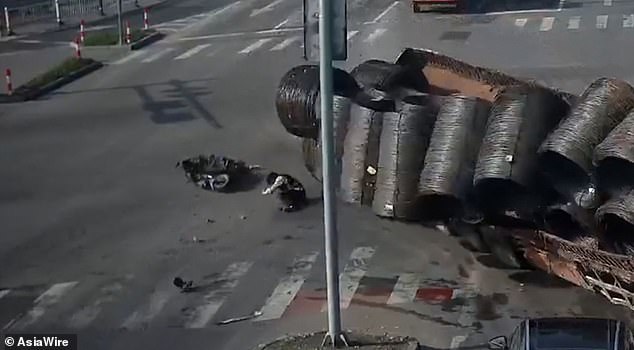 The biker was lucky to avoid being hit by the large objects. Traffic police said they man had brushed shoulders with ‘the Grim Reaper’ 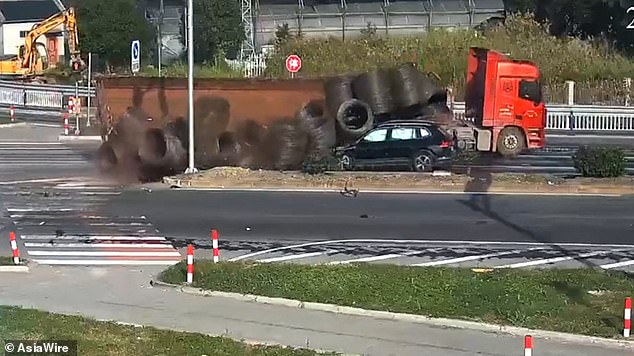 ‘In order to avoid hitting Mr Zheng, Mr Zhang carried out an emergency manoeuvre, causing the steel rims on the back of the lorry to fall on an SUV waiting at the lights.

‘The impact inflated the SUV’s airbag and caused a head injury to the driver, surnamed Yue.

‘Zheng avoided being run over and was uninjured. After the accident, he shed tears of regret.’

The police added investigations into the accident remained open.

Pinduoduo down 20% after announcing unaudited Q3 Financials for 2021

Could holiday quarter be a strong one for Apple? Citi analyst weighs in

Could holiday quarter be a strong one for Apple? Citi analyst weighs in