An avid motorcycle rider faked a crash in a bold way to propose to his girlfriend in front of crowds at a motorcross event.

Jeremy Durst, 30, from Miami, Florida, signed up for his first-ever biking race so he could propose to girlfriend Sara Frank, 30.

Footage shows the dirt bike sliding away from the racer and crashing into a fence at the Motorama racing event, in Harrisburg, Pennsylvania. 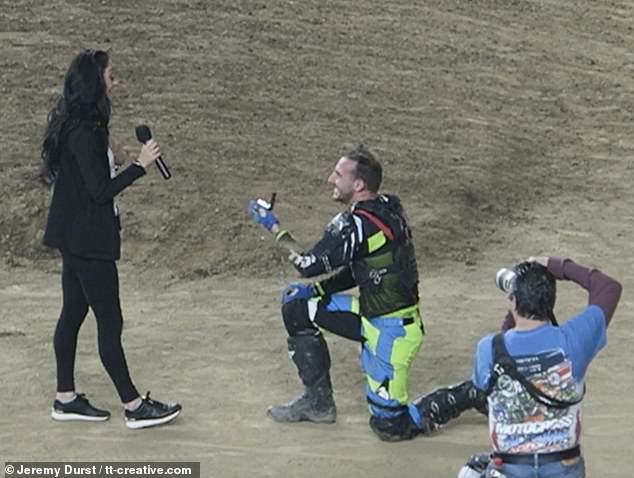 Jeremy Durst, 30, from Miami, Florida, faked a crash in a bold way to propose to girlfriend Sara Frank, 30, in front of crowds at a motorcross event (pictured) 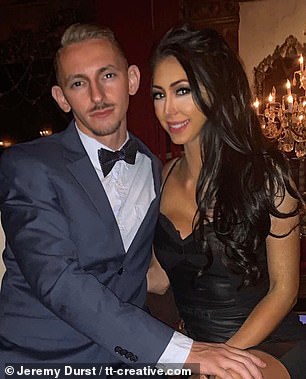 The keen biker went down as if he was injured, rising to his feet and then turning around so that his back was to the crowd.

An official ran towards him, craftily sneaking him the ring in the process, before Sara rushed from the stands towards her boyfriend.

When she bent down to check on her partner, he was on one knee holding a ring, causing Sara to back away in surprise.

The rider was also handed a mic to pop the question, which Sara nodded to in delight and then said ‘Yes’.

Asked if she had any idea of the proposal, which took place on February 16, his now-fiance said: ‘No I had no idea, I thought he just crashed.’

He came up with the unique way of proposing because it would make sure his girlfriend’s family and friends would be in attendance, he said. 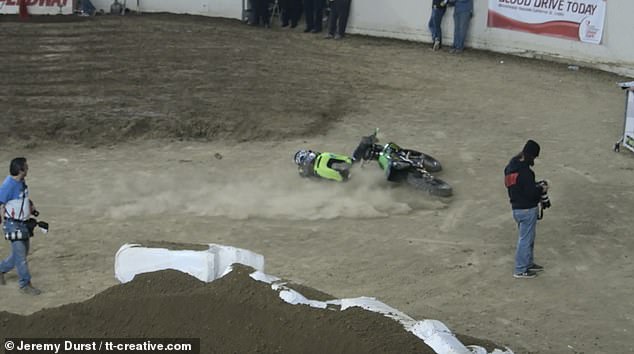 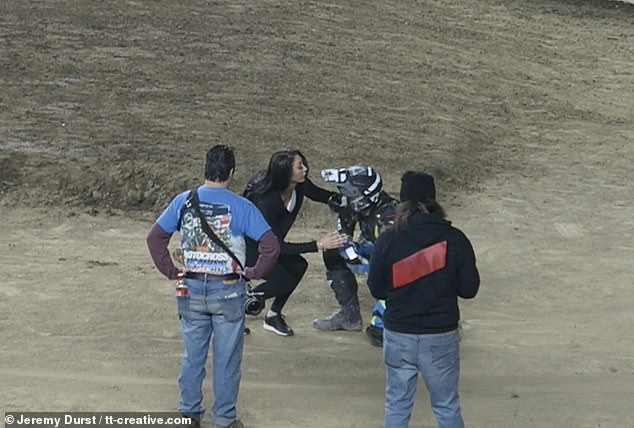 Sara bent down to check on her partner after he came off his bike, but he was on one knee holding a ring

Jeremy bought a new Kawaski KX450 bike and entered the race, which he thought would mean that his girlfriend, and their family, would not suspect a thing.

With thousands set to be in attendance, he contacted the race organizers to pitch his idea, saying he would pass one of them the ring before the race.

During the race he would ride around in last place, and then fake a wreck on his last lap.

Donning a GoPro, Jeremy did just that – but during the race, he unsuspectingly happened to pass another racer, meaning he would need to slow down to let that rider past. 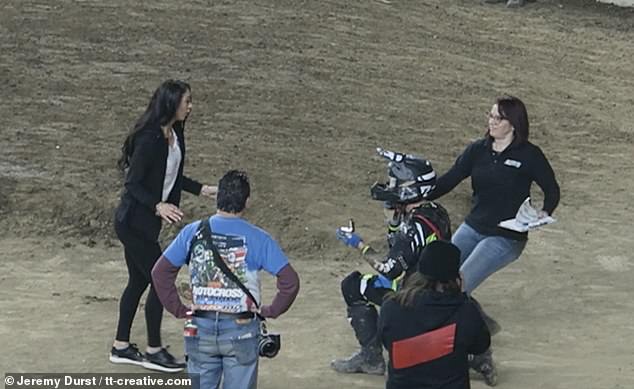 Jeremy contacted the race organizers to pitch his idea, saying he would pass one of them the ring before the race in order to propose to his girlfriend 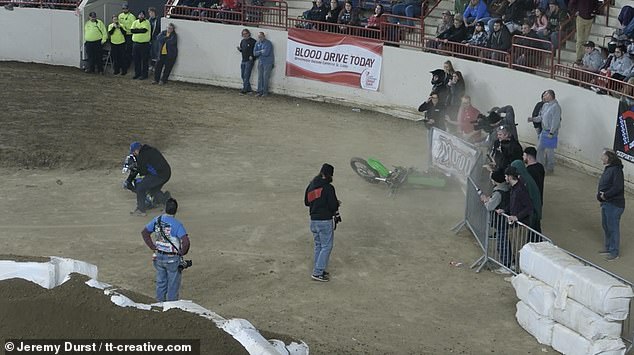 The biker went down as if he was injured, and an official ran to his aid,  craftily sneaking him the ring in the process

This meant Jeremy actually overshot the safe crash zone he had identified, and so he had to opt for a fake crash on a separate turn instead.

The couple are now expecting a baby in November and are planning to get married next year.

Jeremy said: ‘I didn’t get slapped as hard as I expected for scaring her, so it was all good. 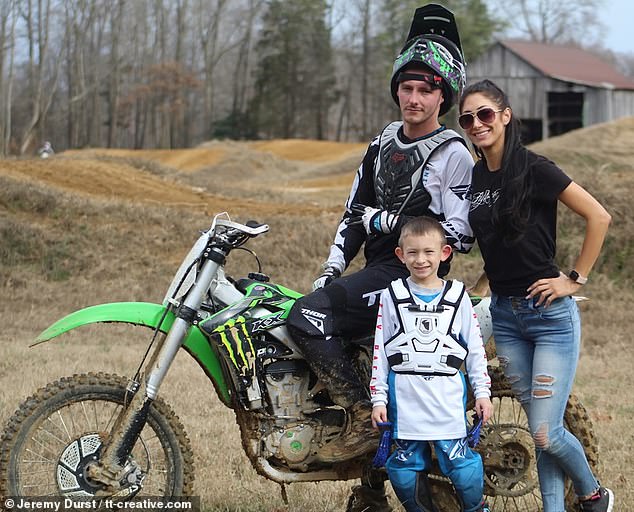 Following the proposal at the event on February 16, the couple are planning to get married next year and are expecting a baby in November 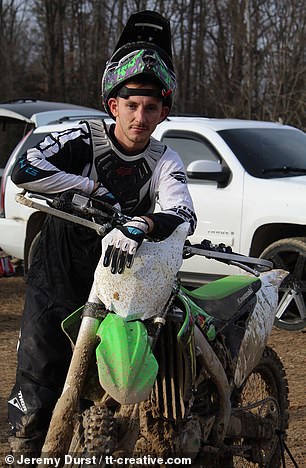 ‘Honestly, it was an indescribable feeling – like I hit the lottery.’

Sara said: ‘I had a range of emotions throughout each stage of the surprise.

‘At first, I was confused. I was not sure what was wrong with the bike to cause him the crash that way.

‘Then I was told to go check on him and then my confusion turned to worry as I saw him kneeling on the ground. I was hoping he wasn’t hurt.

‘After he pulled out the ring, I think it is obvious from the video that I was in complete and total shock – I did not see this coming at all.

‘Once the shock of what was happening wore off and I realized he was not hurt I was overjoyed.

‘I felt incredibly special and loved that he had put so much thought and planning into something for me.’

How to wash your phone, disinfecting it during coronavirus pandemic

How to wash your phone, disinfecting it during coronavirus pandemic