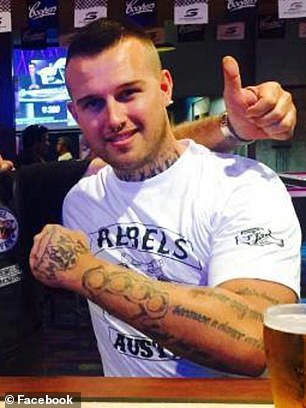 A one-time Rebels bikie boss has been blasted as ‘idiotic’ in court after  ‘hooning’ outside jail while on bail.

Andrew William Summerfield was sent to Darwin’s Holtze Prison for seven years after he attacked a rival with an axe in an act of revenge in 2017, which was carried out on the wrong person.

The victim was left with multiple skull fractures, a chipped vertebrae, almost lost a finger trying to defend himself and suffered from post-traumatic stress disorder.

On January 2, days after making a successful parole application having served three years and six months of his sentence, the 27-year-old drove his Holden Rodeo Ute into a restricted section of the prison to deposit money into an inmate’s bank account.

During the jaunt, Summerfield revved his engine and caused a disturbance when he yelled at inmates. 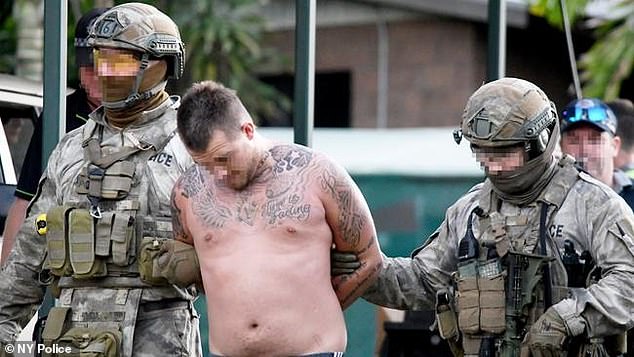 Judge Richard Wallace described the scene as ‘one of the more idiotic offences I’ve dealt with,’ according to the NT Times.

The court heard the ex bikie boss was on prison grounds to deliver funds, but decided to drive past the low security area which was surrounded by fences and signs. 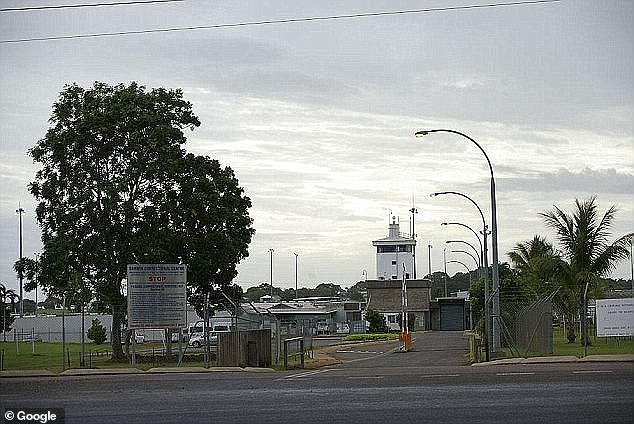 ‘On face it seems to be pretty harmless, (committed) on high spiritedness,’ Mr Wallace said.

‘I hope you’ve learnt your lesson, that it won’t happen again.’

He was convicted and ordered to pay a $150 victims levy fee for trespassing.