The woman whose testimony put Bill Cosby behind bars – only for him to have his conviction overturned on a technicality in June – has told of the sick feeling she felt when he was released, and of her anger at the court decision.

Andrea Constand, 48, told The New York Times, in an interview to promote her new memoir, that she was aghast when she was told that Cosby’s conviction was reversed.

‘I really felt they were setting a predator loose and that made me sick.’ 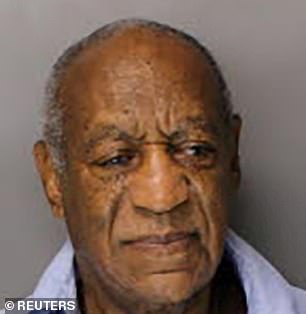 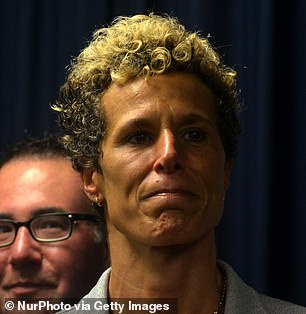 Andrea Constand (right), who accused Bill Cosby of a 2004 sexual assault, has written a memoir about the encounter and subsequent criminal case 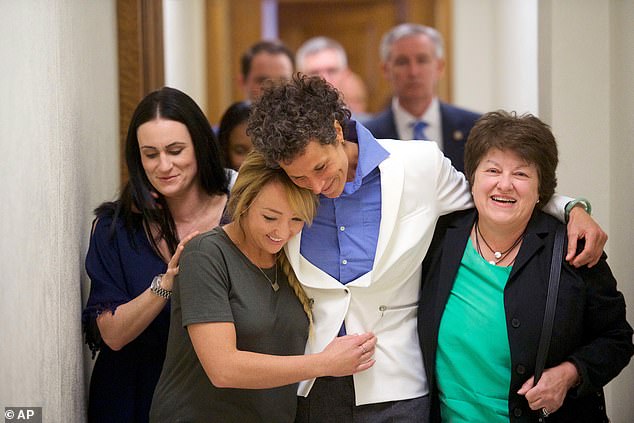 Constand is seen in April 2018 hugging her supporters outside the Norristown, Pennsylvania courtroom 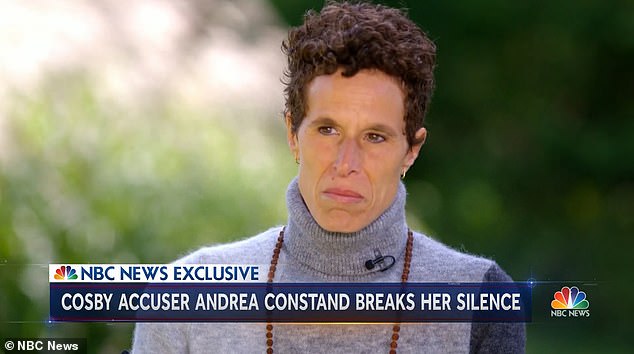 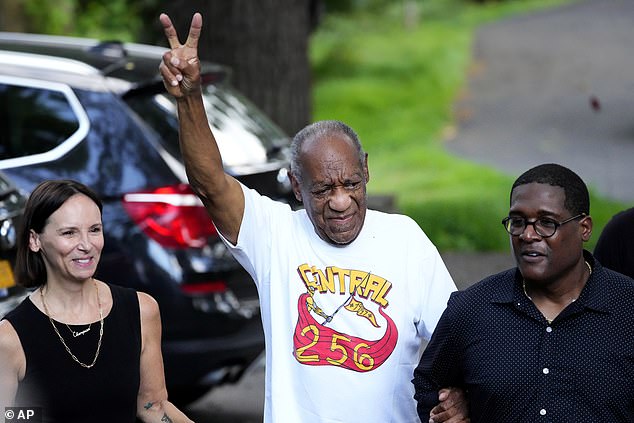 Constand is also set to appear on NBC News to discuss her encounter with Cosby to promote her book.

Asked about the comedian’s conviction being overturned, she said: ‘I was really shocked. Disappointed.’

Cosby, after spending nearly three years in prison, walked free in June when the Pennsylvania Supreme Court overturned his 2018 conviction – a conviction secured after two trials, on charges filed by Constand, a Canadian former basketball coach at Temple University in Philadelphia.

The court found that Cosby relied on a written promise from a district attorney that he would never be charged if he gave incriminating testimony in Constand’s civil lawsuit – only to have it later used against him in two criminal trials. 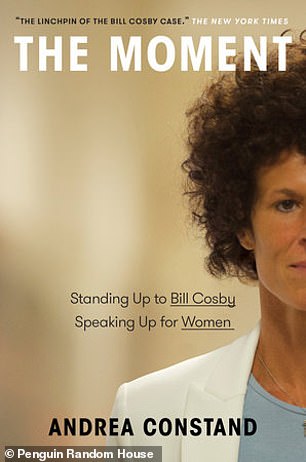 Prosecutors in suburban Philadelphia must decide this month whether to appeal the decision to the U.S Supreme Court.

Cosby recently turned 84, and the statute of limitations has expired for all other accusers – although he faces another civil suit, relating to a 1974 allegation.

Constand began writing her memoir, which is published on Tuesday, to deal with the lasting trauma from the 2004 encounter. She fell ill with COVID while writing it, and likened the sickness to having an elephant sat on her chest.

‘The healer in me knew I had to dive back into everything again and really try to remember and it was really chilling for me at times,’ she told the paper.

Constand, who lives quietly north of Toronto and runs a massage therapy business, said that she wanted to share her lessons with others.

‘I thought it was important to write the story for other survivors who had stories, too,’ she said. 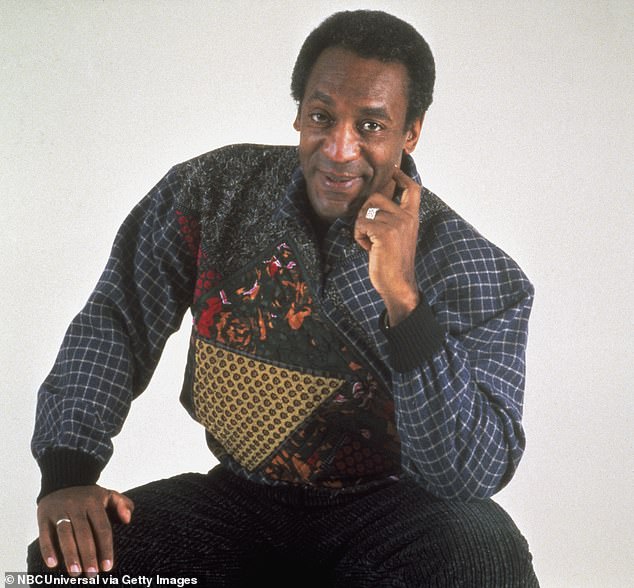 Bill Cosby, released from prison in June, aged 84, is now attempting to rebuild his reputation. He is shown during The Cosby Show era, as Dr Heathcliff Huxtable

She admitted that, when she was told of the Pennsylvania Supreme Court’s decision, she was angered that he would be back on the streets.

She said she received phone calls and messages from other women who had accused Cosby, explaining: ‘They were devastated, they were so angry.’

But Constand said she had to be philosophical.

‘After a few deep breaths, I just felt this is not my problem,’ she said.

‘Now it made me feel the shame is on the Supreme Court. It’s not on me anymore.’

She added: ‘I hope it doesn’t deter anybody.

‘I hope people will still find their voices. I hope that they don’t look at his freedom as a reason not to come forward. Quite the contrary, I hope they feel if Andrea can do it, I can do it.

‘There were so many victories along the way. 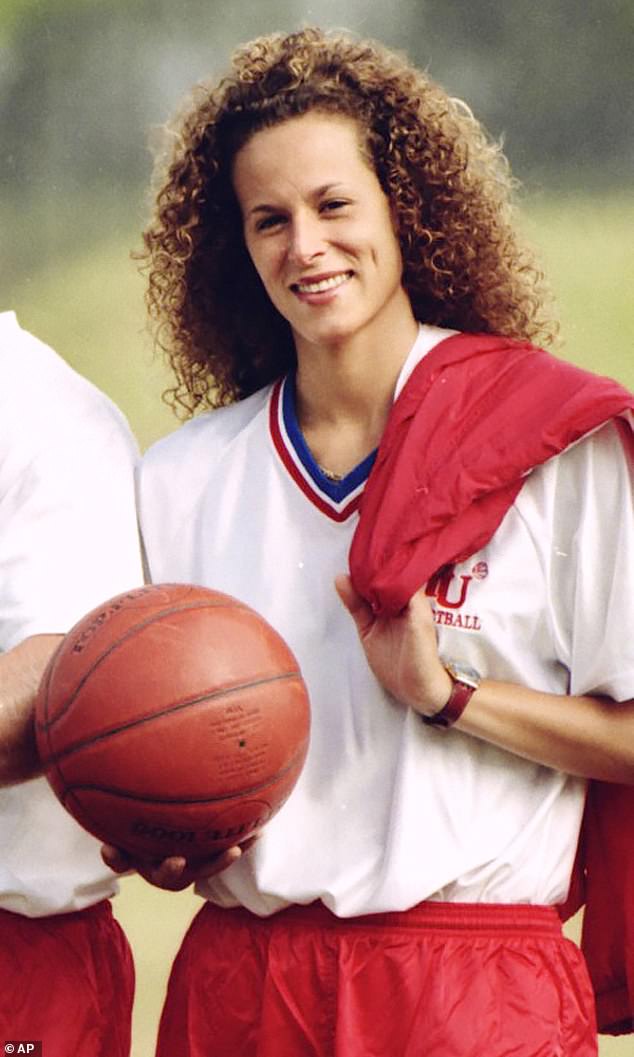 Constand is pictured in 1987, as a basketball player in Toronto – where she is from, and now lives

Constand has now decided to tell her story in a memoir out Tuesday called ‘The Moment.’

‘Now that I have weathered yet another strange turn in this long saga, I realize that I cannot let reversals like the (Pennsylvania) Supreme Court decision defeat me,’ she writes, of the verdict being overturned.

‘Life is unpredictable. Much is beyond our control.

‘In the end, happiness is all that matters and I am determined to live a happy, purposeful life.’ 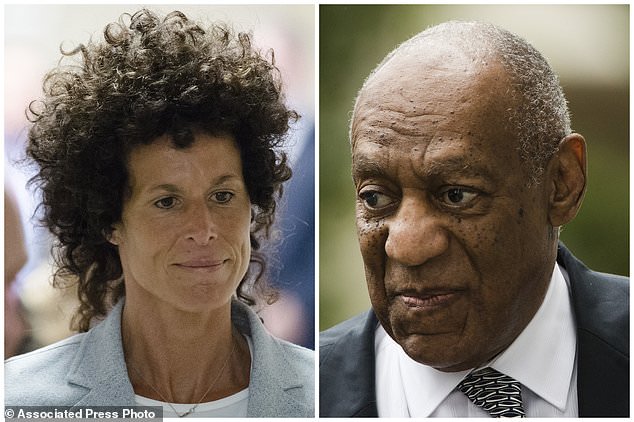 She and Cosby first crossed paths at Temple University in Philadelphia, where Constand, who played professional basketball in Europe, worked for the women’s basketball team and he was a trustee and famed alumnus.

In a deposition, Cosby said he fell in love with Constand the moment he first saw her across the gym. Constand was half his age and dated women.

‘I knew who he was, of course, but I had never watched The Cosby Show and had no real idea how big a celebrity he was,’ she writes.

She took note, though, of the attention he commanded on campus: ‘His calls had to be returned immediately, his interest in our new locker room was promptly met with an offer to tour the facility.’

She nonetheless found him to be ‘down-to-earth and affable.’

She recounts the friendship and mentorship that followed, along with what she acknowledges were missed warning signs on her part, when Cosby made advances that his lawyers would later called evidence of an ongoing, consensual relationship.

Their talks included a shared interest in health and holistic medicine, which she said led her to take the pills he offered one night in January 2004, presuming they were herbal products.

‘My inability to control my own body was utterly terrifying. At six feet, I’m the opposite of petite. … I had never before, even as a child, felt physically intimidated by anyone or anything. I was an athlete,’ she writes.

‘But now I had no control over my limbs.’ 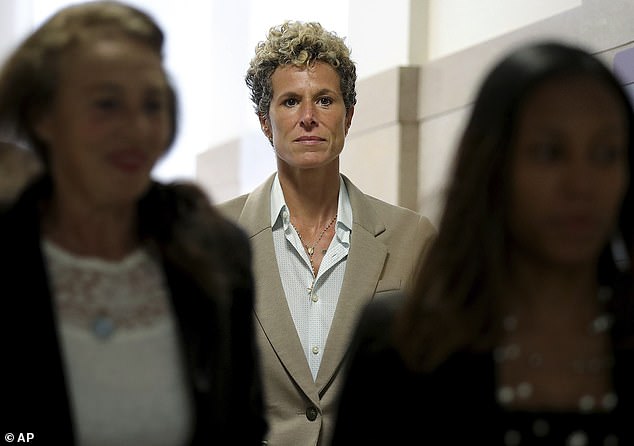 Constand endured a 2017 trial, which ended in deadlock, and a 2018 retrial, which saw him eventually convicted

Constand gave steady, unemotional testimony at both his first trial in 2017, which ended in a deadlock, and a second trial in 2018, when the jury convicted Cosby of drugging and violating her.

That conviction was secured after five other women were called by prosecutors to share similar stories of alleged druggings and sex attacks by Cosby. He denied their claims.

She refused to be rattled, even under a barrage of hostile questioning from the defense.

And she remained silent outside the courtroom, even as she emerged triumphant on April 26, 2018, when Cosby was convicted and a throng of cameras clicked at her.

But she offers a glimpse of her emotions in describing a secret meeting with jurors after Cosby’s sentencing that fall.

‘As we hugged, I heard the same words over and over: ‘We always believed you, Andrea.’

‘Of course their verdict told me they had come to the conclusion that my testimony was credible.

‘But there was something about hearing the words … that knocked the wind out of me,’ she writes.

Constand had never wavered in 2015 when asked to put her life on hold for a potential trial when Cosby’s deposition testimony became public after a court fight by The Associated Press.

And she agreed to do it again after the initial mistrial.

As she waited for the jury decision in 2018, she writes: ‘The outcome of the trial seemed strangely unimportant.

‘It was as if the world had again shifted in some much more significant way.’