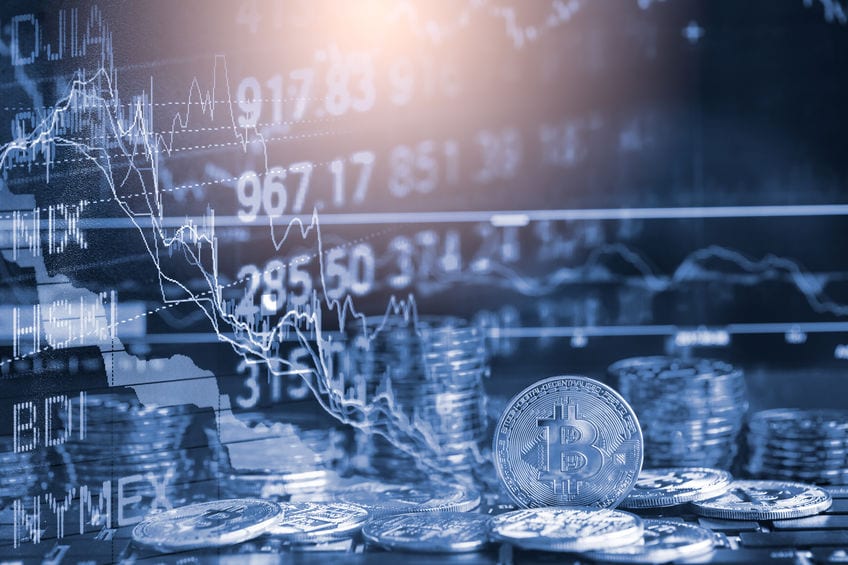 Bitcoin (BTC) price has continued to lead the way higher with Ethereum (ETH) closing in on the $2,000 handle. In the meantime, Binance Coin (BNB) is up over 50% on the day to increase February gains to nearly 600%.

Bank of America released a weekly report that shows investor inflows touched an all-time high with as much as $58 billion heading into global stocks.

“What we have seen from that Bank of America data are record inflows into U.S. large cap, in the tech sector. But less attention is being paid to areas that we think offer better potential for future returns,” she added.

Among the assets that Shue mentioned are speculative stocks that skyrocketed as a result of recent Reddit mania where a group of retail investors collaboratively pumped a handful of stocks, as well as Bitcoin.

The number one cryptocurrency is up around 65% year-to-date, and 360% up over the past 52-weeks. Shue believes that the coronavirus vaccine rollouts will help accelerate the recovery of the global economy faster-than-expected.

Bitcoin, not a hedge

In a similar fashion, analysts at JP Morgan issued a warning that Bitcoin shouldn’t be seen as a hedge against equities.

Bitcoin (BTC) is an “economic side show” that shouldn’t be used as a hedge against stocks, according to analysts at JP Morgan. According to a memo analysts sent to clients, Bitcoin price currently trades well above its fair value.

Furthermore, the mass crypto adoption and increased institutional awareness, that is fueling the ongoing rally, will only increase the correlation with cyclical assets that will ultimately the need to invest in Bitcoin as a part of the diversification strategy.

“Crypto assets continue to rank as the poorest hedge for major drawdowns in equities, with questionable diversification benefits at prices so far above production costs, while correlations with cyclical assets are rising as crypto ownership is mainstreamed,” analysts said.

Janet Yellen, the Treasury Secretary, also doesn’t seem to be a fan of Bitcoin and cryptocurrency as he called the world’s largest digital asset a “highly speculative asset”.

“I think it’s important to make sure that it is not used as a vehicle for elicit transactions and that there’s investor protection. And so regulating institutions that deal in Bitcoin, making sure that they adhere to their regulatory responsibilities, I think is certainly important,” she told CNBC.

Bitcoin price is trading over 2% higher on the day to print a new all-time high near $53,000. For buyers, it was important to push the prie action above the $50,000 mark, but it seems that there is still room for the upside.

It is difficult to predict but the only technically-sound target on the upside seems to be $63,500, which is a 261.8% Fibonacci extension of the January correction.

Ethereum (ETH) price are still pushing to get the price action trading over the $2,000 handle for the first time ever. Today’s high of $1,952 is a fresh all-time high with minor profit-taking creating a pullback to $1,900. In this case, it is clear that ETH investors want to see the price head to 161.8% Fibonacci extension that is located around the $2,250 mark.

Finally, Binance Coin (BNB) exploded over 50% today to increase its 3-day gains to over 130%. Their digital asset has now surpassed the $40 billion market capitalization to become the third largest cryptocurrency. Given the scale of this move in BNB (up almost 600% in February) there are no technical indicators that can help predict next moves.

Institutional strategies and analysts are warning that Bitcoin and equities are trading at stretched valuations and a bigger correction may be warranted. In the meantime, both BTC and ETH have printed new record highs, while the BNB price has soared a further 50% today (up almost 600% in February).