He’s the black bird of the family! Amazing colourless kookaburra is spotted next to a feathered-friend on a balcony


A black kookaburra has been spotted next to a regular-coloured companion on a balcony in Australia.

Brett Jones took to Facebook to share an image of the rare bird, asking: ‘A friend took this photo, has anyone else seen a black kookaburra?’

The kookaburra is completely all black from its beak, to its feathers and its eyes. 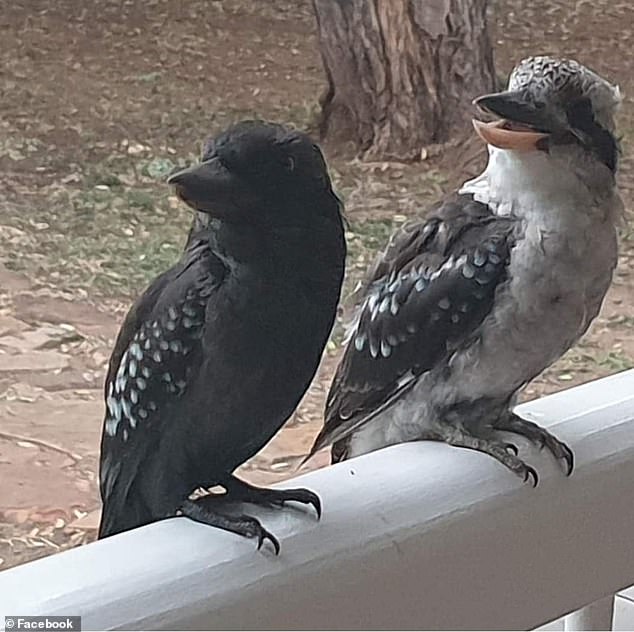 Some social media users joked about how the bird got its black colouring.

‘Mum bird cheated with a crow so we have a crowing hooter,’ someone joked.

‘Flew down a chimney?’ someone questioned.

‘Hatched during the bushfires?’ another asked.

The brid’s dark colours could be caused by excess production of dark pigmentation melanin, called melanism.

Melanism is usually caused by a genetic change and the genes responsible for melanism in birds are fairly well understood.

Polygon(MATIC) Price Mounts up, Way to $2 Is Imminent!