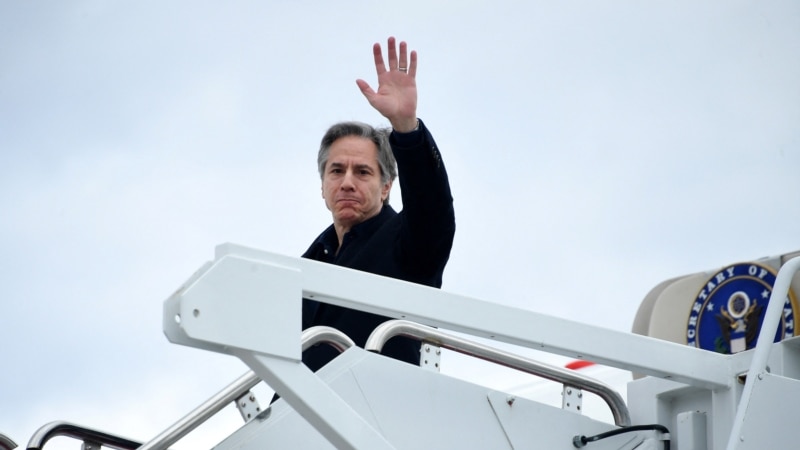 US Secretary of State Antony Blinken left for Eastern Europe on Thursday for meetings with NATO allies and other European leaders in an effort to find a diplomatic solution to the crisis in Ukraine.

In a statement, State Department spokesman Ned Price said Blinken will first travel to Brussels for a ministerial meeting of NATO foreign ministers, in addition to meeting with his European Union counterparts for the G-7 ministerial meeting. .

Blinken will travel to Poland on Saturday to meet with Polish leaders, including Foreign Minister Zbigniew Rau, “to discuss further security assistance in the face of continued Russian aggression.”

Price said the secretary of state will also thank Poland for generously hosting hundreds of thousands of displaced people from Ukraine and discuss how the United States can increase humanitarian assistance efforts for those fleeing Putin’s war.

Later on Saturday, Blinken is scheduled to travel to Moldova to meet with President Maia Sandu; Prime Minister Natalia Gavrilita and Foreign Minister Nicu Popescu to discuss Moldova’s efforts to receive and assist refugees and underscore US support for that effort.

From March 6-8, Blinken travels to Lithuania, Latvia, and Estonia to meet with the leaders of those countries and discuss joint efforts to support Ukraine, strengthen NATO’s deterrence and defense, and promote democracy and human rights.

At a news conference Wednesday, Blinken said intense diplomacy with allies and partners continues with the goal of end the crisis in Ukraine.

“If there are diplomatic steps we can take that the Ukrainian government believes would be helpful, we are prepared to take them, even as we continue to support Ukraine’s ability to defend itself,” Blinken said.

UN report: One million species of animals and plants are threatened with extinction | Sciences

UN report: One million species of animals and plants are threatened with extinction | Sciences