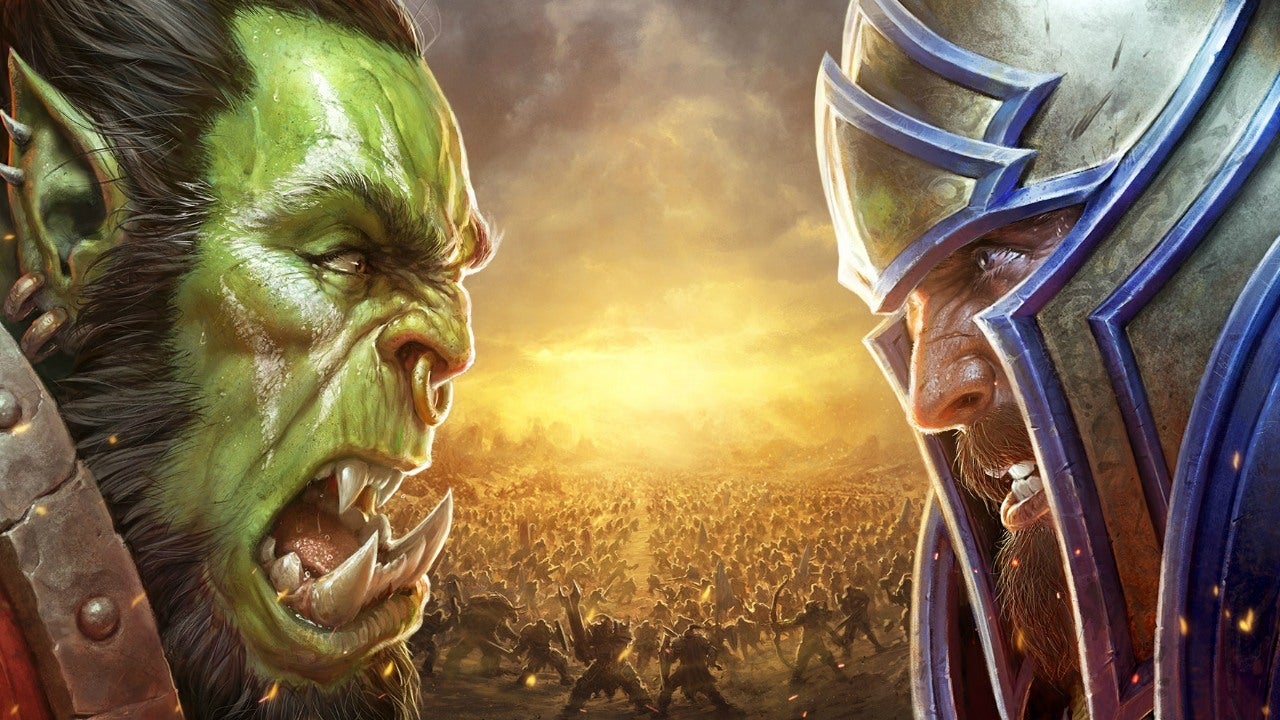 For nearly two decades now (and long before that if you count its Warcraft predecessors), World of Warcraft has centered around a conflict between two factions: the Alliance and Horde. Never have the twain been able to meet to do content together cooperatively in the MMORPG…but Blizzard says that may one day change.In today’s World of Warcraft Q&A at BlizzCon 2021, panel moderator Scott Johnson asked a number of questions regarding the recent announcements of World of Warcraft: The Burning Crusade Classic and World of Warcraft: Shadowlands’ upcoming 9.1 patch to a panel of Blizzard developers including game director Ion Hazzikostas, touching on topics such as the recent cinematics and lore, character availability and transfer for The Burning Crusade Classic, and game balance.

The discussion turned to the fact that some of the “realms,” or servers in World of Warcraft have an exceedingly low population of either Alliance or Horde. And since players can only do raids, dungeons, quests, and most other content with their same faction, this can often lead to players either changing to higher population servers or switching factions, effectively either ensuring some servers become even more skewed, or are abandoned entirely. Hazzikostas cited features like cross-server gameplay and connected realms as having alleviated much of that issue, but acknowledged that it was still a problem due to the need for guilds to be made up of characters all on one server, among other issues.

Have you played World of Warcraft: Shadowlands?

Johnson then asked the panel a question that he acknowledged comes up seemingly on a yearly basis, with a negative answer each time: would Blizzard ever let the Horde and Alliance raid, or do Mythic dungeons together?

Hazzikostas bucked the trend with his response:

“I honestly would not say never…There are a ton of reasons why it is essential to retain faction identity, but for the sake of rated arena, from day one, Alliance could fight Alliance and Horde could fight Horde. When Burning Crusade Classic comes out later this year, that will be a thing and that will be a competitive activity, and that was one of those areas where the gameplay and the need for matchmaking was the top priority and had to be. In an ideal world, all of these priorities would co-exist, but at the end of the day an MMO like World of Warcraft is about being able to play with your friends, being able to play where you want to be and arguably, there’s greater stretch in the faction identity if you feel you can truly choose the faction you identify with, that you feel most a part of, and not have to sacrifice that because you need to be with your group or you want to join a higher-rated guild.

“I have coworkers who are lifelong Alliance players who now play Horde, who really wish they could be Alliance, who are doing it for guild reasons, and I know there are tens of thousands, maybe more, in that exact same boat around the world. We’d love to do something for them.”

Whatever this change ends up looking like, it’s clear that the potential unification Hazzikostas suggests isn’t coming anytime soon. While Patch 9.1 Chains of Domination includes a number of new features including a new raid, a mega-dungeon, and a new outdoor area, it doesn’t look like the Alliance and Horde will get to play together for now.

But Blizzard does seem open to further big leaps that it may not have considered in the past, with developers telling IGN in a pre-BlizzCon interview that they are open to the idea of one day releasing a Wrath of the Lich King Classic version — if enough players are interested.