A bargain store in Swansea is asking its customers to use their judgement on which items are ‘non-essential’ because their staff cannot challenge them.

Signs asking shoppers to ‘judge’ what goods they deem to be non-essential have gone on display at the Parc Tawe B&M branch.

Many goods including toasters, kettles, duvets, wrapping paper and childrens’ toys have been labelled as non essential by the Welsh Government during the 17-day firebreak lockdown which came into force at 6pm on Friday October 23.

The majority of supermarkets have actively blocked off parts of their stores with large plastic coverings but the Parc Tawe B&M store have placed the onus on their customers and use their common sense.

While some products are covered by large plastic sheets, other’s such as wrapping paper are on full display at the store.

Signs on the shelves read: ‘Please buy essential goods only – B&M store colleagues are not authorised to challenge members of the public so we ask shoppers to judge properly what is essential.’ 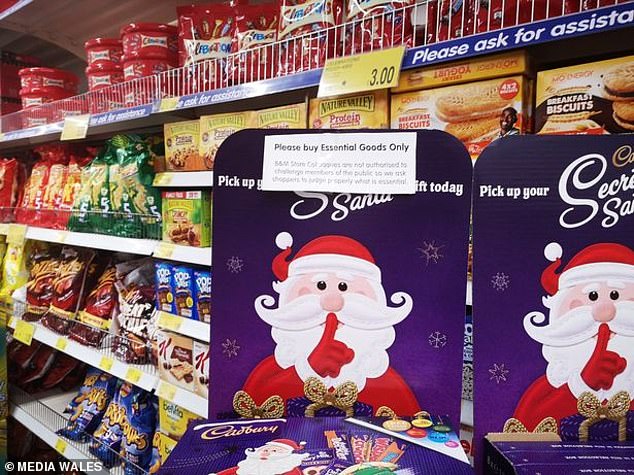 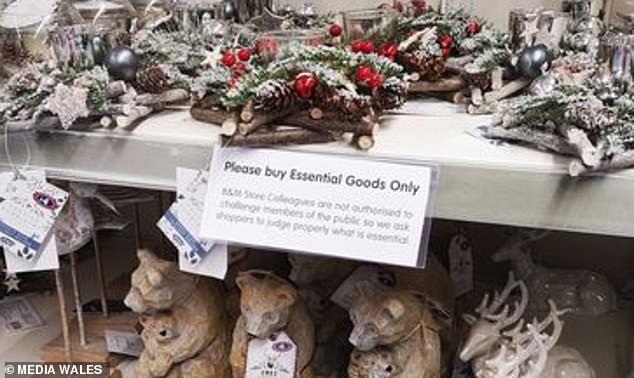 All of these items fall under the Welsh Government’s ‘non-essential’ goods list.

B&M stores stock a wide range of products including food and toiletries which are considered essential and therefore permitted to be sold during the circuit breaker lockdown.

In a tweet posted over the weekend, First Minister Mark Drakeford said the Welsh Government would review ‘how the weekend has gone’ to make sure that ‘common sense is applied’ with regard to the ban on the sale of ‘non-essential’ items.

But a backlash has been gathering momentum since the lockdown four days ago and thousands of people are furious over what they can and can’t buy under the ‘non-essential’ umbrella. 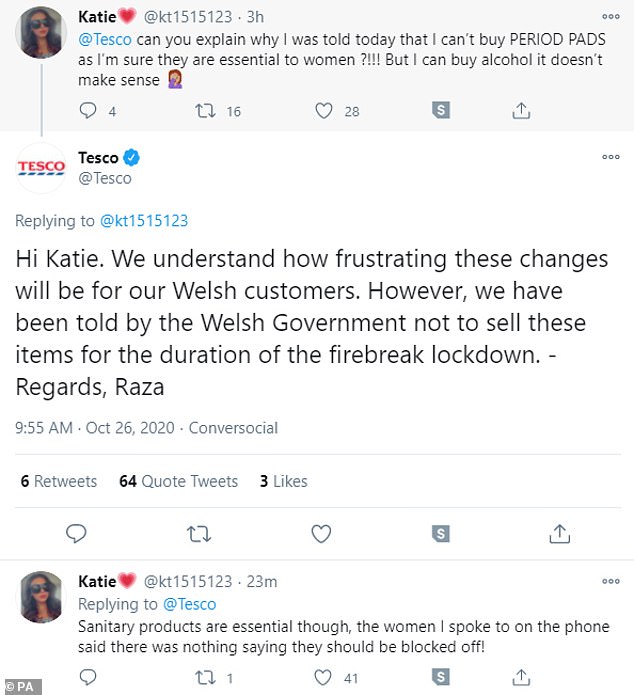 Customers have reacted with bewilderment that alcohol is seen as ‘essential’ but school uniform, vacuum cleaners and hairdryers are not.

To add fuel to fire, the Welsh ‘trolley police’ sparked further outrage after women in Tesco were told they could not buy sanitary towels – because they were ‘non-essential’ items.

Details of the extraordinary restriction were tweeted by the supermarket online after a complaint from a shopper, known only as Katie from the Cardiff store.

It sparked a brief disagreement between Tesco and the Welsh Government who blamed each other for the debacle.

Katie had posted: ‘Can you explain why I was told today that I can’t buy period pads as I’m sure they are essential to women?!!! But I can buy alcohol it doesn’t make sense.’ 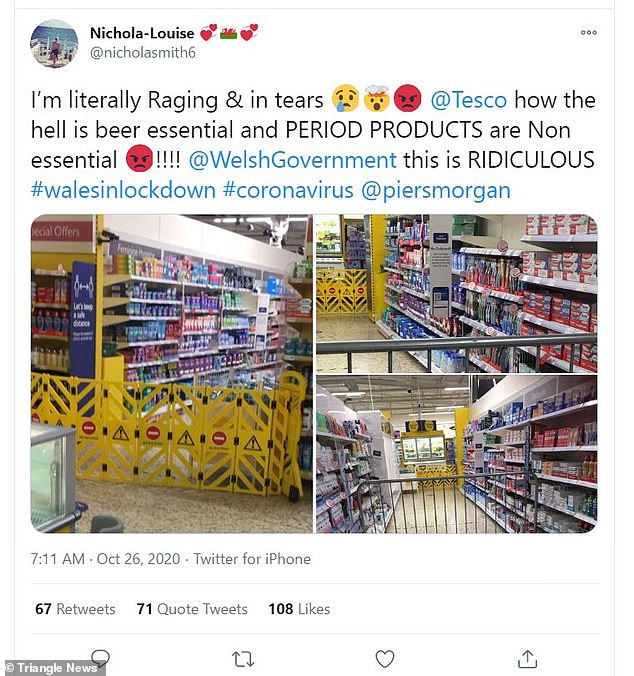 Then, in a now-deleted post, Tesco responded: ‘We understand how frustrating these changes will be for our Welsh customers.

‘However, we have been told by the Welsh Government not to sell these items for the duration of the firebreak lockdown.’

Katie wasn’t the only customer who was refused sanitary products. 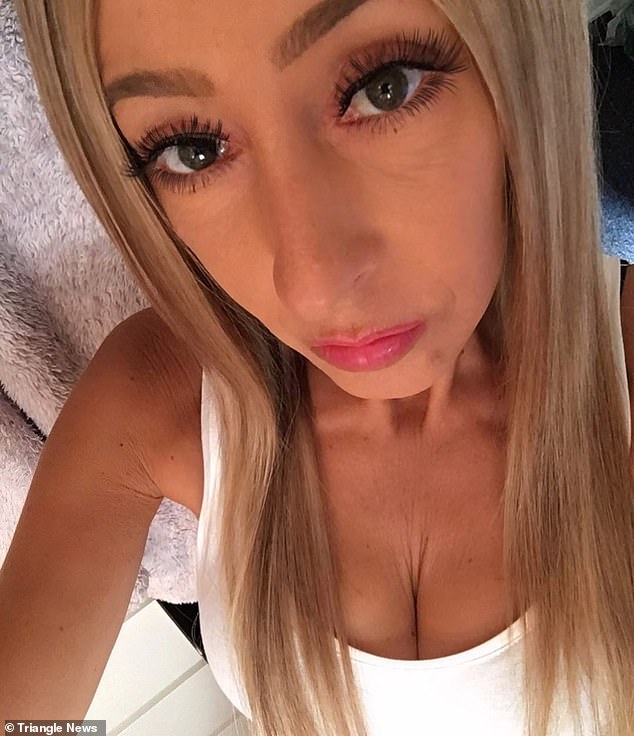 It prompted the authority to get involved and issue a terse statement saying the supermarket, whose location is not known, were incorrect.

The Welsh Government insisted: ‘This is wrong – period products are essential.

‘Supermarkets can still sell items that can be sold in pharmacies. Only selling essential items during firebreak is to discourage spending more time than necessary in shops. It should not stop you accessing items that you need.’ 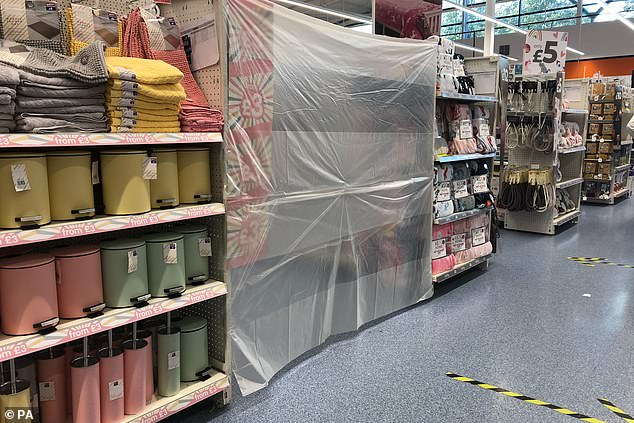 Tesco issued an apology and said pictures of barriers near the items were actually only there after a police incident, unrelated to the new rules.

A petition calling for an end to the restriction has attracted more than 50,000 signatures since the firebreak lockdown last week.

Critics have said the ban is ‘disproportionate and cruel’ and point out that shoppers will be forced to buy products online with the only person to benefit being Amazon owner Jeff Bezos.

15 puzzles to buy online before they sell out again

15 puzzles to buy online before they sell out again