The decomposed bodies of seven ‘stowaways’ with enough food to last just 72 hours have been found in a shipping container in Paraguay after it left Serbia three months ago.

The container filled with fertiliser was dispatched on July 21 and arrived this week via Argentina at a river port on the outskirts of the Paraguayan capital of Asuncion after a 7,000 mile journey.

The bodies were discovered on Friday when the managers of the company that bought the product opened it, prosecutor Marcelo Saldivar said.

‘All the bodies are decomposed. They are just hair and bones,’ he added. 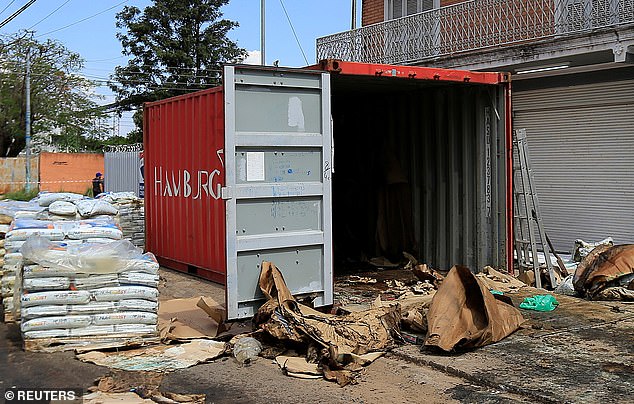 The badly decomposed bodies, just hair and bones, were removed by forensic investigators on Friday after the container arrived from Serbia after a three month journey 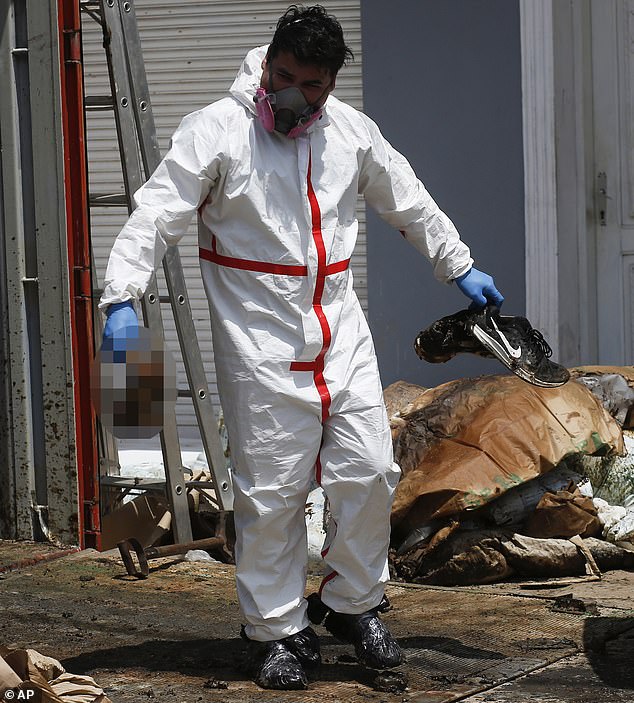 A forensic police investigator collects human remains and a pair of shoes found in a container sitting in a street outside an office building in Asuncion, Paraguay, on Friday 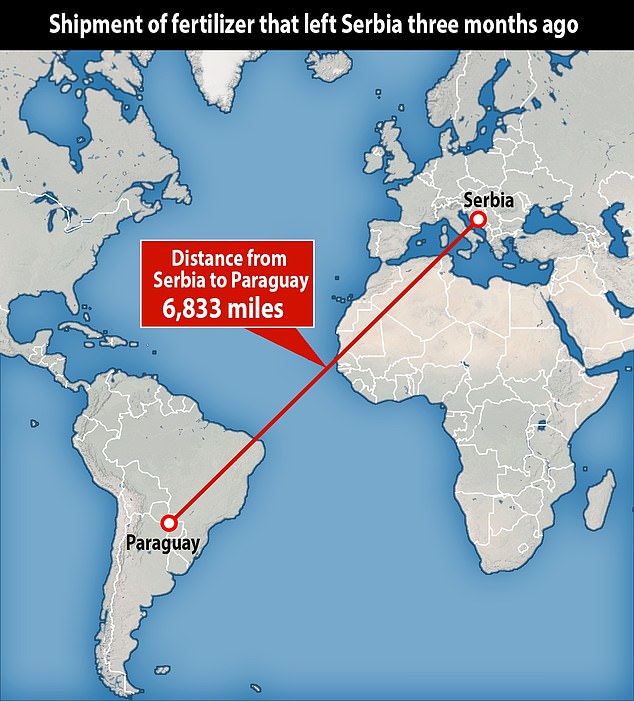 Saldivar said the victims, who were all adults, appeared to have been stowaways.

Two had identity documents indicating they were Moroccan, and a receipt for a Serbian taxi company was also found, suggesting they entered the container in Serbia.

‘We assume that they arrived there from their country of origin and had planned to travel to a nearer destination but they did not calculate the distance well and did not survive the trip,’ he told Reuters.

‘The supplies they had – cookies, bottled water and tinned food – were enough to last 72 hours.’

Police also found bags of clothing and an opening for ventilation in the area of the container where the bodies were found. 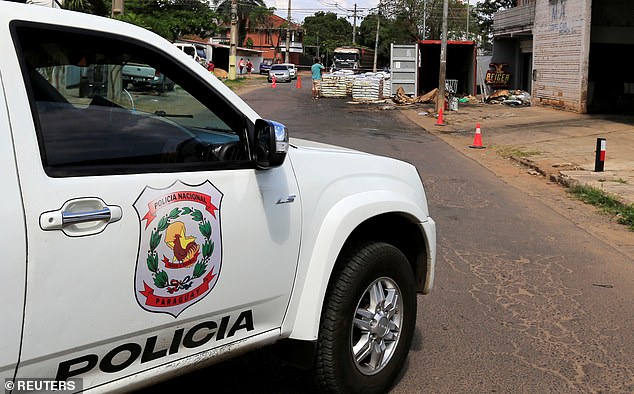 A police vehicle is seen near a container where the authorities found decomposed bodies inside a fertiliser shipment that left Serbia three months ago, in Asuncion, Paraguay 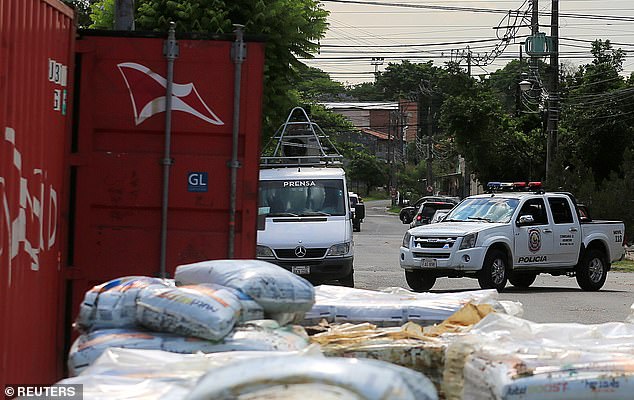 The shipment’s route would be checked, he said, along with cell phones found with the bodies, and the authorities in Morocco and Serbia would be contacted to try to determine the victims’ identities.

The horrifying case has grim echoes of the 39 dead Vietnamese people who were discovered dead inside a container in Essex, United Kingdom, in October last year.

The victims, aged between 15 and 44, suffocated in the sealed trailer in sweltering temperatures of up to 38.5C.