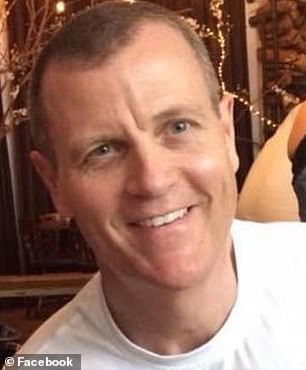 Alan White vanished on October 22, 2020. His body was found in woods in Dallas on Thursday

The body of a 55-year-old KPMG executive has been found in woods in Texas, seven months after his disappearance.

Alan White vanished on October 22 when he went to work out at LA Fitness in north Dallas.

He was later seen on surveillance footage filling his Porsche Macan SUV with gas.

Dallas Police found his car a week later but there was no sign of White.

His body was found on Thursday less than a mile from where his car had been located in late October.

Dallas police said that a survey crew working for Paul Quinn College found human remains in a wooded area to the northwest of the southeast Oak Cliff campus about 12:30pm on Thursday.

The Dallas County Medical Examiner confirmed the identity on Friday. The cause of death is still undetermined, and it is unclear how long White’s remains had been there.

In October, White’s distraught mom and his partner of 18 years said there was no reason why he would disappear and offered a $15,000 reward for information on his whereabouts.

A private fund is still offering a $10,000 reward for information regarding White’s case. 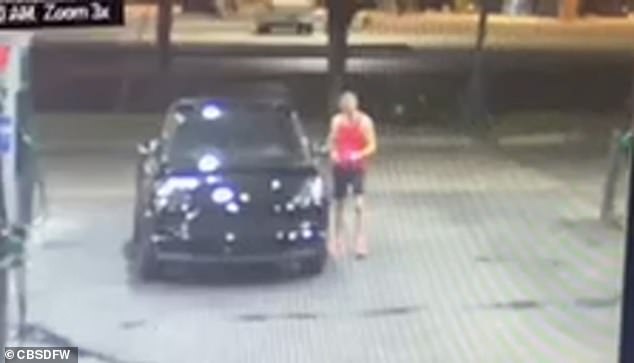 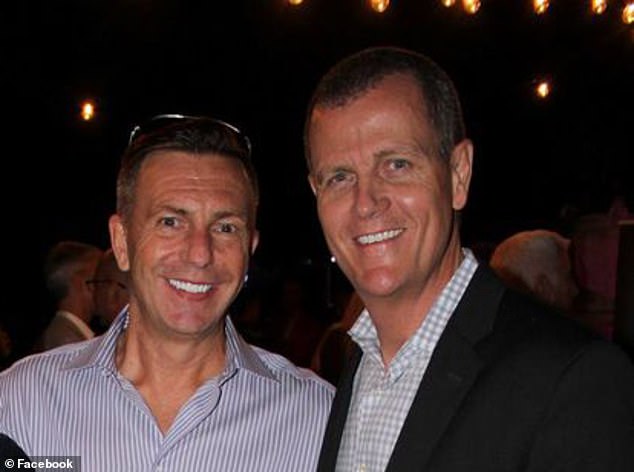 Rusty Jenkins, White’s partner, left, said he grew concerned when he didn’t return home from the gym. Pictured together. White’s body was identified on Friday by the Medical Examiner

Rusty Jenkins, White’s partner, said he grew concerned when he didn’t return home from the gym.

Jenkins said he started searching for White along the route between the gym and their home and called local hospitals fearing he had been in an accident. 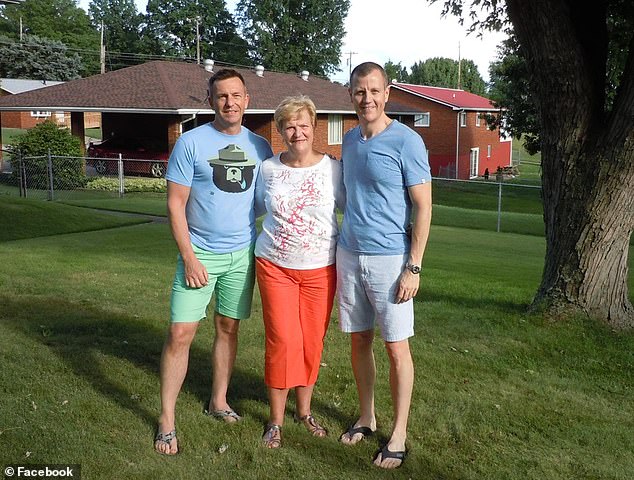 Alan White (right) with his mother Maralu Craven (center). The KPMG executive, 55, was missing for seven months after completing a morning workout at an LA fitness branch in uptown Dallas before being last seen on surveillance footage filling up his car with gas

‘I got in the car at 7, drove the route back and forth trying to find him. Trying to find evidence of a wreck somewhere,’ he said.

‘I was calling the hospitals trying to find out if there was an unidentified John Doe in any of the hospitals, because I didn’t know if he had his ID with him or not.’

White had been scheduled to dial in to a work conference call from home at 7:30 a.m. but failed to appear.

Jenkins filed a missing person report with Dallas Police at around 11 a.m. that day. 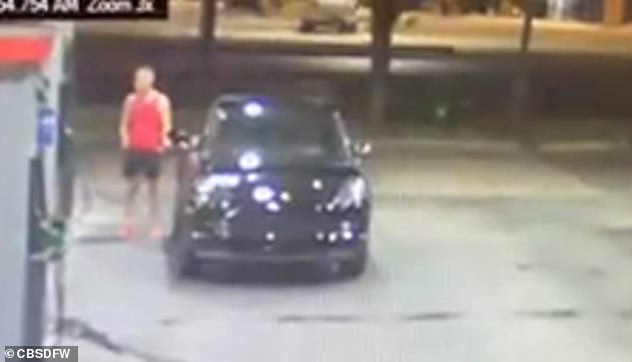 Dallas Police found his car one week later in southeast Oak Cliff, near Bonnie View Road and Simpson Stuart Road, but there was no sign of White

Speaking before the discovery of White’s body, his mother, Maralu Craven, told WFAA that she would not give up hope until he was found.

‘I’m not going to give up hope at all. Until they tell me that he’s gone. Somebody has to know something,’ Craven said.

‘He had no reason to up and leave, that’s what is mind-boggling,’ said White. ‘The short distance between the gym and home, how he could just disappear, that’s the hardest part.’

The family offered a $15,000 reward for any information that led to his whereabouts.

According to White’s LinkedIn profile, he had worked at KPMG since February 2020 as a managing director in the CIO Advisory practice in Dallas.

The investigation remains active and ongoing, and the Homicide Unit is asking for anyone with information regarding White’s case to contact Detective Eric Barnes at (214) 283-4818 or eric.barnes@dallascityhall.com.

The LA Fitness White visited the morning he vanished. White’s family are offering a $15,000 reward for information as to his whereabouts

Lithuania to donate 200,000 COVID-19 vaccines to Moldova, Georgia and Ukraine

Belarus protests: Convictions tallied at 400, but hundreds more are still in jail