A bodybuilding pastor who has struck up an unlikely friendship with troubled NRL heavyweight Sam Burgess claims the pair have formed a ‘father-son’ relationship.

Pentecostal preacher Rob Quatro and the sports star were first spotted together grabbing coffee at a Gold Coast cafe on March 27, before leaving in a car registered to the Metro Church.

The 32-year-old has been spending time training with his new friend and spiritual adviser who has introduced him to the Pentecostal faith, although at this stage Burgess is just an interested observer.

Addressing their relationship, Quatro said they were introduced to each other by a mutual friend to start training at a local gym but they quickly developed a close bond. 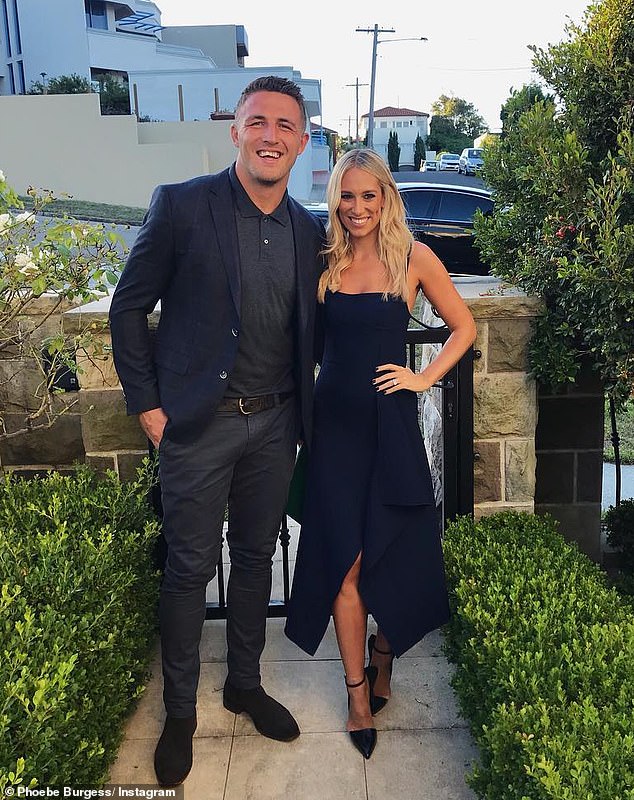 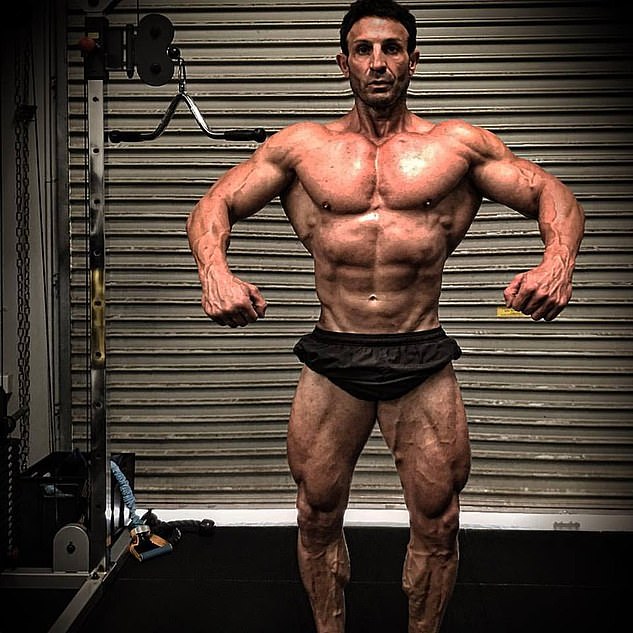 Rob Quatro (pictured), who has won international titles in bodybuilding and powerlifting, said he is helping the troubled athlete make changes in his life

‘We just clicked instantly and it sort of became this father-son kind of relationship because Sam is 32, which is the same age as my daughter,’ Quatro told The Daily Telegraph.

‘And we started communicating. He came to church a few times. He seemed to enjoy it and slowly I could see things began to change with him.’

The ripped church leader said he has been encouraging the embattled rugby league player, who has recently faced legal troubles and a high-profile divorce, to make changes in his life.

Since they connected Quatro said Burgess’ family members have already noticed a ‘massive’ positive change in the athlete.

‘I started to realise that Sam is a very special guy and an extremely soft individual inside, who was honest about everything. He has messed up and he knows he has messed up, and I think he would give anything to go back and change things,’ Quatro said.

‘But he is making the steps now to make changes in his life.’

Quatro is a well-known fitness trainer who has won international titles in bodybuilding and powerlifting, as well as being a pastor with the church. 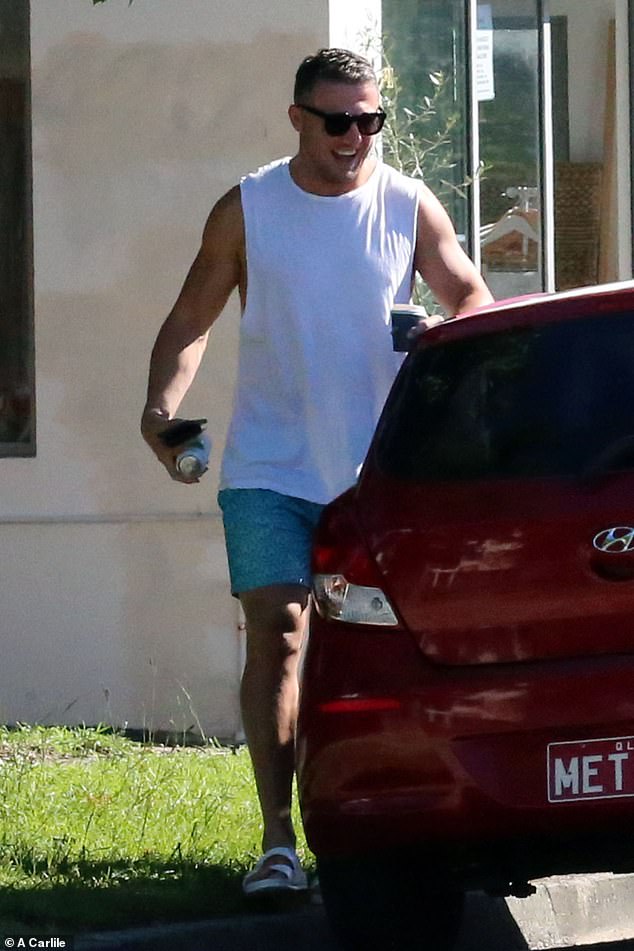 Burgess was spotted in the company of Rob Quatro, a friend and pastor at Gold’s Coast’s Metro Church, last month 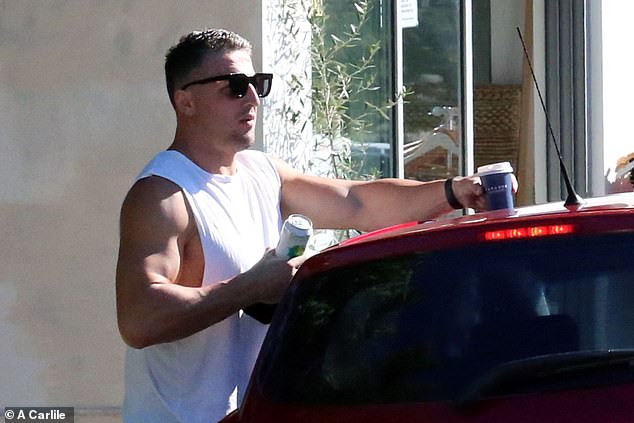 The former Rabbitohs star escaped Sydney to Queensland shortly after he was cleared on appeal of intimidating his former father-in-law Mitch Hooke.

That court decision came after 18 months of upheaval in his life during which Burgess separated from wife, Phoebe, and was forced to retire from the NRL due to a chronic shoulder injury in October 2019.

The 32-year-old will face another court in May after allegedly being detected driving with cocaine in his system while on his way to pick up his children from Bowral on February 22 this year.

He was allegedly unlicensed while behind the wheel of his BMW X5 which was unregistered due to his failure to pay $1,200 in parking and traffic fines.

Burgess has told friends he is on the Gold Coast to ‘get out of the hustle and bustle’ of Sydney as he tries to ‘better himself with a few things’.

He attended a service at the church last month but is said to be more interested in his personal development than permanently joining an organised religion.

While in Queensland, the former premiership-winner has also been filming Channel 7’s new season of Celebrity SAS: Who Dares Wins.

Quatro has his own redemption story, having lost his father when he was 15 and descended into heavy drinking and drug abuse as his life spiralled out of control.

A friend introduced him to bodybuilding aged 17 and he turned his life around. 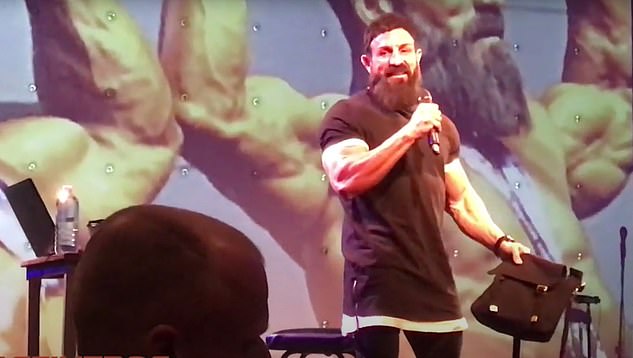 Quatro on stage at Metro Church, Gold Coast, where he is a regular speaker at services

Daily Mail Australia revealed Burgess’s connection to the Metro Church, based at Varsity Lakes, after a member of the congregation posted an Instagram snap of himself with the 2014 grand final hero.

The Metro Church was previously approached for comment on its relationship with Burgess but did not respond.

The Burgess clan hails from Dewsbury, in South Yorkshire, but there is no family link.

Daily Mail Australia previously revealed the Gilpins were involved in a racism row in England in 2020, which forced them to resign from the Hope City Church they’d founded.

An internal report by Hope City Church found it was managed in a way so that it would not appear ‘too black’.

The controversy erupted in the wake of George Floyd’s death while being arrested in Minneapolis and the Black Lives Matter protests in the US during 2020.

The report noted ‘a number of notable instances where people of colour had felt intentionally discriminated against on the basis of race’, including being excluded from senior positions in the church. 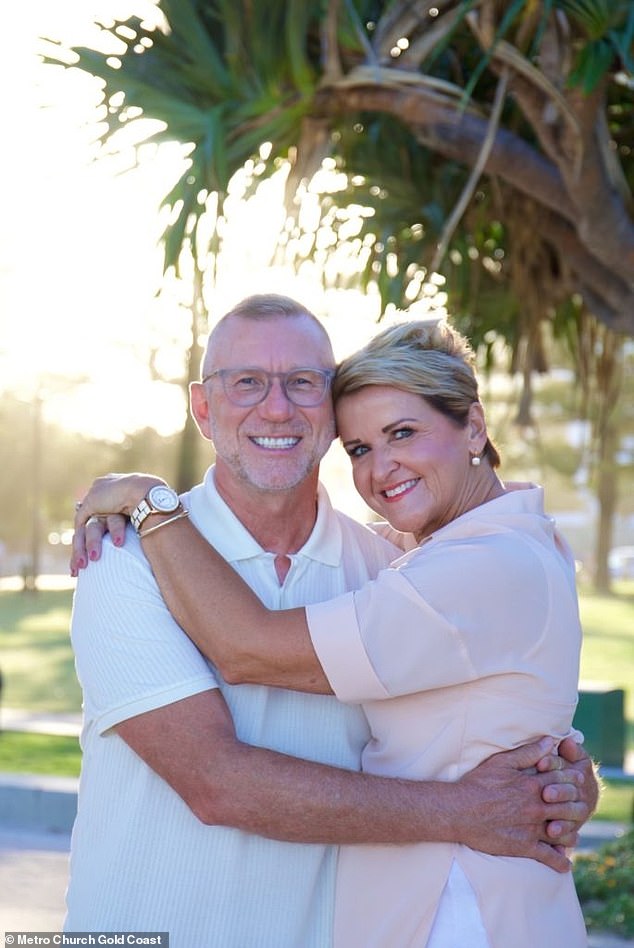 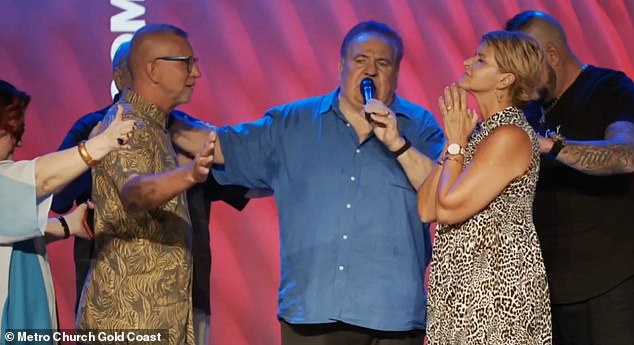 ‘Because we were getting fewer white people attending in Sheffield, I tried to make the church more appealing to what white people wanted. I realise in the past week that this is completely racist.

‘That I have contributed and added to generations and centuries of racism over the earth, and I have hurt many people in the past and the present, I am deeply sorry.’

Shortly after resigning the Gilpins returned to Australia and were appointed senior pastors at the Metro Church, which had been founded on the Gold Coast in 2006 by Garry and Kasey McDonald.

‘It wasn’t that long ago that we felt our hearts stirred from the other side of the earth (the UK) to move to the Gold Coast,’ the Gilpins write on the site.