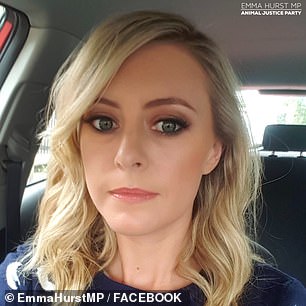 A glamorous vegan bodybuilder politician has spoken out about her struggle with debilitating adenomyosis that once left her in so much pain she passed out.

Emma Hurst made headlines in 2018 after winning three bodybuilding competitions in 2019 before snagging a seat in the NSW Legislative Council as an MP for the Animal Justice Party.

On Monday, the 40-year-old took a step away from her parliamentary duties to share intimate details about her struggles with two chronic illnesses – one which she describes as being like ‘the evil cousin of endometriosis’.

‘For the last few months I have been in extreme pain almost every day,’ she told her Facebook followers.

‘Today I’m heading to hospital for the first of at least two surgeries. I have adenomyosis and stage 3 endometriosis.’ 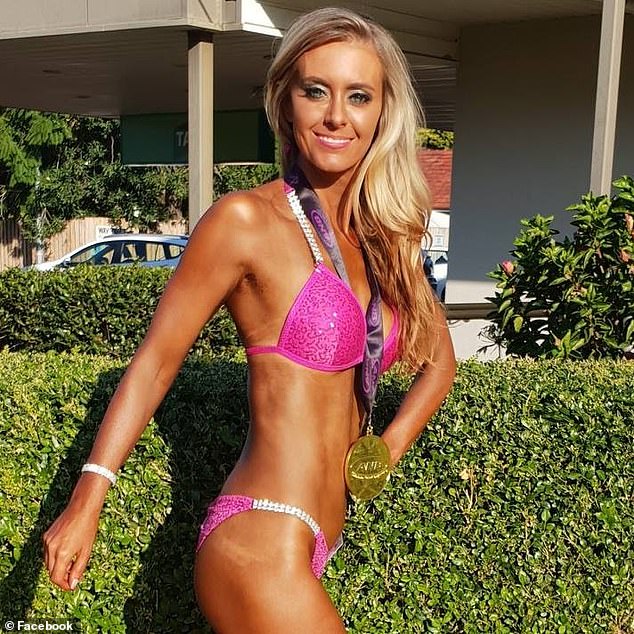 Endometriosis is a painful disorder where the tissue that lines the uterus, the endometrium, spreads outside the uterus and can cause inflammation, cysts and scars throughout the pelvic region.

Ms Hurt’s stage 3 diagnosis means she has a large build-up of endometrial tissue on her internal organs, cysts on one or both ovaries and thick bands of scar tissue.

Adenomyosis happens when the endometrium grows into the muscular wall of the uterus, resulting in severe pain and heavy periods.

Both conditions require invasive internal exams to diagnose and, while surgery can temporarily ease the agony, there is no permanent solution and it typically returns within one to two years. 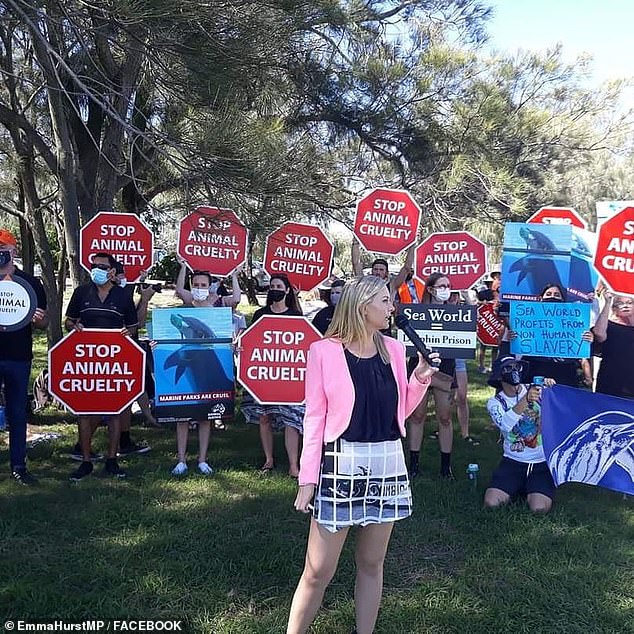 Pictured: MP Emma Hurst at a rally against animal cruelty. She is a vegan and animal rights activist

Ms Hurst explained the conditions left her in so much pain at one stage that ‘for the first time in my life, I called an ambulance’.

‘They wouldn’t come,’ she continued. ‘After an hour the pain became so bad I passed out.’

The MP said her impending surgeries are to treat adenomyosis, but she also expressed her shock at finding out that about 800,000 Australian women suffer from the conditions.

‘After getting my diagnosis I read the most appalling stories that women have had to endure – some for many decades,’ she wrote.

‘What I have discovered during this whole process is how messed up the system is and the lack of support for women’s health issues – I will have a lot more to say on this later.’ 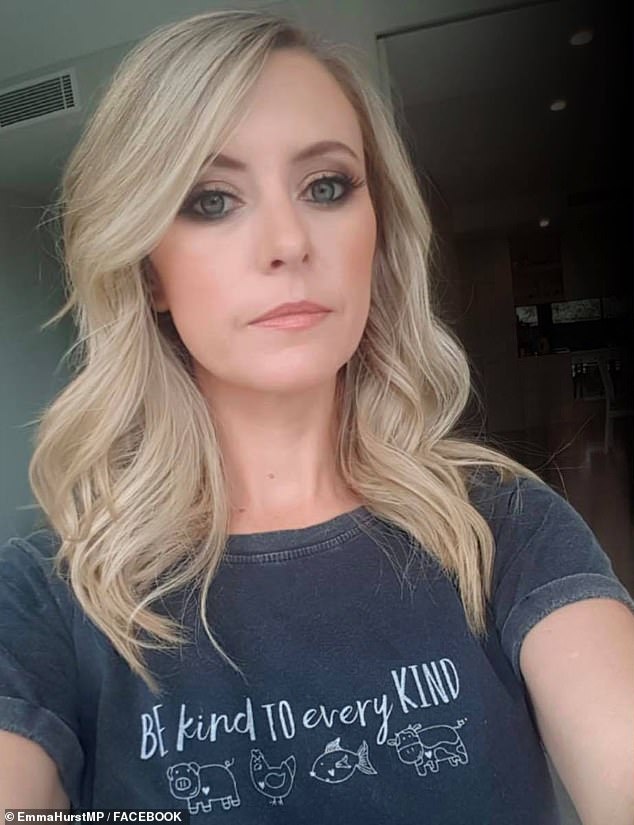 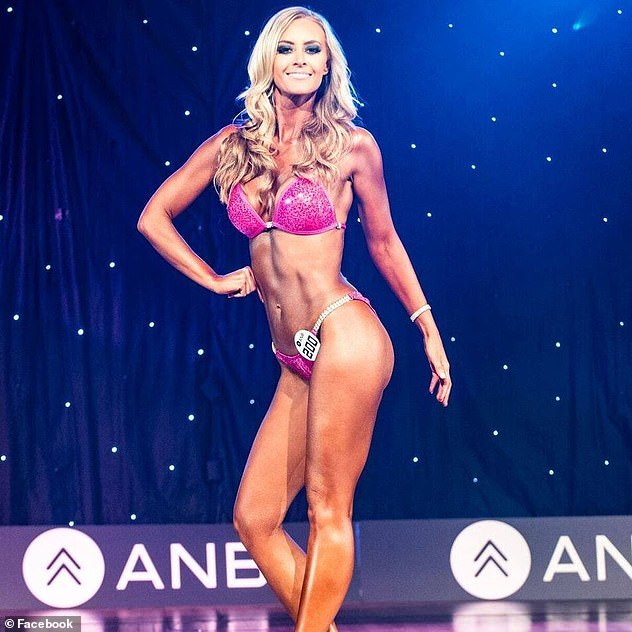 Women flocked to the comments section to share their own experiences with the two chronic illnesses.

‘I can exactly relate how you feel Emma because I have exactly the same as you, I have been dealing with pain for many years and I can say that I have been in the ER a couple of times,’ one woman wrote.

‘I was diagnosed with adenomyosis just this month… I’m grateful for the diagnosis and disappointed for the little known about women’s bodies and health. I wish you a good recovery Emma,’ another wrote.

A third woman added: ‘I had severe adenomyosis and endo and I have to say adeno is the worst pain I have ever endured. It took 18 months to get a diagnosis, during which time I was bedridden for seven months and was literally suicidal.

‘I really hope you get yours back too and are soon feeling your brilliant best.’

Ms Hurst said she is hoping for some pain relief and ‘good vegan hospital food’ throughout her recovery.

WHAT IS ENDOMETRIOSIS AND ADENOMYOSIS?

Adenomyosis occurs when the cells that normally line the uterus also grow in the layer of muscle in the wall of the uterus.

It can cause enlargement of the uterus and heavy periods.

It is only seen in women in their reproductive years because it requires the hormone oestrogen to grow.

It eventually goes away during menopause when oestrogen production drops.

Some symptoms include: heavy periods, painful periods, pain during sex, bleeding between periods and tiredness from the anaemia caused by blood loss.

Endometriosis occurs when tissue from the uterus grows on other internal organs.

More than 830,000 of Australian women suffer with endometriosis, with the disease often starting in teenagers.

Symptoms are variable and this may contribute to the seven to 12-year delay in diagnosis. Symptoms include pelvic pain that puts life on hold around or during a woman’s period. It can damage fertility.

Endometriosis most often affects the reproductive organs it is frequently found in the bowel and bladder and has been found in muscle, joints, the lungs and the brain.