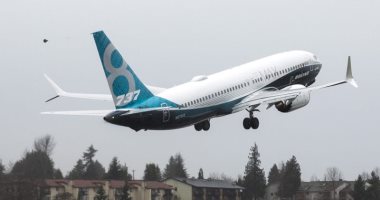 Today, Tuesday, the American aircraft manufacturer Boeing resumed flights of its “737 MAX” aircraft after a hiatus of nearly two years; Following the crash of two aircraft of this model, the last of which was in March 2019.
American sources indicated that these planes flew over the American airspace today, carrying the passengers of Flight 718, which left Miami Airport this morning and landed at New York Airport, and is scheduled to make its return flight later today, ending a difficult period for Boeing.
The company’s aircraft of this type had stopped flying around the world after 346 people were killed due to the crash of two aircraft of the same type in two separate accidents, which were separated only by months, as the first accident occurred in Indonesia and the second in Ethiopia, which affected the company with heavy losses amounting to Tens of billions of dollars with the addition of government fines and loss of customers, as well as the reputation of this model and what is related to its technical defects.
The US Federal Aviation Administration lifted the ban on flying these aircraft after it required the company to install the required updates to the drivers and modify its network systems before it could fly again.
And the Federal Aviation Agency has been subjected to lengthy criticism from Congressmen and safety experts for issuing certificates of validity for these aircraft at first.