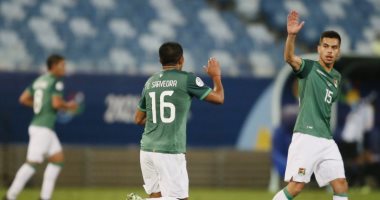 The players and the technical staff of the Bolivian football team were forced to undergo quarantine after one of the players who had been called up to participate in the South American qualifiers for the World Cup Qatar 2022, in a test to detect the emerging corona virus, was infected.

The player, whose name was not revealed, showed some symptoms of the virus and underwent a PCR test that confirmed his infection, according to what the Bolivian Football Association announced in a press release today, Friday.

The statement revealed that “in application of the health protocol, it was decided to isolate all members of the delegation and to conduct PCR tests on all its members.”

The players, the technical staff and the rest of the crew will be subject to “quarantine in their rooms” until the results of the tests are obtained at the end of the day, according to the federation.

The coach of the Bolivian national team, Cesar Farias, called up 53 players for the qualifiers, which start with the match against Ecuador in Guayaquil on the seventh of this month.

The Bolivian national team will play a match with Peru on the tenth of this month, which was postponed last March due to the outbreak of the epidemic. Bolivia will also face Paraguay on the 14th of the same month.

What is black walnut and why should you eat it daily?

Pelicans are not for sale