Multiple Fort Lauderdale Airport terminals were evacuated and entrance into the airport is shutdown Saturday because of a bomb threat.

A source told Fox News a passenger reportedly missed his flight and threatened to blow up the place, though police had not confirmed any details of the incident.

The only official police statement came from the The Broward County Sheriff Office’s which confirmed they were investigating a bomb threat made around 8:49am Saturday.

As of 12:30pm, 72 outgoing flights have been delayed and 60 inbound flights are delayed, according to the flight-tracking service FlightAware. 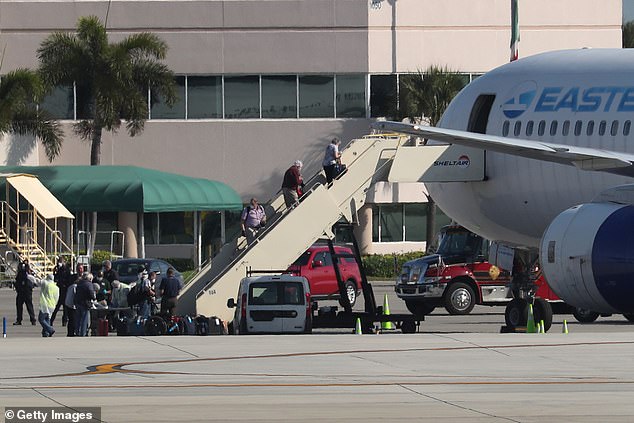 Four Lauderdale Airport, shown here in this file photo, was evacuated because of a bomb threat Saturday morning 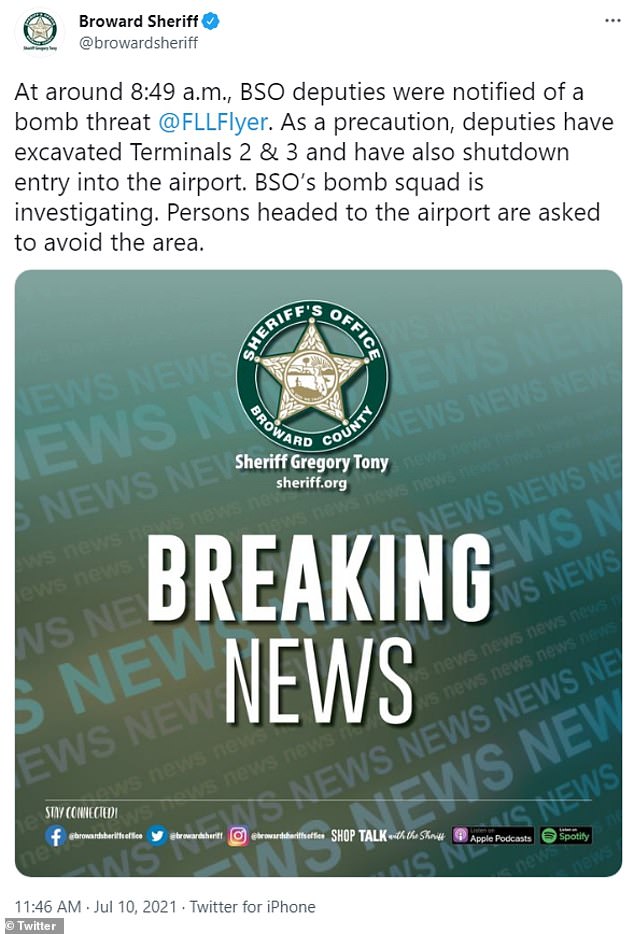 The airport issued a couple statements in a string of Tweets.

The most recent came at 11:42am saying, ‘Travel Alert #4: Law enforcement has just reclosed #FLL’s lower-level roadway, and the upper-level roadway remains closed due to an ongoing security investigation. We apologize for any inconvenience, but the security & safety of our passengers & employees are our top priority.’

Alabama grandmother, 94, gets to try on wedding dresses 70 years after her big day

Dogecoin Price Is In An Unfavorable Position, May Slide Below $0.2 2021

Maybe You Should Talk to Someone: A Therapist, HER Therapist, and Our Lives Revealed

Mother, 37, from New York nearly killed by her $60 NOSE PIERCING after it caused deadly infection