A furious homeowner has been left baffled by a Volkswagen Polo ‘abandoned’ in his parking spot after both police and council officials refused to remove the car.

The man shared his problem with other residents in Bondi in Sydney’s eastern suburbs after he was told by the council they would only move the car if it was parked in a ‘no stopping’ zone.

He said he only wanted the hatchback moved one or two streets away – prompting members of the public to offer a wide range of alternatives. 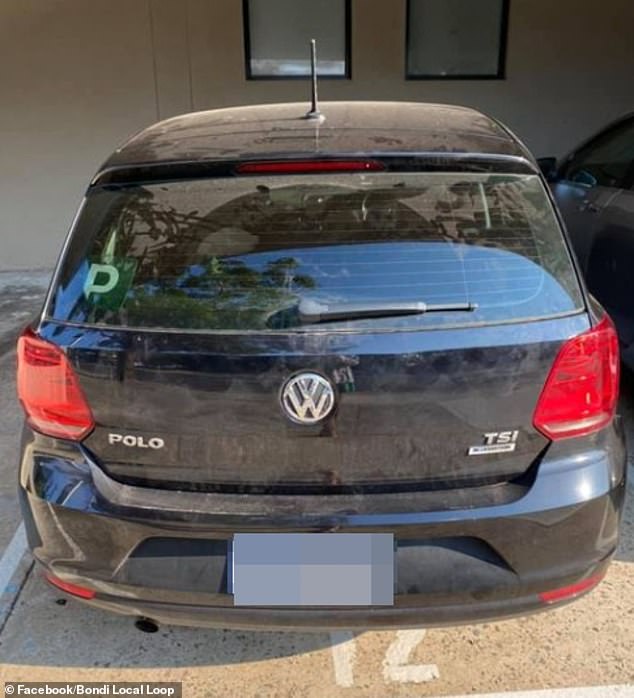 ‘This car has been abandoned in my property and the council won’t deal with it unless it’s in a “no stopping” zone,’ he wrote in a Facebook group for Bondi residents.

‘I’ve contacted the police and they said I could do this,’ he added, while offering $50 to anyone who could move the vehicle ‘ASAP’.

‘Light it on fire and they [the authorities] will move it,’ one commenter joked.

Other provided more serious options, with one suggesting he contact his strata company who could then arrange to have the Polo removed.

‘You’ll need a licensed tow driver. This will also need to be actioned by strata – not you,’ one person wrote.

Another said it might be easier to report the car as abandoned, since the licence plate has not yet been removed from the vehicle.

‘Usually if it’s abandoned, they’d remove the licence plate and rego sticker. I’d say the person is just being a d**k,’ they wrote.

One commenter said the cost of towing the vehicle would be at least four times the amount offered by the homeowner.

Instead, they suggested breaking the window and taking the handbrake off before pushing the car down the road.

A New South Wales Police spokesman told Daily Mail Australia abandoned vehicles on private property ‘need to be managed by the landowner/occupier of the premises’.