An innocent game of fetch gone horribly wrong very nearly cost a beloved family dog his life when he was impaled by a stick.

Dr Kate Gazzard was playing with her assistance dog Bootsy, when she threw a stick that landed on a 45 degree angle in a park on the Sunshine Coast.

Bootsy, a two-year-old border collie cross kelpie, leaped at the stick and stabbed himself in the neck as his owner watched on in disbelief. 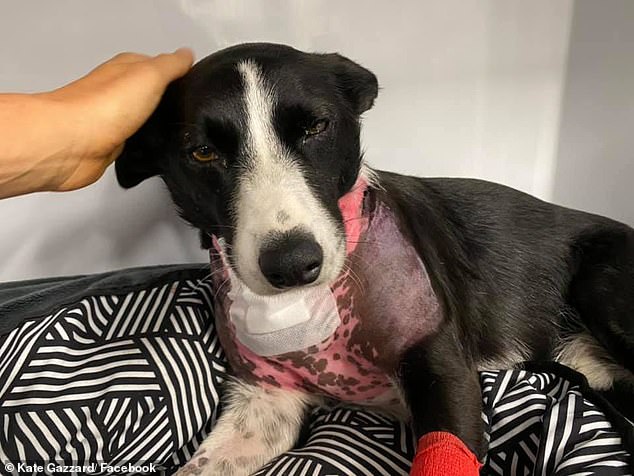 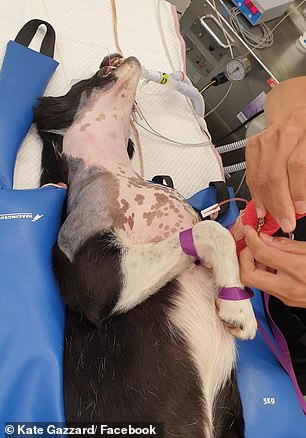 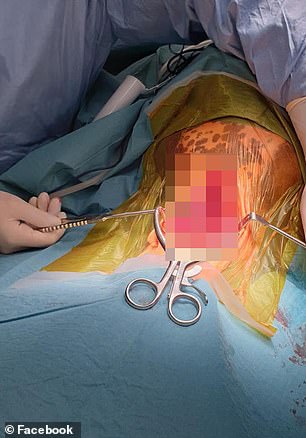 Bootsy had to have emergency surgery to remove the 15cm stick that pierced his throat, shoulder and neck

‘I saw him drop, gasping for air as his throat started filling up with blood,’ Dr Gazzard told Daily Mail Australia.

The 15cm stick snapped in half and pierced deep into Bootsy’s throat, down his chest and into his right shoulder.

Luckily, their local vet was only 500m away to intubate and ventilate Bootsy within two minutes.

Bootsy had emergency surgery to remove the stick and he spent three days in intensive care. 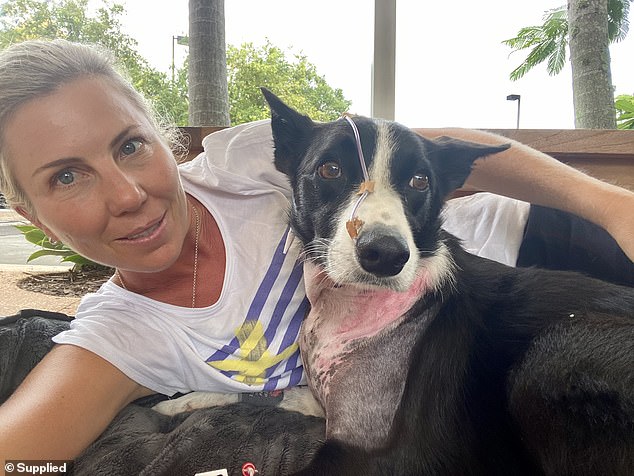 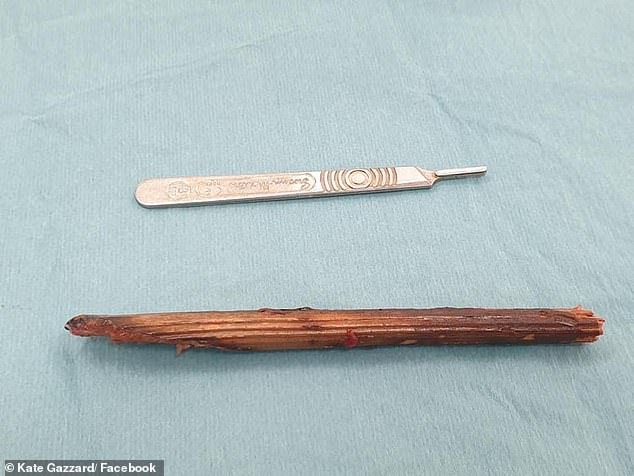 ‘The surgeons told us to prepare for the worst’, Dr Gazzard said.

For the next three days, Bootsy didn’t eat or drink but was able to come home, to the relief of his family.

But he developed pneumonia and was rushed back to the vet and was on oxygen for another three days.

‘I’ve been traumatised. He had an oxygen tube down his nose and was on four types of anti-biotics’, Dr Gazzard said. 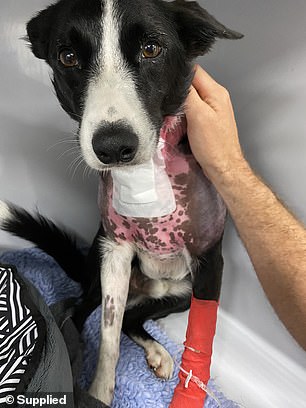 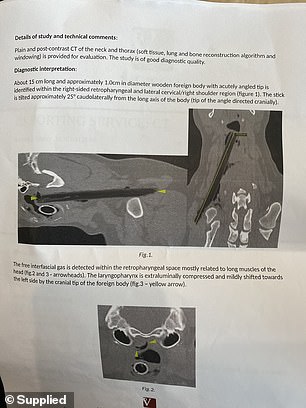 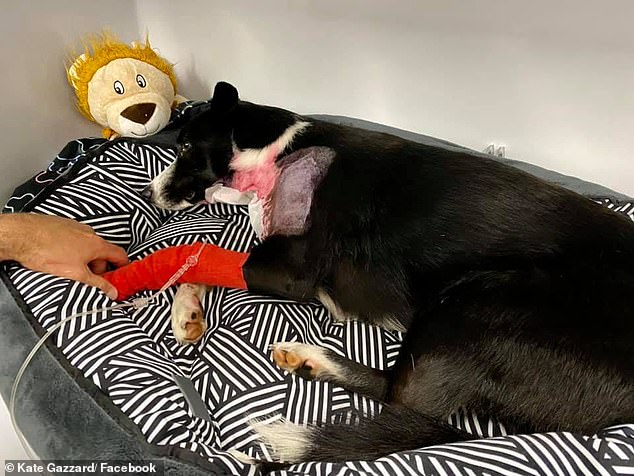 Once Bootsy arrived home, he was again rushed back to the hospital after suffering a gastric bleed.

Dr Gazzard said for the first 10 days, her beloved dog remained calm and would get lots of cuddles from the nurses.

‘I begged them to let me stay overnight at the vet, we’ve never been a part before,’ she said.

Instead, Bootsy was left with his favourite toy lion and finally returned home to complete his recovery.

‘I feel very lucky to have my little boy home’.

Ms Gazzard said Bootsy’s accident was one of her most ‘crushing moments’, but the support she recieved from friends and family lifted her spirits.

‘It’s been an incredibly horrific rollercoaster, but it’s been the support of friends and family online that reassure me it’s not only me fighting for Bootsy’s life,’ she said.

Bootsy was gifted plenty of rubber sticks and balls to help with his speedy recovery. 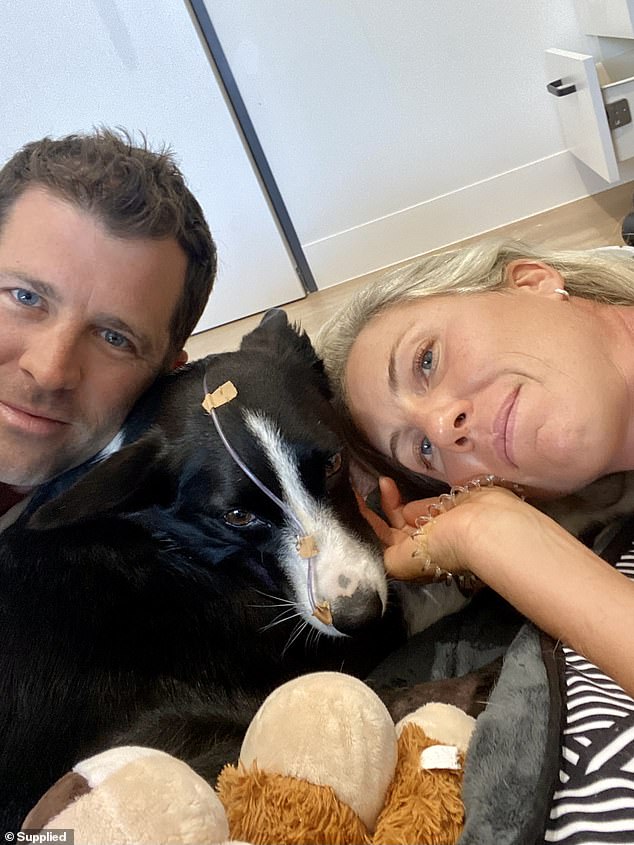 Bootsy (pictured) will no longer be playing with wooden sticks, only rubber sticks and balls