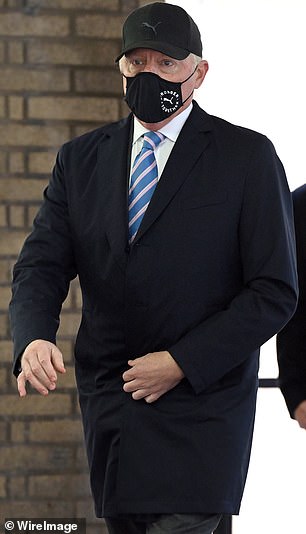 Boris Becker says he will clear his name amid allegations he hid more than £1 million in cash along with Wimbledon trophies and an Olympic gold medal during bankruptcy proceedings.

The former Grand Slam tennis champion, 52, is currently embroiled in a legal dispute relating to his current insolvency proceedings.

Mr Becker, a German national, was declared bankrupt in June 2017 but is accused of not complying with obligations to disclose information, and failing to hand over trophies so they could be sold to settle his debts.

He is standing trial at Southwark Crown Court accused of failing to declare assets and financial transfers, including a payment of €105,497 to his estranged wife Lilly.

Mr Becker denies all 28 charges against him. The tennis ace told Germany’s Bild am Sonntag newspaper that he is ‘still innocent and have the right to be treated as any other citizen would have been’.

‘I believe in the British legal system and its representatives,’ he said. ‘It goes without saying that I will be co-operative and correct on all points’.

He also claimed that Germany’s newspapers have been prejudiced against him.

‘The English media report relatively dry, soberly,’ he said. ‘In Germany, I have the feeling that there is a prejudgement going on here’.

He said German reports about him have been ‘not only outrageous and annoying, but it is also damaging to my reputation.’

In particular, he bemoaned the claim that he had been only released on bail.

Here he claimed that he simply needs to inform authorities 48 hours in advance, and then he is free to leave providing he says where he is going and for how long.

‘I have been given this condition and there is nothing to object to.’

Trophies listed on a 28-count indictment include the 1985 Wimbledon men’s singles title which catapulted the then-unknown 17-year-old to sporting stardom. 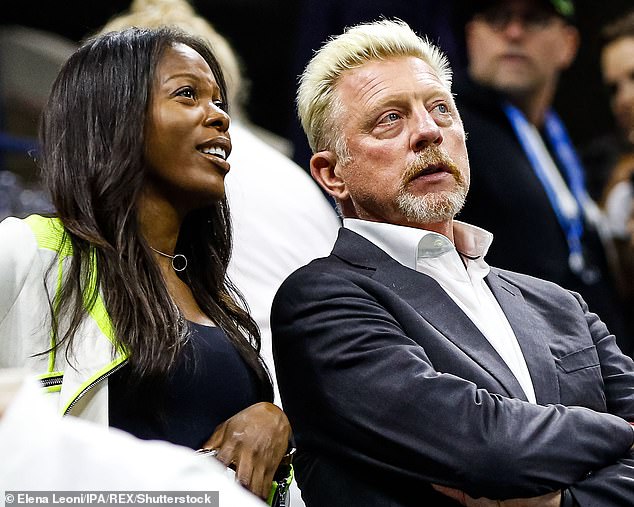 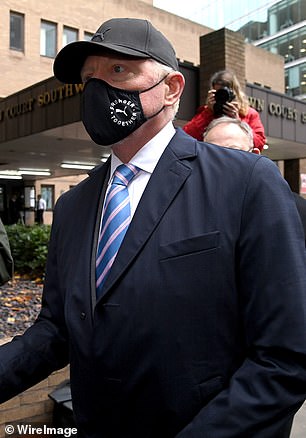 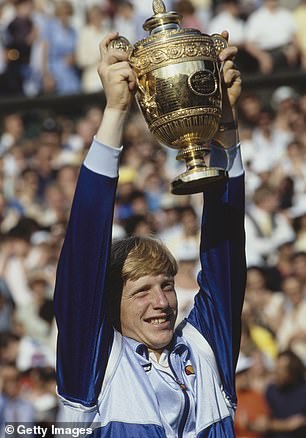 The 52-year-old German national, who was declared bankrupt in June 2017, is accused of not complying with obligations to disclose information including handing over his first ever Wimbledon Singles Champion trophy which he won aged 17 in 1985 (pictured right)

Also listed are his 1989 silverware from the same tournament and his Australian Open trophies in 1991 and 1996.

Becker pleaded not guilty to all counts when he appeared at Southwark Crown Court in London last week for a 45-minute hearing.

Becker spoke only to confirm his name, to enter his pleas, and to say that he understood that a warrant would be issued for his arrest if he absconded on bail.

He was told his trial would be listed to take place in September 2021.

Earlier, the retired sportsman and television presenter appeared to take a selfie as he entered the court building, in front of scores of assembled international journalists and photographers.

Defence counsel Jonathan Caplan said: ‘He [Becker] is determined to face and contest these charges and restore his reputation in relation to the allegations made against him.’

Becker was arraigned on a raft of charges that took more than 15 minutes to read to the court.

They included concealing more than £1million held in bank accounts, as well as property both abroad and in the UK.

The court heard that this included a charge that he failed, being bankrupt, to disclose his property interest in Coleherne Court, Chelsea, south-west London.

The indictment also contained similar charges for two properties in his home town of Leimen, between Frankfurt and Stuttgart, in Germany. 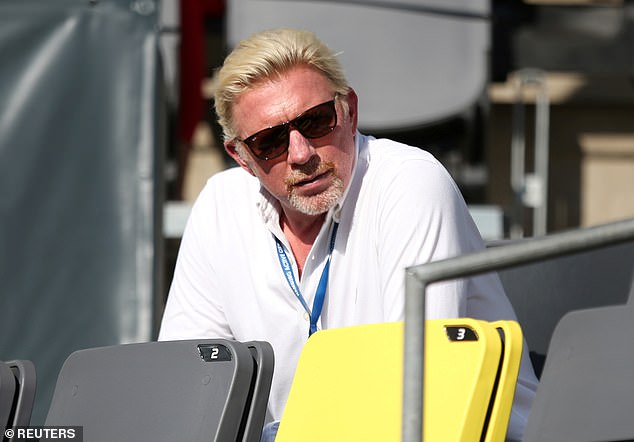 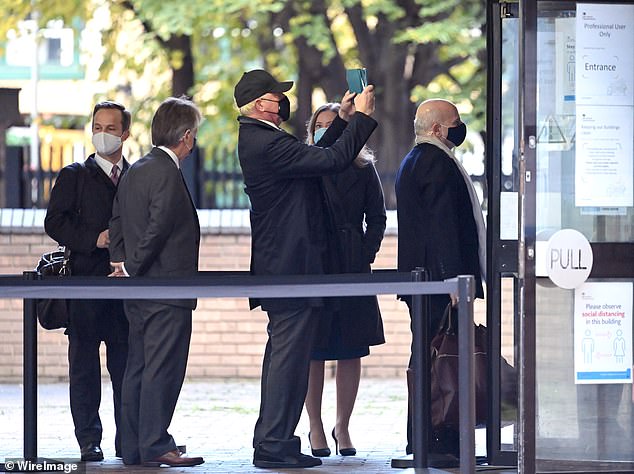 Becker is also accused of removing hundreds of thousands of pounds by transferring it to other accounts, including to former wife Barbara Becker, and estranged wife Sharlely ‘Lilly’ Becker.

It is also alleged he hid his holding of shares in a firm called Breaking Data Corp.

Becker was released on bail ahead of his trial next year, which is due to last up to four weeks.

The former world number one and six-time Grand Slam champion collected 49 singles titles out of 77 finals during his 16 years as a professional tennis player.

He was picked to enter the International Tennis Hall of Fame in 2003, and has been a commentator on the BBC and at tennis tournaments around the world.