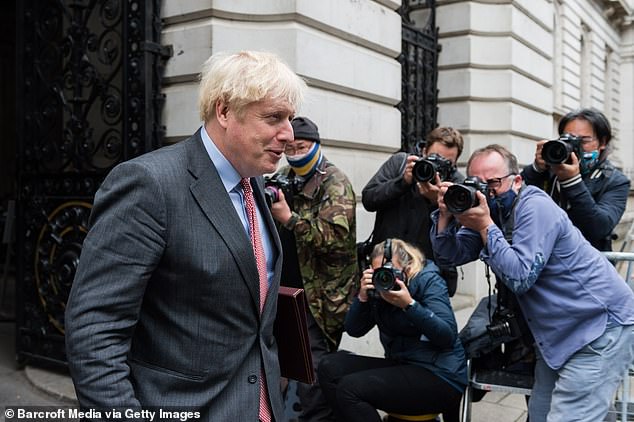 Eleven days to get a Brexit deal: Boris Johnson warns EU chief ‘time is running out’ as he sets deadline of October 15 summit for key trade terms to be in place

Boris Johnson has set an October 15 deadline for deciding whether a post-Brexit trade deal is possible as the UK and EU agreed to ‘intensify’ talks.

The PM told commission president Ursula von der Leyen that ‘time is running out’ to break the deadlock over fishing rights and state aid rules.

Ethiopia .. disagreements with Sudan and the Renaissance Dam node

Iraq .. Two protesters were killed and dozens were wounded in clashes with security forces in Nasiriyah

Amid fears that Brussels will try to run down the clock to secure concessions, Mr Johnson made clear in a phone call last night that Britain is ready to trade on ‘Australian’ terms – without any framework in place.

Unless the structure of a deal has emerged by the time of a summit of EU leaders on October 15, the UK has threatened to walk away and focus on preparing for that outcome.

Wrangling and rhetoric has escalated in recent weeks as the crunch moment in the trade discussions looms. The ‘standstill’ transition period is set to end on January 1 whether or not there is an agreement. 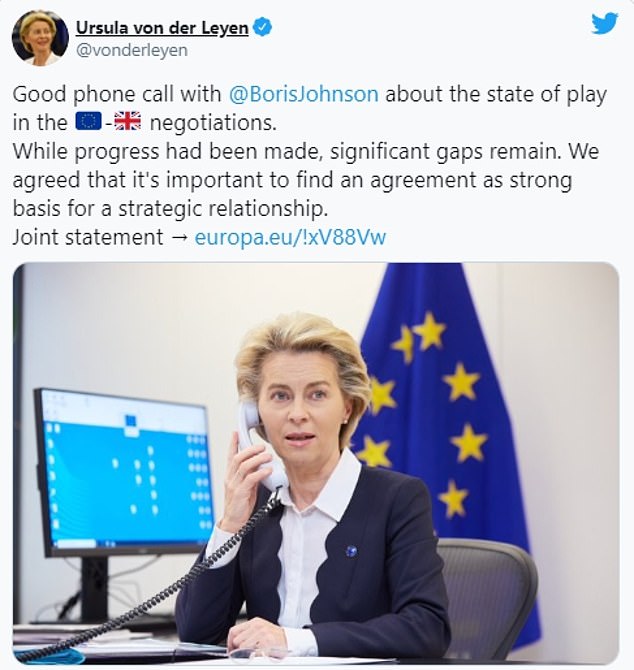 On Friday, UK chief negotiator Lord Frost cooled hopes of a breakthrough by warning that the standoff might be ‘impossible to bridge’.

Although he said the ‘outlines’ of a deal had been clear for a while, the EU ‘needs to move further’ and there was a major gap on fisheries.

Counterpart Michel Barnier admitted tensions remained over fisheries, governance and state aid. ‘To reach an agreement, these divergences must necessarily be overcome over the next weeks,’ he said.

‘I am concerned that there is very little time now to resolve these issues ahead of the European Council on 15 October.’

However, other indications have been more positive. Angela Merkel said she believed there was a ‘constructive path’ towards a resolution.

If they can see a way through, the two sides could decide to enter ‘the tunnel’ – an intensive phase of negotiations where both sides work on the same legal text amid high secrecy.

In a joint statement after a phone call between Mr Johnson and Ms von der Leyen last night, the two sides said: ‘They agreed on the importance of finding an agreement, if at all possible, as a strong basis for a strategic EU-UK relationship in future.

‘They endorsed the assessment of both chief negotiators that progress had been made in recent weeks but that significant gaps remained, notably but not only in the areas of fisheries, the level playing field, and governance.

‘They instructed their chief negotiators to work intensively in order to try to bridge those gaps.

‘They agreed to speak on a regular basis on this issue.’

According to the Sunday Times, Mr Johnson made clear that the UK will abandon the talks unless a deal is all but completed by October 15. The process could continue beyond that point if only details remain to be thrashed out.

Ms von der Leyen tweeted that they had a ‘good phone call’.

After a gathering of EU leaders last week, Mrs Merkel pointed to the UK’s recent agreement with Norway on fishing rights.

‘The agreement with Norway is at least an indication that [the British] are on a constructive path and I wouldn’t interpret that as bad news for us but rather as sign that agreements can be found,’ she told reporters.

Both sides will continue trade talks this week.

It comes despite Ms von der Leyen dramatically confirming last week that the EU is launching legal action against the UK for breaking the terms of the divorce terms in the Withdrawal Agreement.

Brussels had given Downing Street until the end of September to scrap the Prime Minister’s controversial proposals which are contained within the UK Internal Market Bill.

But the UK Government refused to budge and Ms von der Leyen said this morning that as a result the bloc has now started legal proceedings.

It has sent a ‘letter of formal notice’ to Number 10 which is the first step in the so-called ‘infringement procedure’ which could ultimately result in Britain being fined – although it is unclear how the sanction could be enforced. 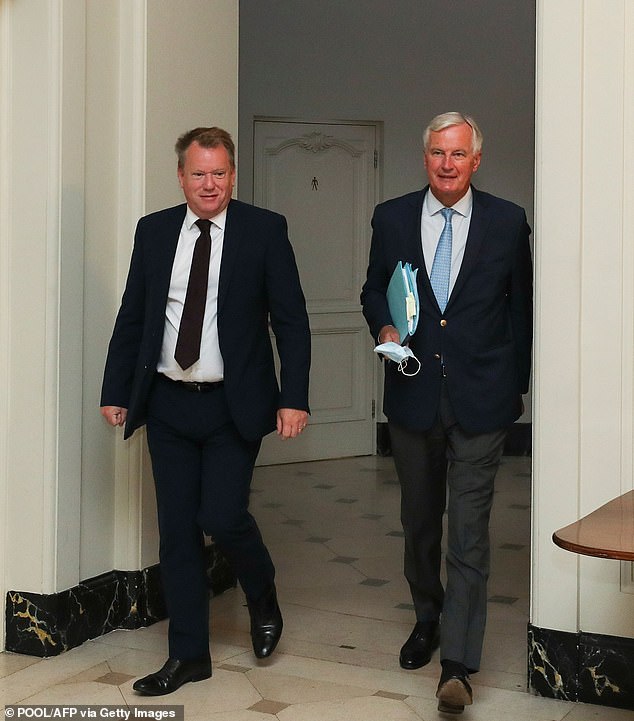 Downing Street has defended its approach.

‘We have clearly set out our reasons for introducing the measures related to the Northern Ireland Protocol,’ a Government spokesman said.

‘We need to create a legal safety net to protect the integrity of the UK’s internal market, ensure Ministers can always deliver on their obligations to Northern Ireland and protect the gains from the peace process.’

Israelis can now travel to Dubai. The Persian Gulf will never be the same

Coronavirus lockdown England: 17m in Tiers 2 and 3 though cases fell