‘I only scored four because you subbed me out!’ Erling Haaland reveals he gave Lucien Favre a blast after stunning display in Borussia Dortmund’s win at Hertha Berlin… as manager admits he lost count of how many the Norwegian had scored

Erling Haaland revealed his manager Lucien Favre had no idea how many goals he’d scored after netting four times in Borussia Dortmund‘s win over Hertha Berlin.

Television cameras captured the moment Favre held up three fingers to Haaland as they greeted each other at the final whistle, only for the Norwegian striker to tell him he’d actually scored four times.

And Haaland said afterwards he gave his manager a piece of his mind for taking him off with five minutes of the Bundesliga match remaining, believing he would have added to his goal haul. 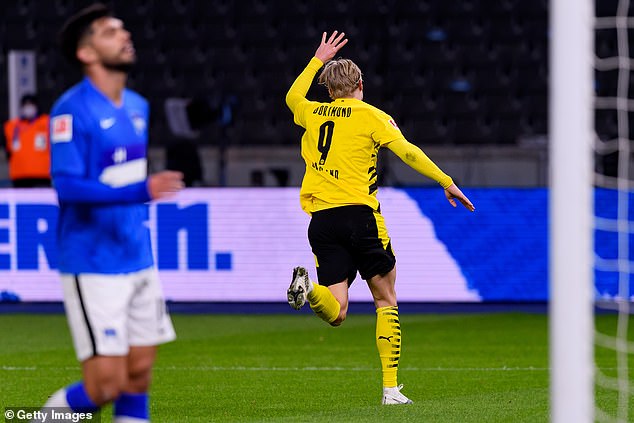 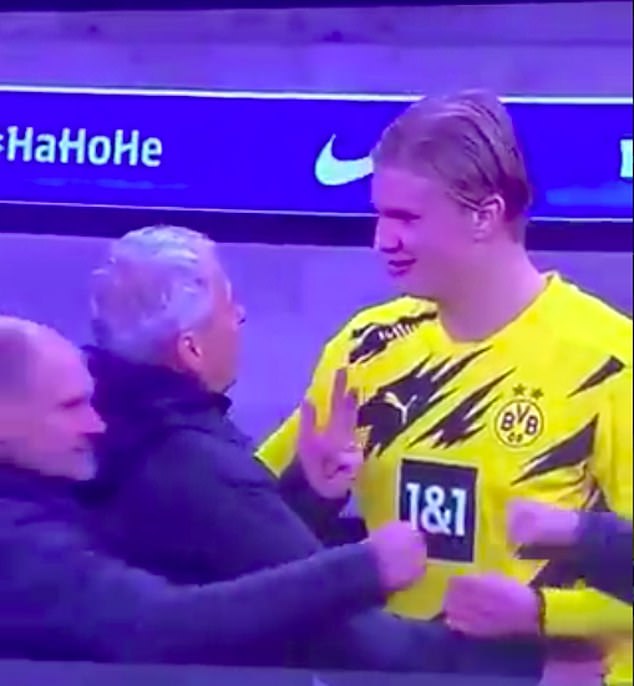 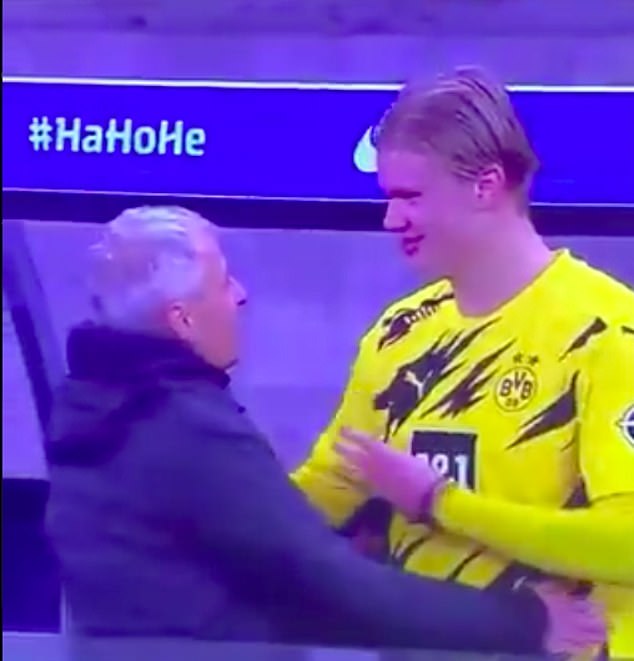 ‘To be honest after the game, [Favre] asked me how many I scored. He asked me: Did you score three?’ Haaland joked in an interview with ESPN.

Favre later admitted he hadn’t been counting Haaland’s goals, saying: ‘It’s true because I ma not just watching the goals, I am watching the passes too.’

Haaland, 20, now has an astonishing 15 goals in 12 matches for Dortmund this season, taking his tally to 10 in the Bundesliga and moving just one goal behind the league’s top scorer Robert Lewandowski. 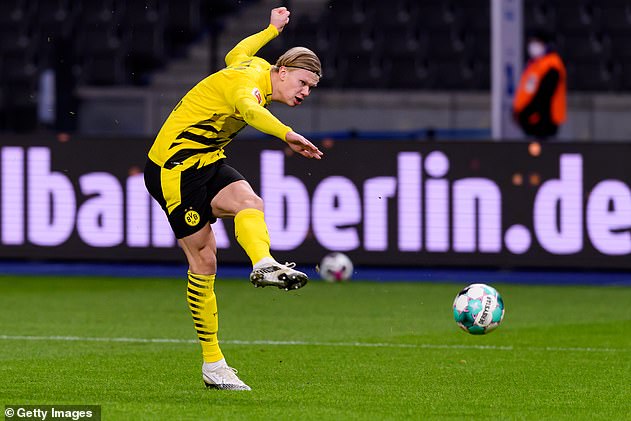 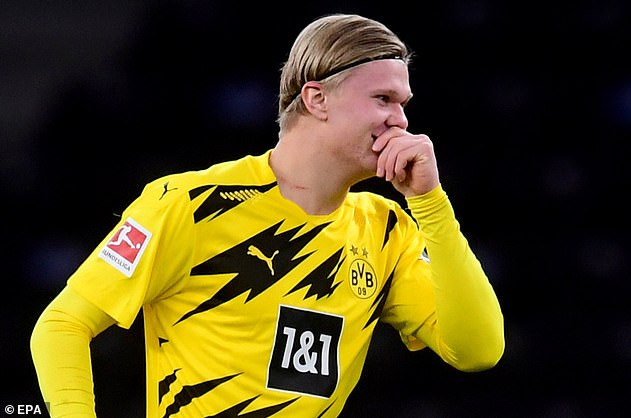 But Dortmund didn’t have it all their own way in the capital, falling behind to Matheus Cunha’s 33rd-minute strike for Hertha.

But Haaland turned things around with two goals inside the opening five minutes of the second-half before completing his hat-trick in the 62nd minute.

Raphael Guerreiro made it 4-1 to Dortmund in the 70th minute before Haaland netted his fourth nine minutes later. Cunha had converted a penalty seconds earlier but there would be no comeback. 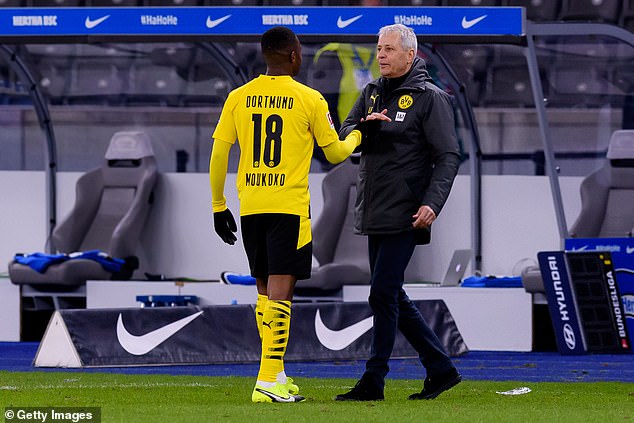 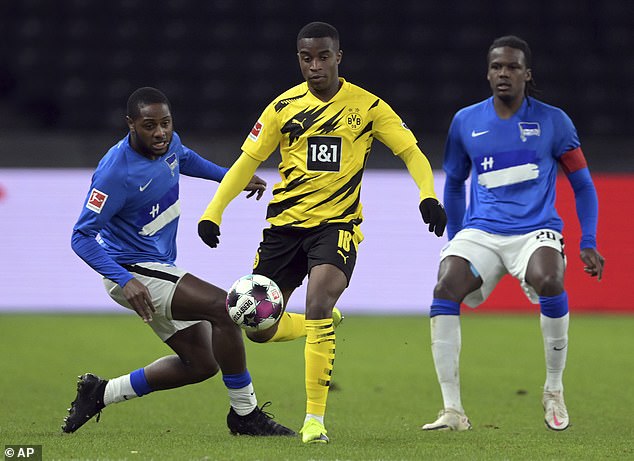 ’16 years and one day, that is quite amazing. He has a big career ahead of him.

Having closed to within one point of Bundesliga leaders Bayern Munich, who were held 1-1 at home by Werder Bremen, Dortmund shift focus back to the Champions League and a home game with Club Bruges this Tuesday.

They currently top Group F by a point from Lazio.