Bosnia & Herzegovina 0-0 Holland: Frank de Boer’s stuttering start continues as his Dutch side are held to a frustrating draw after midweek defeat by Mexico in the Nations League

Netherlands continued their poor start to life under new manager Frank De Boer with a slack 0-0 draw away at Bosnia & Herzegovina in the Nations League on Sunday.

The former Crystal Palace boss led his side to a 1-0 defeat against Mexico in Amsterdam this week and is still waiting for his side to score their first goal under his stewardship after two matches.

The Dutch fielded a strong side which included the likes of Frenkie De Jong, Virgil Van Dijk and Gini Wijnaldum but could not find a breakthrough in Zenica. 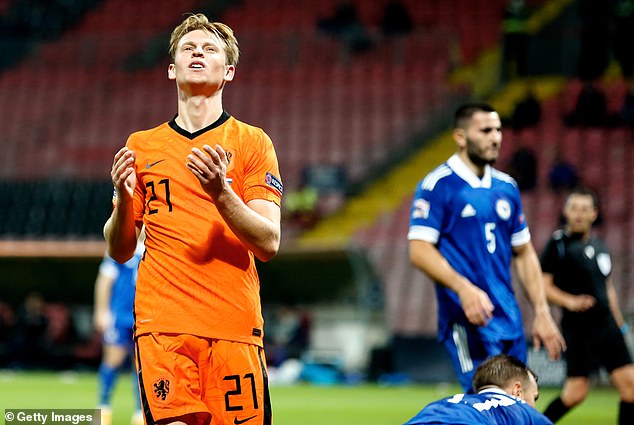 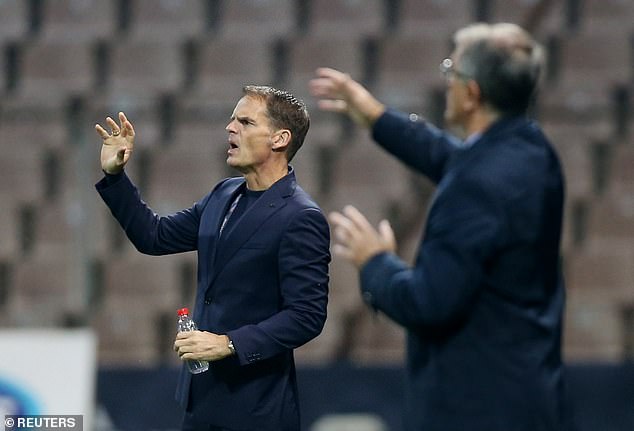 The Dutch threatened early with defender Stefan de Vrij finding space in between the Bosnian defence in their penalty area but got only a glancing touch to a good heading opportunity in the fifth minute.

Quincy Promes booted a shot well over the top in another half chance for the Dutch and De Vrij had another glancing header in a limp first half from both sides.

Bosnia came alive when 34-year-old skipper Edin Dzeko was sent on as a substitute for the last half hour.

He was immediately involved in several breakaways, the best of which saw him set up Miralem Pjanic up for a shot that forced Dutch goalkeeper Jasper Cillessen into his first save of the game, after 68 minutes. 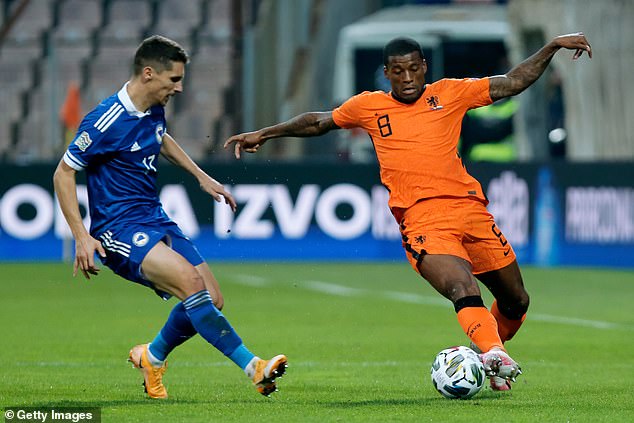 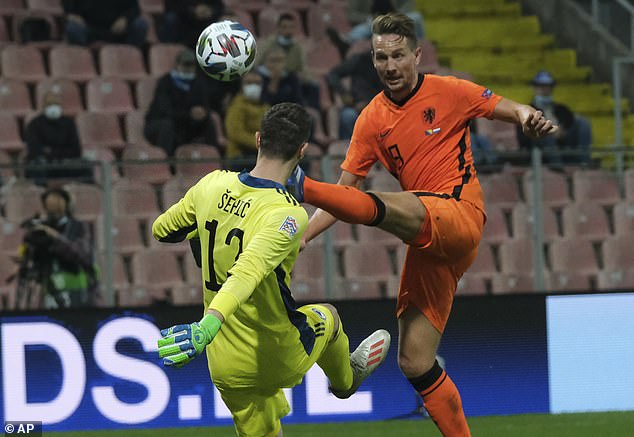 That stirred De Boer into making changes and two new players the right hand side quickly lifted the Dutch out of their lethargy.

Frenkie de Jong got the visitors’ first shot on target in the 77th minute, turned away by Bosnia goalkeeper Ibrahim Sehic, and from the resultant corner Luuk de Jong watched in disbelief as his powerful header was also pushed around the post in a breathtaking save.

With five minutes left, Frenkie de Jong should have finished off a pull back from Steven Berghuis but defender Darko Todorovic dived to block the goal-bound effort. 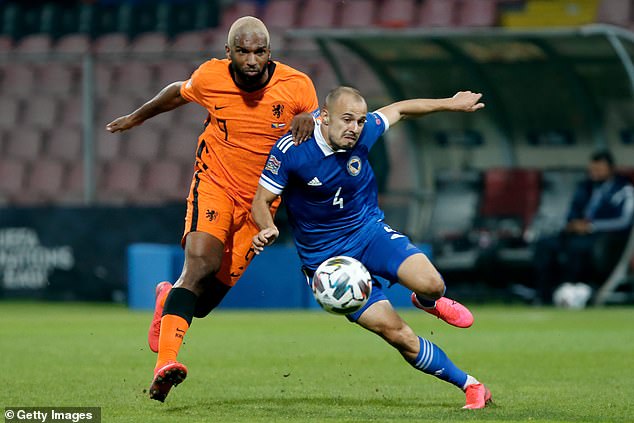 In stoppage time, Ryan Babel should have snatch a late winner but blasted wide from point-blank range to sum up a disappointing night for the Dutch.

Holland’s run of fixtures does not get any easier as they face Roberto Mancini’s Italy on Wednesday.

Netanyahu trial hearing postponed due to the general lockdown

Yakuza on Xbox Series X Is a Delightfully Weird RPG

His ex-fiancé Jennifer Lopez could have triggered a stir with on-again boyfriend Ben Affleck over the...