Bournemouth 1-0 Bristol City: Arnaut Danjuma comes off the bench to late strike as unbeaten Cherries move up to second in the Championship

By James Ayles For The Daily Mail

Arnaut Danjuma earned praise from his manager after climbing off the bench to maintain Bournemouth’s unbeaten league record with victory at home to promotion rivals Bristol City.

The Cherries move up to second in the Championship table while their opponents are now winless in four games and slip down to sixth place.

Both sides struck the woodwork in difficult conditions on the south coast before Danjuma’s decisive intervention late in the game. 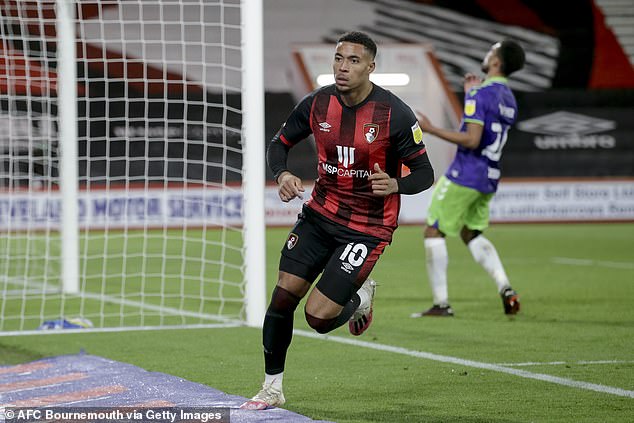 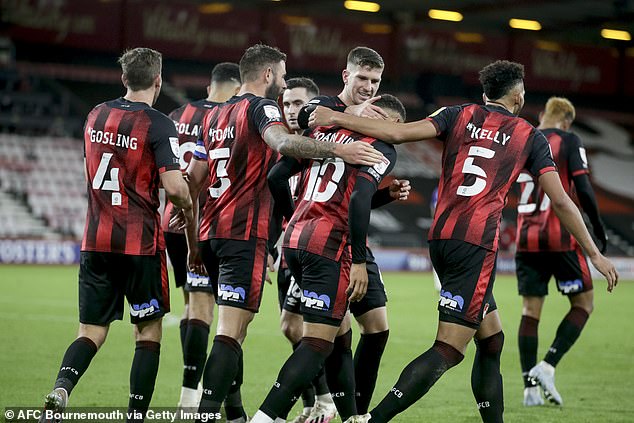 On the Dutch international’s winner, Bournemouth boss Jason Tindall said: ‘When you look around and see someone with the quality of Arnaut Danjuma to go on there and deliver the 20 minutes that he did, it is excellent for us.’

On the unbeaten run, Tindall added: ‘To go eight games undefeated at the start of the season in any league is a really good achievement and the players have to take a lot of credit for that for the hard work they have put in.

‘That is where we want to be, towards the top of the league.’ 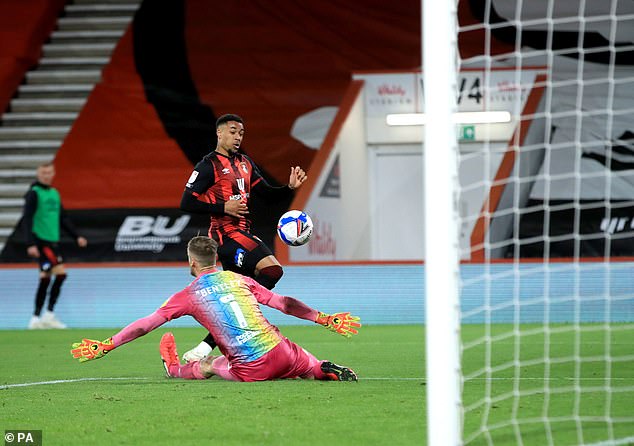 Young Robins striker Antoine Semenyo carved out the first opportunity, twisting and turning inside the box before firing wide.

They were denied again when Joshua King leapt to clear Tomas Kalas’ header off the line before a swift counter saw Dominic Solanke’s effort from a narrow angle deflected just wide.

With seconds remaining in the first half, Bristol City’s Famara Diedhiou wriggled through several challenges inside the box but saw his scuffed shot deflected onto the post.

The hosts should have taken the lead when Lloyd Kelly burst into the box and squared for Solanke but the ball somehow ricocheted off the woodwork, before Stanislas fired inches wide as the pressure built.

After Diedhiou’s weak header was saved by Begovic, the hosts had claims for a penalty waved away when Solanke was felled by keeper Dan Bentley while trying to force a loose ball home.

With 10 minutes left, Solanke slipped substitute Danjuma through to convert smartly for the winning goal.

Dean Holden threw on Chris Martin and Nakhi Wells in search of a winner but the Robins boss was left rueing missed opportunities as his side fell eight points behind leaders Reading.

He said: ‘We have absolutely dominated the first half and I don’t think anyone can argue with that. They haven’t had a shot on goal really, Bentley has had nothing to do. We switch off with ten minutes to go against quality players and they make you pay.’ 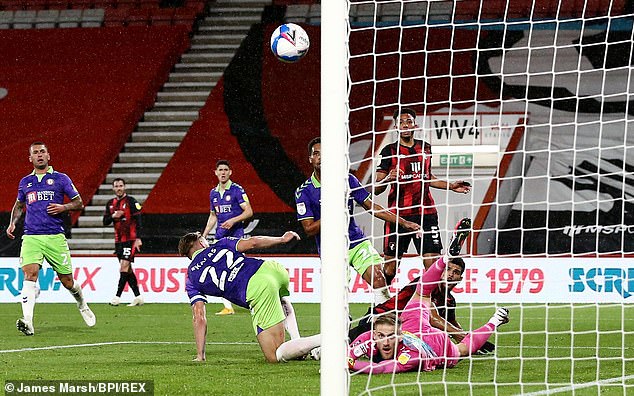