A newlywed ‘gym bunny’ diagnosed with stage four bowel cancer after a routine blood test has issued a warning about three symptoms everyone should know about.

After tying the knot in November 2020, Rachel Ferguson, 32, and her husband Glen, 40, were excited to try for their first baby.

The preschool teacher from Tauranga, on New Zealand‘s North Island, visited her GP to switch medication for a pre-existing blood condition believed to be unsafe for pregnancy, but while she was there a test showed she was severely deficient in iron.

When her doctor asked if she had been bleeding, Ms Ferguson – a fitness fanatic who eats organic food and trains in the gym five to six times a week – recalled noticing tiny drops of bright red blood in her stool over the past two months.

She said she had also felt more bloated than usual and had started to become lightheaded whenever she stood up, but assumed both were caused by the stress of rescheduling a wedding for the second time during a pandemic. 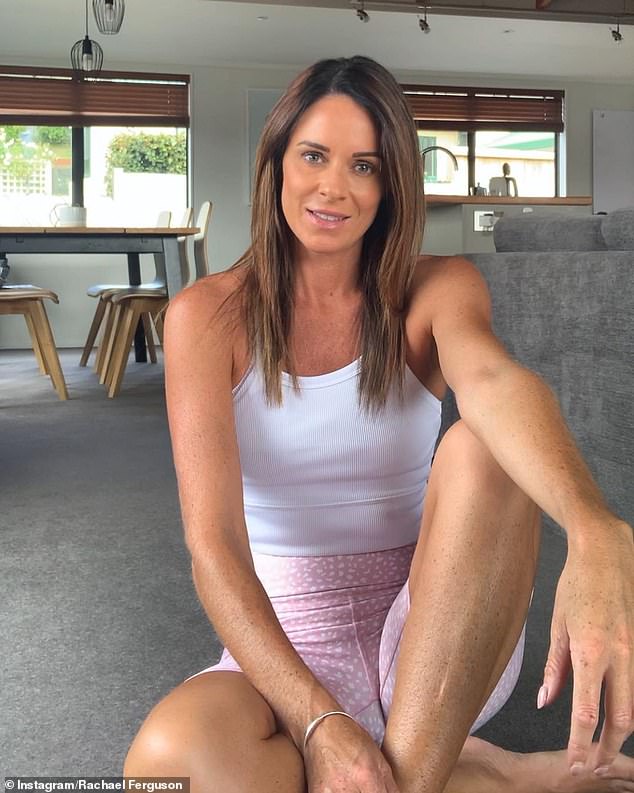 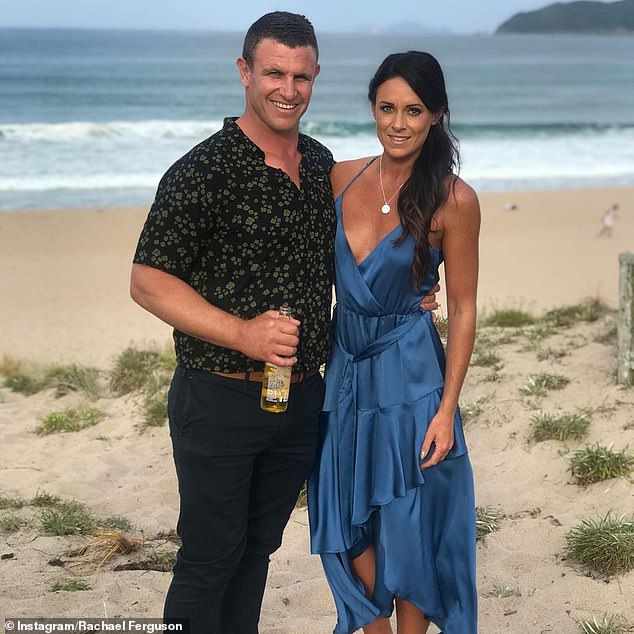 The 32-year-old (right, with husband Glen) visited her GP to switch to pregnancy safe medication for a pre-existing blood condition, but a routine test showed she was severely deficient in iron

Ms Ferguson was referred for a scans and a flexible sigmoidoscopy, a less invasive form of colonoscopy that only examines the lower section of the colon, which showed tumours had grown there as well as on her liver.

Less than two months after her wedding day, the super-fit woman who had competed in bodybuilding contests as recently as 2018 was diagnosed with stage four bowel cancer.

‘Even now I can replay it perfectly in my head. It was like an out of body experience,  just totally surreal,’ Ms Ferguson told Daily Mail Australia.

Because of her age and her desire to have children, doctors scheduled a surgery to remove the tumours before starting Ms Ferguson on a six-month course of chemotherapy, which would buy her enough time to freeze her eggs.

The operation on February 26 proved successful, with surgeons removing all traces of cancer.

‘I know I am very, very lucky,’ Ms Ferguson said. 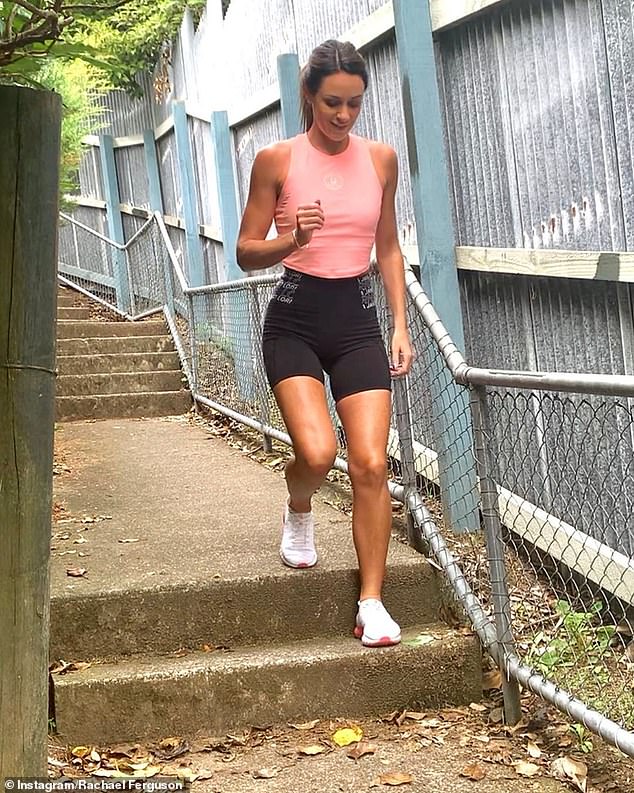 Ms Ferguson (pictured), a fitness fanatic who eats organic food and trains in the gym five to six times a week, is not the usual face associated with cancer 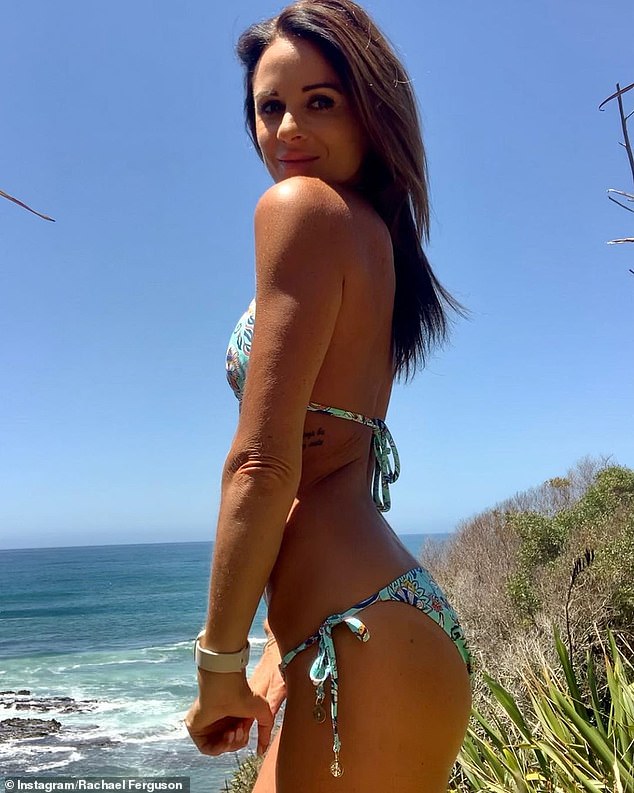 Less than two months after her wedding day, the super-fit woman who had competed in bodybuilding contests as recently as 2018 was diagnosed with stage four bowel cancer

Aside from the three symptoms she is desperate for others to know about, she said she felt perfectly healthy – ‘a million dollars’ – before her diagnosis.

Ms Ferguson said she had more energy than ever and never felt fatigued, which is often touted as one of the biggest telltale signs of bowel cancer.

‘Honestly I never thought I had any reason to see a doctor or to be concerned,’ she said.

Doctors are hopeful that chemo will put Ms Ferguson into remission, and despite her advanced stage diagnosis they say the aim is to cure her – not just to prolong her life.

‘It’s been very scary but so far thankfully things have worked out exactly as I needed them to,’ she said. 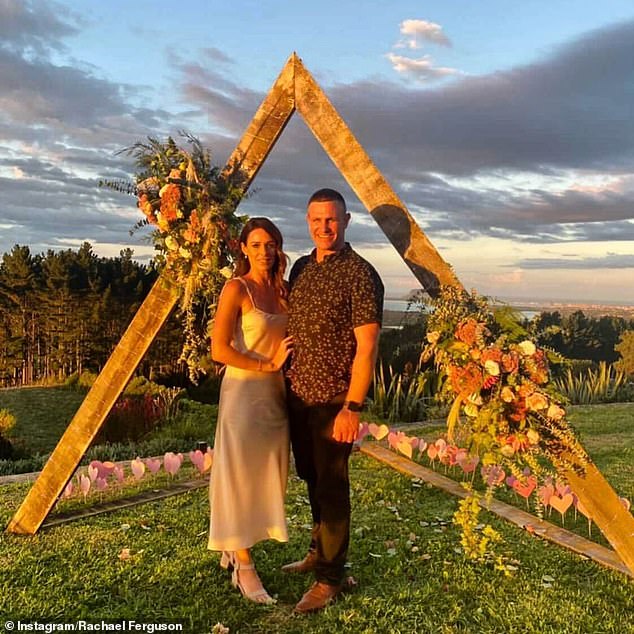 Before her diagnosis, Ms Ferguson (pictured) said she had more energy than ever and never felt fatigued, which is often touted as one of the biggest telltale signs of bowel cancer

Ms Ferguson is battling a disease that claims the lives of roughly 1,200 New Zealanders each year, a mortality rate similar to that of breast and prostate cancers combined.

With close to 3,000 cases annually, it is the second most common cancer in New Zealand, only behind prostate cancer. It is more common in those over 50 than any other age.

Bowel Cancer NZ estimates that one in 18 New Zealanders will develop the disease  in their lifetime.

Bowel cancer is notoriously difficult to diagnose because early stage symptoms are vague and easily confused with those of less sinister illnesses such as irritable bowel syndrome (IBS), which often leads to lengthy delays in treatment. 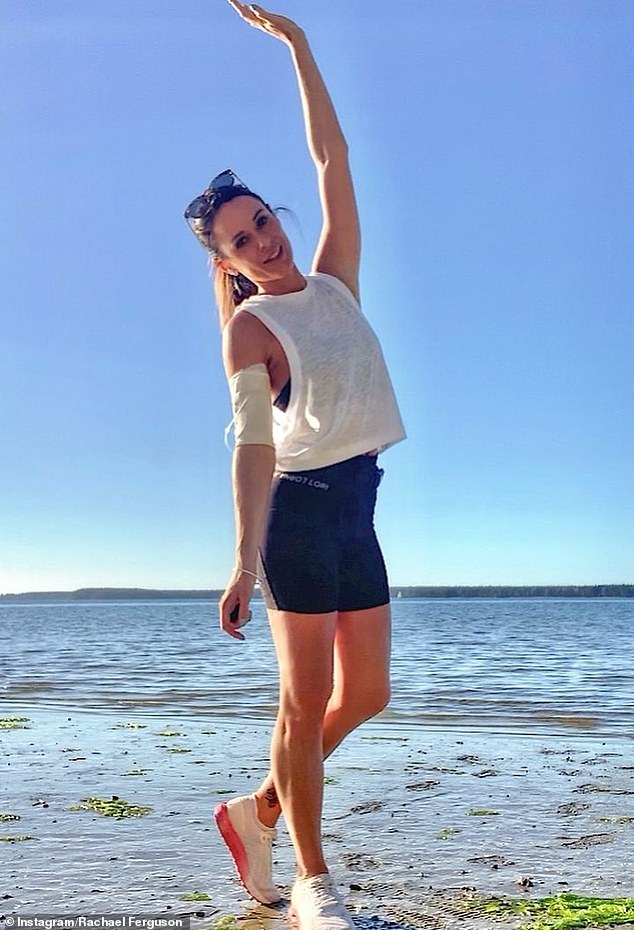 Ms Ferguson (pictured) is battling a disease that claims the lives of roughly 1,200 New Zealanders each year, a mortality rate similar to that of breast and prostate cancers combined

Patients in advanced stages of bowel cancer may experience bleeding from the rectum or blood after bowel movements, which should be reported to a doctor as soon as possible.

Early detection dramatically increases the chance of successful treatment and long-term survival, meaning early intervention can make the difference between life and death.

New Zealand offers free bowel cancer screening for men and women between 60 and 74, but Ms Ferguson doesn’t believe her government is doing enough to raise awareness about how the disease can effect young people.

‘Our health system needs a really big facelift,’ she said.

Ms Ferguson, a proud ambassador for Bowel Cancer NZ, is urging women to take note of unexplained fatigue and weight loss as well as small changes in their bowel habits. 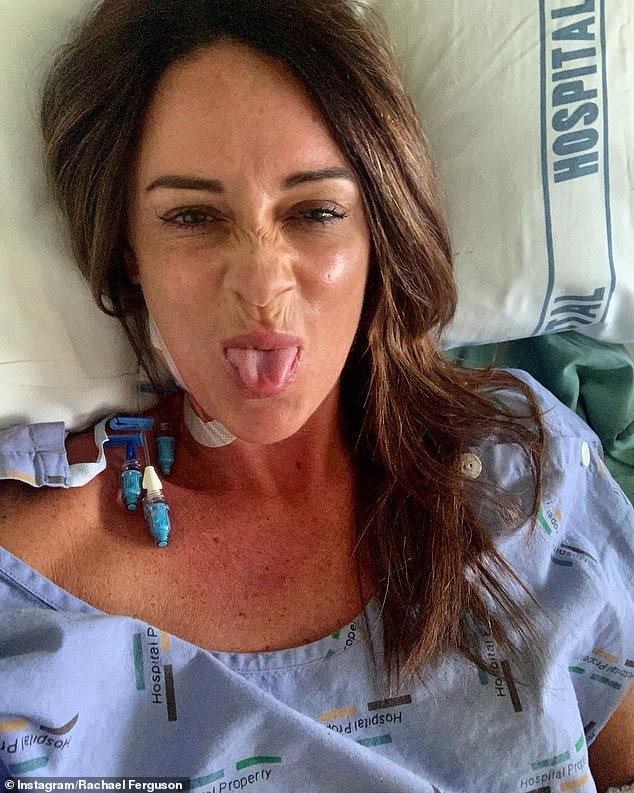 Ms Ferguson (pictured), a proud ambassador for Bowel Cancer NZ, is urging women to take note of unexplained fatigue and weight loss as well as small changes in their bowel habits

She said blood in the stool more than once a week, stomach cramps that aren’t connected to your period and changes in bowel movements – however insignificant they may seem – are all signs that should be checked with a doctor.

Videos uploaded to her Instagram account have attracted tens of thousands of views and troubling responses from women who say their stomach and bowel complaints are not taken seriously by doctors.

One even said she was told she was ‘too young’ to be tested.

‘I just find it hard to fathom when there’s so many people, even younger than me, getting diagnosed with bowel cancer. So how can you say you’re too young to have it therefore you won’t have it,’ Ms Ferguson said.

‘If you feel like something is wrong, just go and get a checkup. You know your body better than anyone.’