A socialite who stole thousands of dollars from those closest to her claims she was a ‘target’ during her ‘frightening’ and humiliating prison sentence.

Annabel Walker served 10 months behind bars, including a stint in Silverwater prison, after being jailed for fraud and deception in September last year.

Walker stole and extorted about $26,000, including defrauding her former employer, hotel operator Australian Leisure Group, out of $17,000. 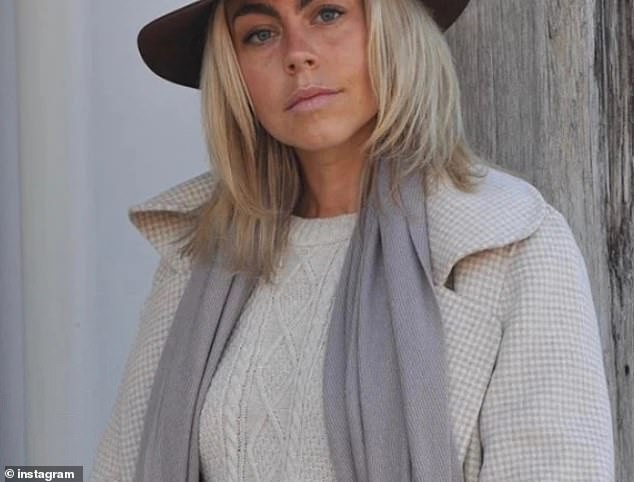 The conwoman (pictured) was jailed last year on separate charges after defrauding her employers, landlords and friends thousands of dollars

In an interview on No Filter published on Monday, she said many of her victims did not come forward but wants them all to ‘look back [and] be proud’ of her as she reinvents herself as a women’s prisoner rights advocate.

Walker said while in jail she was a ‘target’ for being eloquent.

‘I definitely did have a target on my back because I was well-spoken and I also was just oblivious to everything going on,’ she said.

‘There’s two kinds of people in jail. There’s the ones that look at you and just see that you’re suffering and you might be weak and they might want to help you. And then there’s ones that see that as “I’m gonna walk all over you.”‘

But while wearing prison greens at Silverwater Correctional Centre she said she was bailed up by another inmate.

‘You call an officer, I would’ve been labelled a dog… so you have to ride it out and that’s probably the worst,’ she said.

‘It’s not a safe place, it’s a frightening place.

‘There may be fights. And I’ve seen some shocking things in there, but there’s also a lot of love.’ 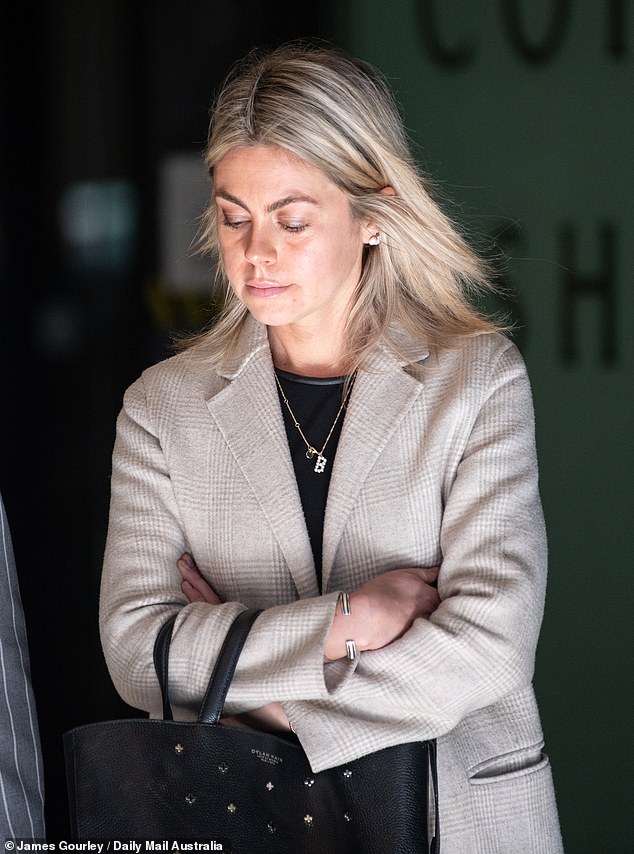 The 32-year-old (pictured) was sentenced to 14 months behind bars with a seven-month non parole period after stealing $3,100 from a friend and running a Gumtree rental scheme in 2019

The former socialite said she watched a prisoner in the block across from her have a stillborn baby at eight months pregnant after shooting up while in jail.

‘There’s a lot of drugs in prisons, but women that are pregnant like a woman shot up something at eight months pregnant and lost her baby,’ she said.

‘She’d stayed sober for eight months, got the temptation and then she had a stillborn.’

Walker described having regular ‘degrading’ strip searches at all hours of the day and night.

‘If you have your period you have to pull your tampon out and show them that it’s not drugs. And I’ve had that happen where I’ve had my period and pretty degrading,’ she said.

She said her uncle and grandmother both died while she was behind bars, meaning she missed both of their funerals. 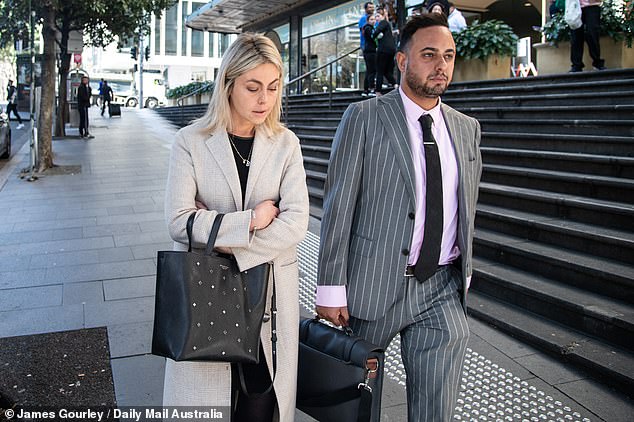 The former inmate described her crimes of stealing and defrauding those closest to her as ‘a web of destruction’.

While on bail, Walker was found to have lied to police while on bail by providing fake letters saying she was receiving treatment at Southern Highlands Hospital.

When asked whether she had other victims who did not come forward out of embarrassment, Walker said: ‘Yeah that is true. And that is something that I live with every day.’

She claimed to have stolen around $25,000, despite being charged for stealing $26,000 and admitting to having more victims.

Walker said she would never commit another crime, but hoped her victims would look back and ‘be proud’ of the changes she had made to her life.

‘I can say this on air, I will never commit another crime. And you can hold that to me,’ she said.

‘I hope [my victims] see that this person that committed those crimes is not gonna do that again and doesn’t do it again. I hope one day they might look back be proud.’ 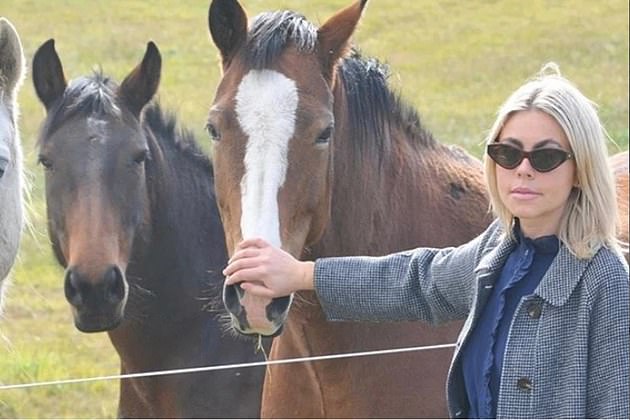 Despite admitting to stealing to fund her lavish lifestyle, Walker insisted she was still a ‘kind and caring’ person.

‘I am a really kind, caring person. That’s probably one of my biggest flaws. I’d had such low self-worth I used to try and make everyone like me more,’ she said.

She said she put her former partner and his children ‘before anything’ despite admitting to stealing from him using credit cards.

‘I still am a kind and caring person. And I always… the life that I had with my partner and his kids, I put them before anything,’ she said.

Her boyfriend stayed with her throughout prison, but the pair have since split up.

However, Walker insists he is still her ‘person’ and is hopeful they will get back together. 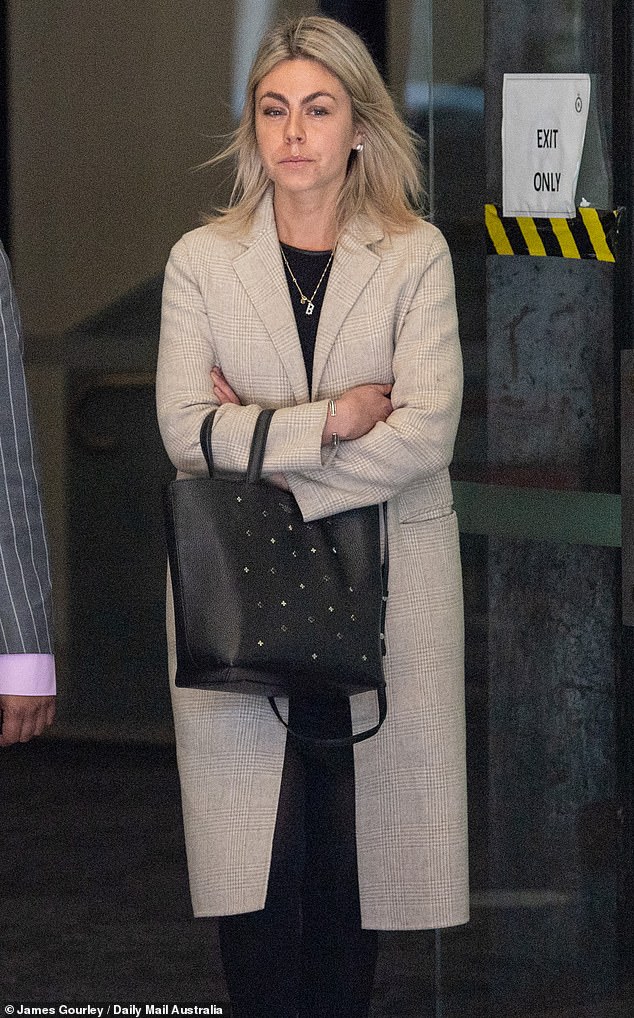 Walker gave different explanations for her crimes, claiming at one point she was just trying to keep up a ‘normal lifestyle’ and pay bills.

She also said: ‘I was constantly trying to keep up this life and lifestyle that I was in, but I didn’t do it the right way.’

‘When you’re in that mind frame you’ll do anything to survive or anything to try and get out of something.’

Walker said she was on Centrelink as she waited to see if she got a job in ‘women’s justice’ through a prisoner reform program.

She said she is living with ‘a family’ rent-free and has paid back most of the money she owed victims.

She said she still feels stigmatised by her time in prison, and has created an Instagram account calling herself a ‘former inmate, presently evolved and in the process of women’s prison and justice advocacy.’

‘You feel like you’ve got a sign on your head that says I just got out of jail, and I still feel like that everywhere I go and it’s awful,’ she said. 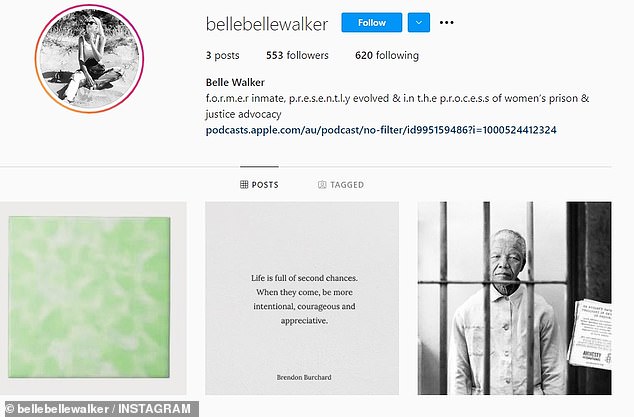 Skinny shaming is real. But experts warn against comparing it to fat shaming.

EURO 2020: This is your quick guide to Finland - form, fixtures, and players to watch

The Emirati “Al-Amal” probe … What happens after its successful arrival to the Martian orbit?

Montreal's Josh Anderson scored on Vegas goalie Marc-Andre Fleury's misplay, then gets the overtime winner as...