Boxing icon Roberto Duran, 69, in hospital in Panama after testing positive for coronavirus


Boxing icon Roberto Duran, 69, in hospital in Panama after testing positive for coronavirus amid fears from his family over his damaged lung

Boxing legend Roberto Duran has been hospitalised after testing positive for coronavirus.

The former four weight world champion, who recently celebrated his 69th birthday, is one of sport’s most beloved icons having established himself as one of the four kings of boxing alongside Marvin Hagler, Thomas Hearns and Sugar Ray Leonard in the golden age of the 1980s and 1990s. 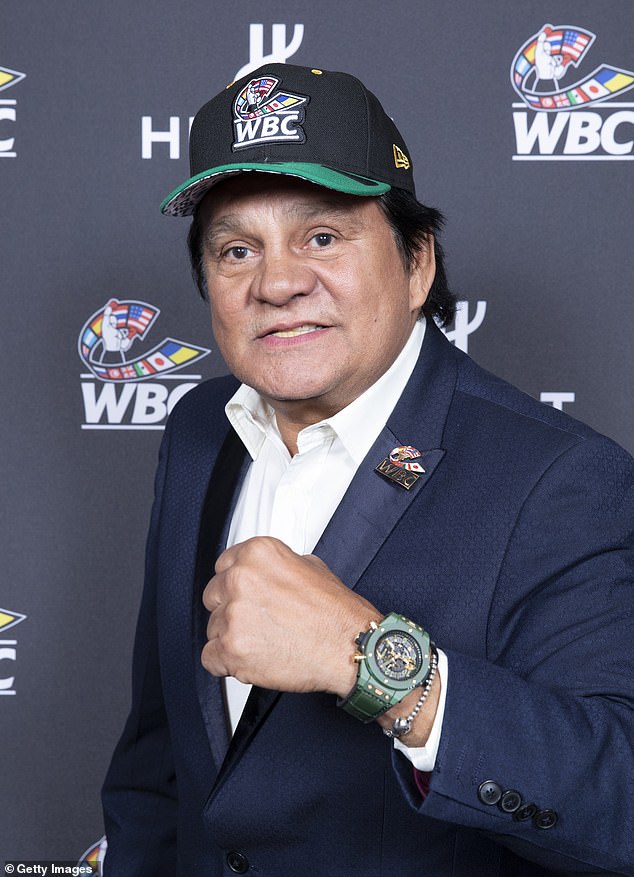 His son, Robin Duran, confirmed the legendary boxer had contracted the virus in a post on Instagram but said that his symptoms were not serious at the moment.

‘Test results have just arrived for my dad, and they confirm he is positive for Covid-19,’ he wrote.

‘Thank God for now he doesn’t have symptoms beyond a cold. He is not in intensive care nor on a respirator, just under observation.

‘We’ll be passing on more information over the days.’

Duran was taken to hospital as a precaution due to one of his lungs not functioning properly following a car crash in Argentina back in 2001.

Doctors performed life-saving surgery on Duran before the Panamanian great decided to close the curtain on his iconic career which had spanned across three decades.

Duran, nicknamed ‘Hands of Stone, is widely regarded as one of the best lightweight boxers ever and went on to win world titles in four different weight classes.

His finest night came when he defeated rival Ray Leonard in 1980 to win the WBC welterweight strap but is best remembered for their rematch which went down in the history books as the ‘No Mas’ fight.

Duran had ballooned up in weight in the interim and was outclassed by Leonard and withdrew midway through the fight by famously saying ‘No Mas,’ meaning ‘No more’ in translation, though he denies those words ever coming out of his mouth.

Duran’s last fight was a defeat against Hector Camacho in July 2001, which saw him end his career with an astonishing record of 103 victories and 16 losses.

The former boxer’s homeland of Panama has the most confirmed coronavirus cases and deaths in Central America and on Thursday, over 1,000 cases were recorded.

At least 20 million may have had coronavirus in the US, according to government estimates

Italy votes to slash size of parliament by a third

Xbox Series X Preorders Could be Limited at GameStop Stores

Despite a warning from the NFL last week, Jon Gruden and Sean Payton were shown not...

The long-running debate over greening the land