Boy, 13, survives being sucked into an Illinois storm drain and dragged half a mile

A 13-year-old boy has spoken of his terror at getting sucked into a storm drain in Illinois and swept half a mile before he was rescued.

Sebastian Calderon was playing with his friend in front of his home in Marissa, Illinois, on Saturday when the current entrapped him.

‘It was raining and we were just out here playing, and I was going to grab a ball and then just went underneath,’ Sebastian said, speaking to Fox2 News on Monday. 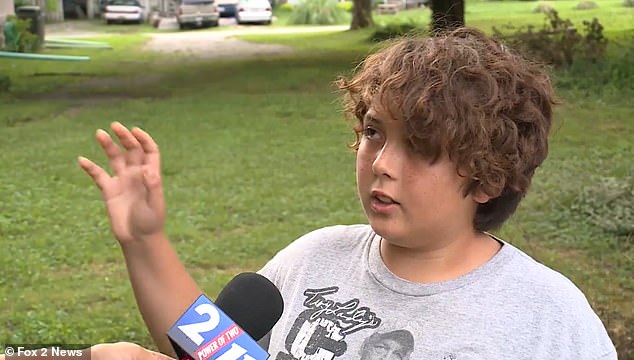 Sebastian Calderon, 13, was playing with his friend by his home on Saturday when he went to rescue his football, and was swept into a storm drain

His friend, Xavier Trammeal, added: ‘We were just right there trying to get the ball and he just went right in.’

The same day that Sebastian was swept away, a 12-year-old girl in St Louis, Aaeleya Carter, died when she was swept away in floodwaters.

The car she was in was swept off the road in a storm. Three children and one adult were in the vehicle at the time, and the little girl was dragged away in the currents and killed. 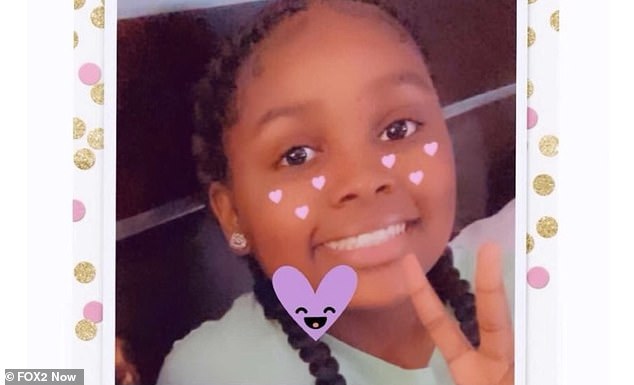 Aaeleya Carter, 12, died on Saturday when the car she was in got caught up in floodwaters in St Louis, and she was swept away

In Illinois, Trammeal ran to tell Sebastian’s mother what had happened.

Christy Stoddard and her husband witnessed the entire thing and ran to help.

‘We’re sitting on the deck just kind of watching it and it goes that quick,’ she said.

‘So, we see the boys come through and he says something about those kids are going to fall in that creek and it was no sooner than that came out of his mouth when Sebastian went down and it was just chaos.’

Stoddard ended up falling into the creek herself, but her husband was able to pull her out before she was sucked into the culvert herself. 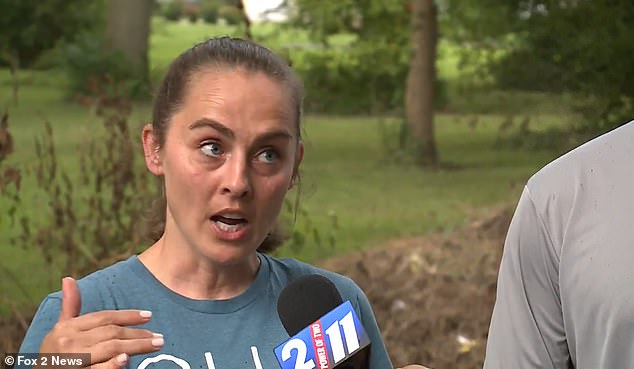 Christy Stoddart tried to rescue her son, but was almost swept away herself, she told Fox2 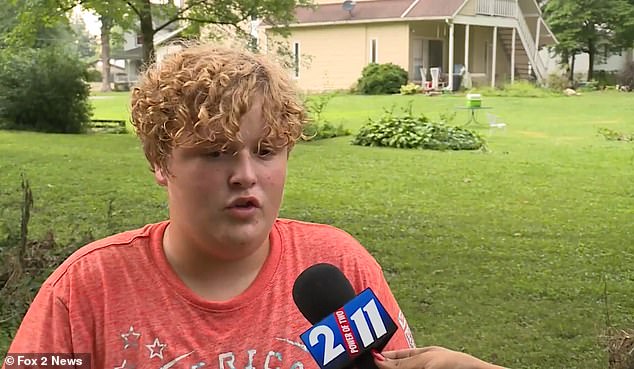 Xavier Trammeal told how he was playing with Sebastian in the street. When Sebastian was swept away, Xavier ran to get help

The terrified parents, with Trammeal by their side, could do nothing but wait and pray that Sebastian made it out on the other side.

Sebastian said it was dark in the culvert and he could not see his surroundings.

‘When I first went in I started to pray.

‘I kept using my hand to see if it was out of water so I could come up and get some breath,’ he said. 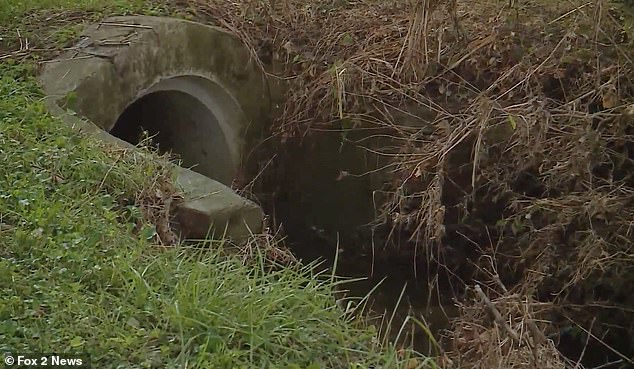 Sebastian ended up being swept through this tunnel, praying until he was rescued

‘Then I just kept going and at the end I started seeing drains. I kept trying to grab onto them but I couldn’t.

A local fireman was waiting for Sebastian at the storm drain exit.

The teenager suffered a bumps and bruises, but was miraculously unscathed.

‘I got scratches on my hands and knee and that’s about it. And the back of my head,’ he said. ‘When I tried to go up and get a breath, sometimes I just got banged down.’

Marissa residents say for the past six years, flooding in the area has become a danger to the community.

‘Anytime we get more than a couple inches of rain, child almost dying. Something has to be done,’ Stoddard said.

The community is thankful Calderon survived, but residents are ready for local leaders to step up regarding the flooding that has now become life-threatening.

Richard Trumka, who rose from the Pennsylvania coalmines to develop into one of many nation's strongest labor leaders, died...

How to retire a millionaire